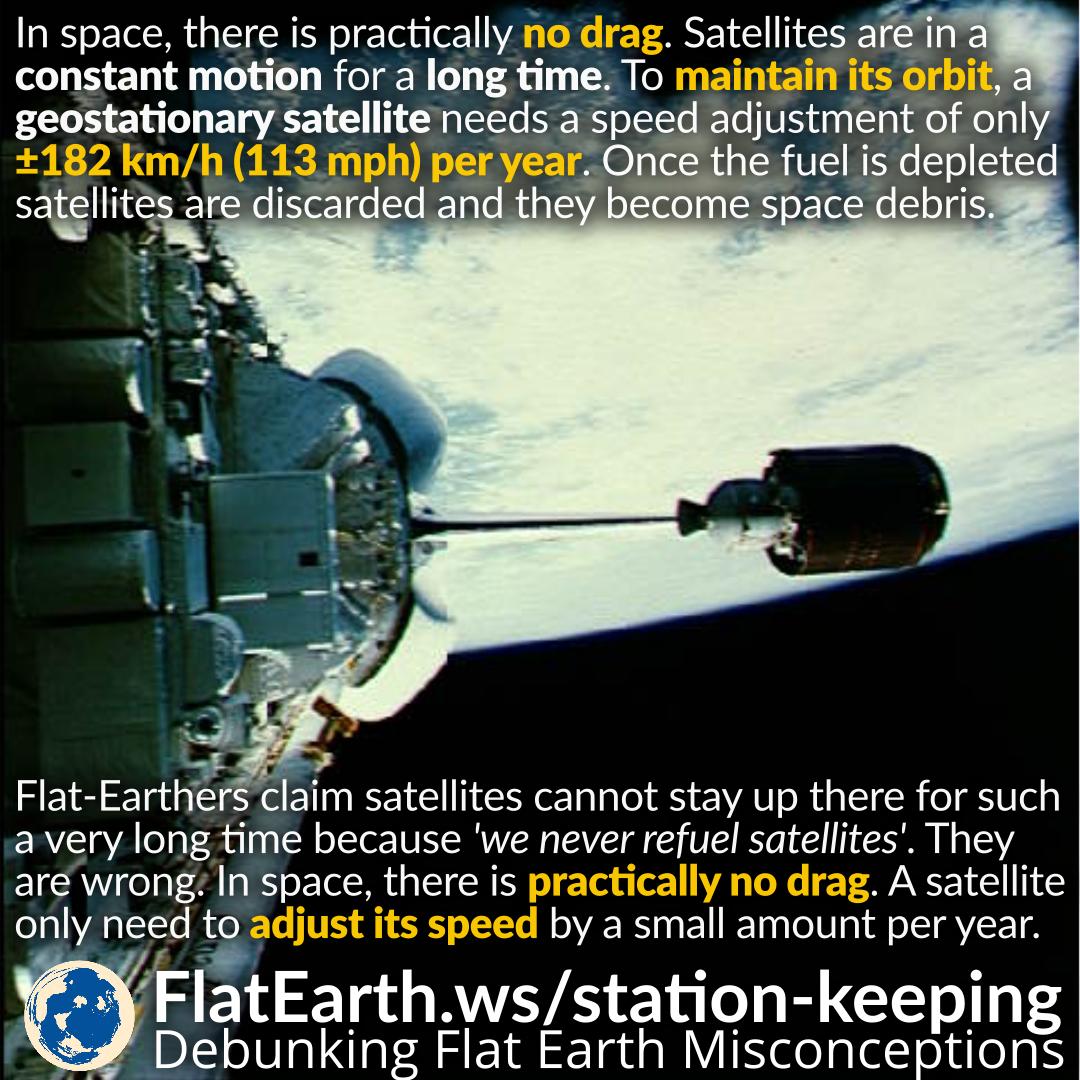 A satellite in a high enough orbit can remain operational for a very long time because in space there is practically no air resistance. This is a situation that never occurs in our everyday life. A car requires a constant consumption of fuel to keep running, but a satellite can remain in motion without consuming any fuel because there’s practically no force stopping it.

Flat-Earthers claim that satellites cannot stay up there for such a very long time because ‘we never refuel any satellites.’ They are wrong. In space, there is practically no drag, and satellites only need to consume fuel to adjust their speed periodically.

Satellites are still affected by gravitational forces from the Sun/Moon, solar radiation and atmospheric drag however minuscule. To maintain the desired orbit, these forces must be counteracted.

To maintain its orbit, a geostationary satellite requires a speed adjustment of only about 182 km/h (113 mph) per year. As an example, a satellite with a dry weight (weight without propellant) of 1333 kg (2939 lbs) requires about  617 kg (1360 lbs) of propellant for a service life of 15 years. Source: C. Robert Welti.

The ISS, on the other hand, is in the Low Earth Orbit where drag affects the orbit of a satellite, and a satellite cannot last more than a few years without getting boosted. The ISS does get refuel and orbit boost every a few months.