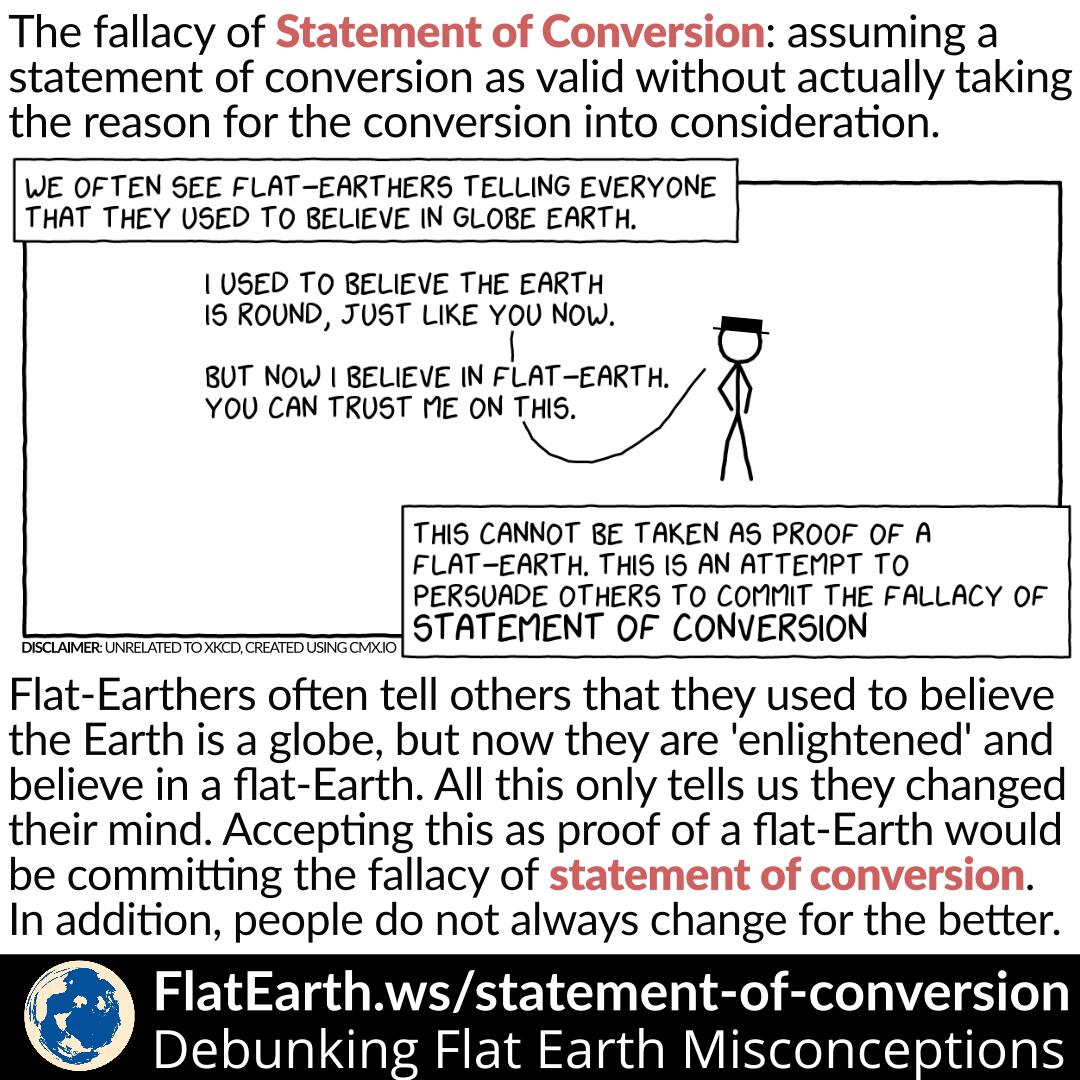 Flat-Earthers often tell others that they used to believe the Earth is a globe, but now they ‘know better’ and believe in a flat-Earth. All this only tells us they changed their mind. Accepting this as proof of a flat-Earth would be committing the fallacy of statement of conversion.

Flat-Earthers do that because they take the shape of the Earth as a matter of belief, not as a result of real-world observation. In most belief systems, they often interpret conversion as evidence of the righteousness of the new affiliation. Flat-Earthers do it for the same reason.