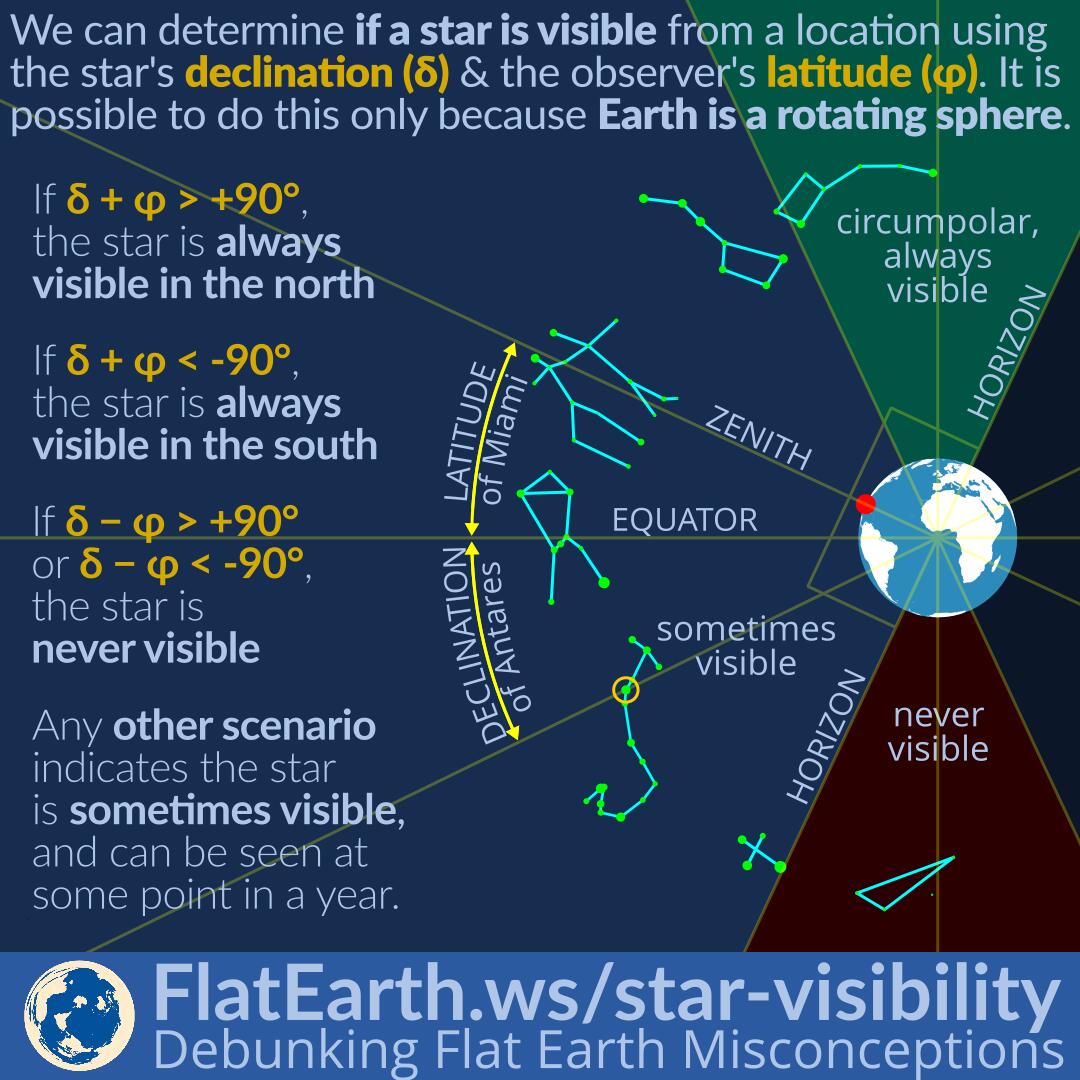 We can determine if a star is visible from a specific location using the declination of the star and the latitude of the observer, subject to other conditions like observer’s topology, the magnitude of the star, weather conditions, etc. It is possible to do this because Earth is a rotating sphere.

If the Earth is flat, every star would have been visible all night from every location. We don’t see the same stars every night because some of them are below the horizon and obscured by the Earth.

To determine whether a star is possible from a location, we need to obtain two variables: the declination of the star (δ) and the latitude of the observer (φ). We can use Google to get the numbers by asking something like “declination of Antares” or “latitude of Miami”. And don’t forget the sign, south is negative and north is positive for both variables.

To determine visibility, find their sum and difference:

The rule consistently applies to every star and every location on Earth. It is possible to do this only because the Earth is a rotating sphere.