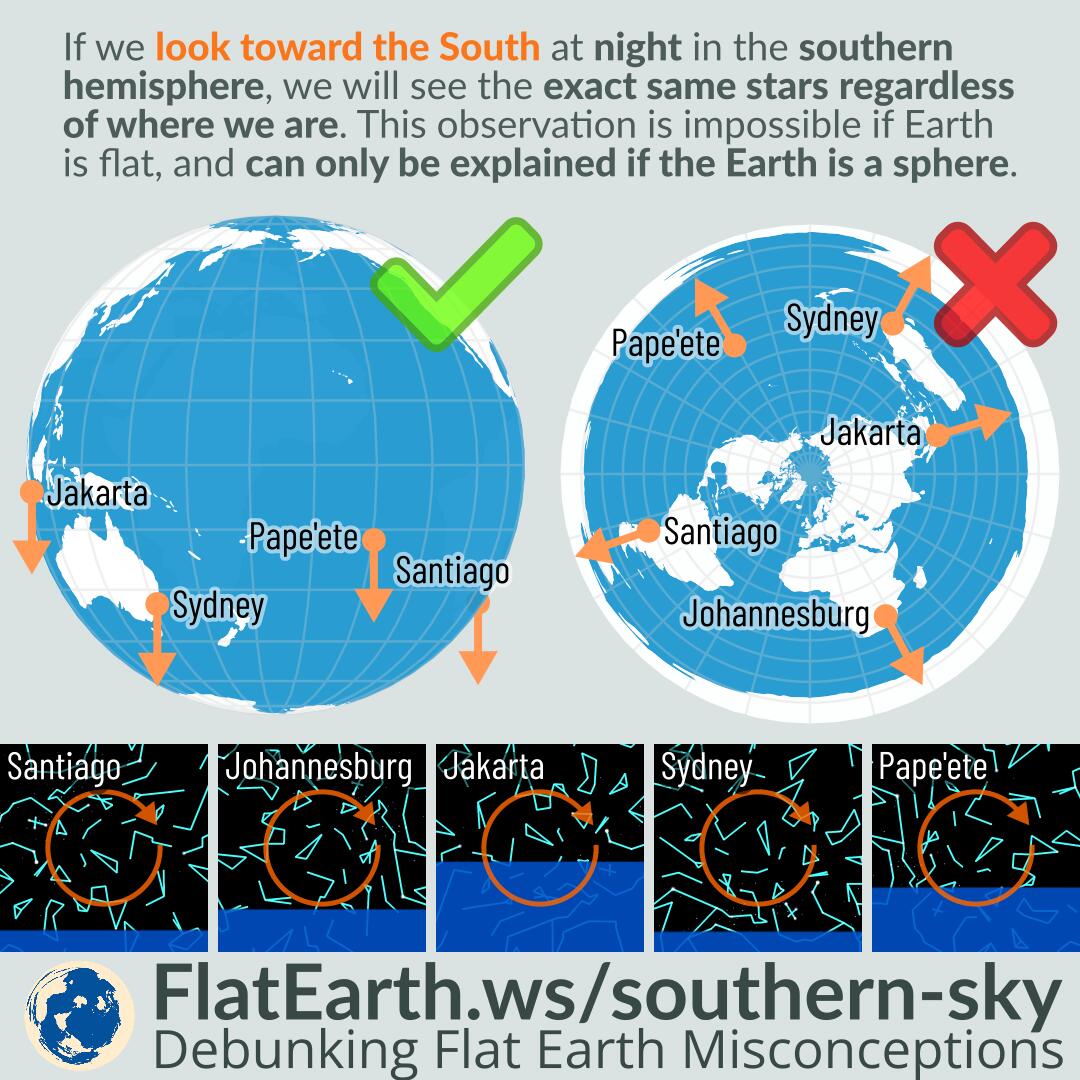 If we look toward the south at night in any location in the southern hemisphere, we will see the same set of stars. We will see the stars rotating around the south celestial pole, in the Octans constellation, near the star Sigma Octantis.

The flat-Earth model cannot explain the phenomenon. Looking at the so-called ‘flat-Earth map,’ we should see another set of stars on a different location in the southern hemisphere. The reason is that the flat-Earth model is a false representation of the Earth.

If the Earth is flat, then observers on the different cities will face opposite each other, and therefore everyone should see different stars. However, in reality, they will see the same stars, only with different orientations. This observation is only consistent with the spherical Earth model and cannot be explained with the flat Earth model.