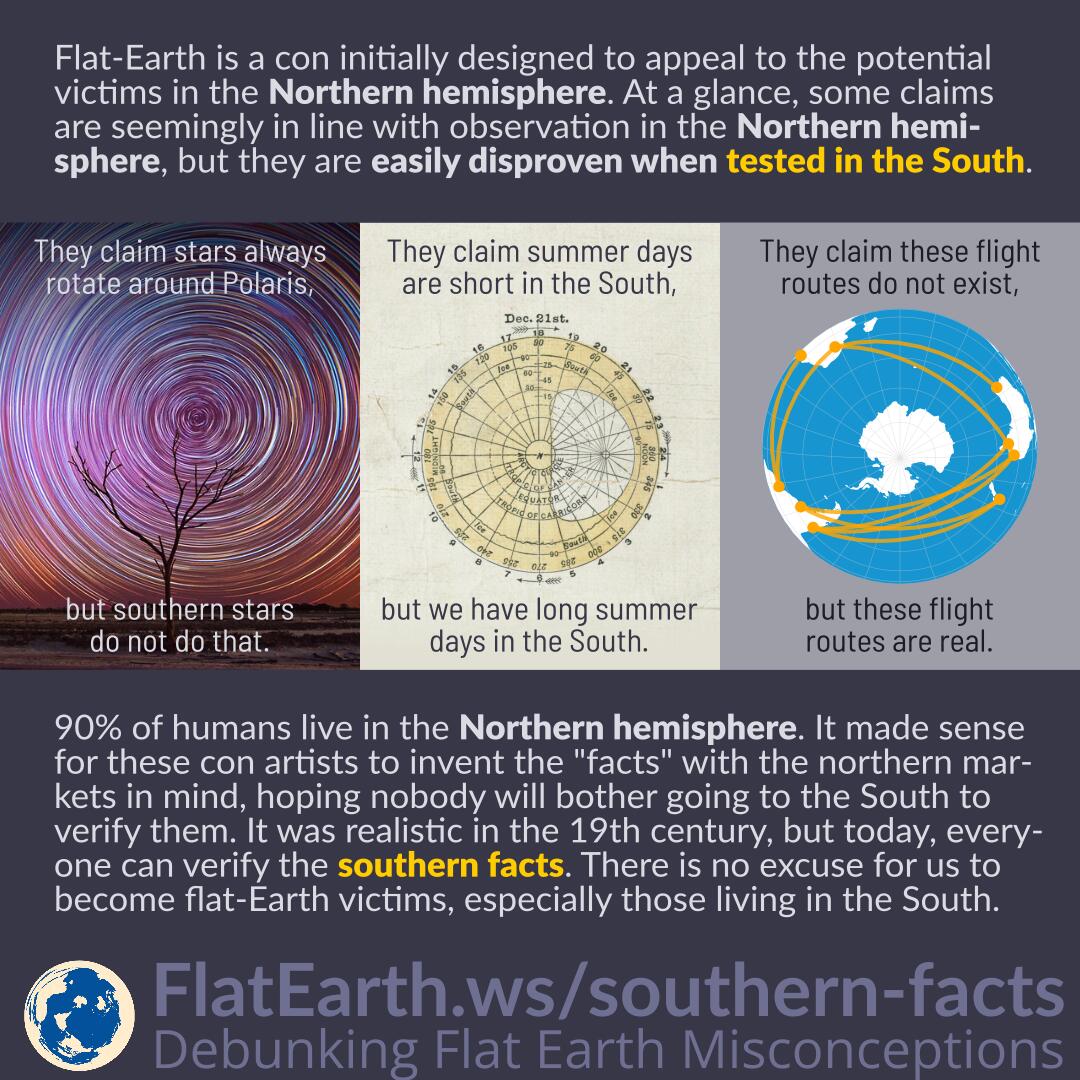 A century ago, it would take massive efforts to travel from Europe to any location in the southern hemisphere. It was costly, and It would take a very long time. These days, we can reach Johannesburg from London for only 11 hours. A century ago, the same route would require more than a month.

Considering these facts, we can forgive any regular person in the 19th-century northern hemisphere to fall victim to flat-earth indoctrination. But modern people do not have any excuses, especially for us already living in the southern hemisphere where we can readily verify the facts ourselves without traveling anywhere.

We collect some of these ‘southern facts’ in a category of the same name on our website. These are various ‘facts’ claimed by flat-Earthers, which would seemingly conform to reality under casual observations in the northern hemisphere, but will quickly fall apart into pieces when tested in the southern hemisphere.