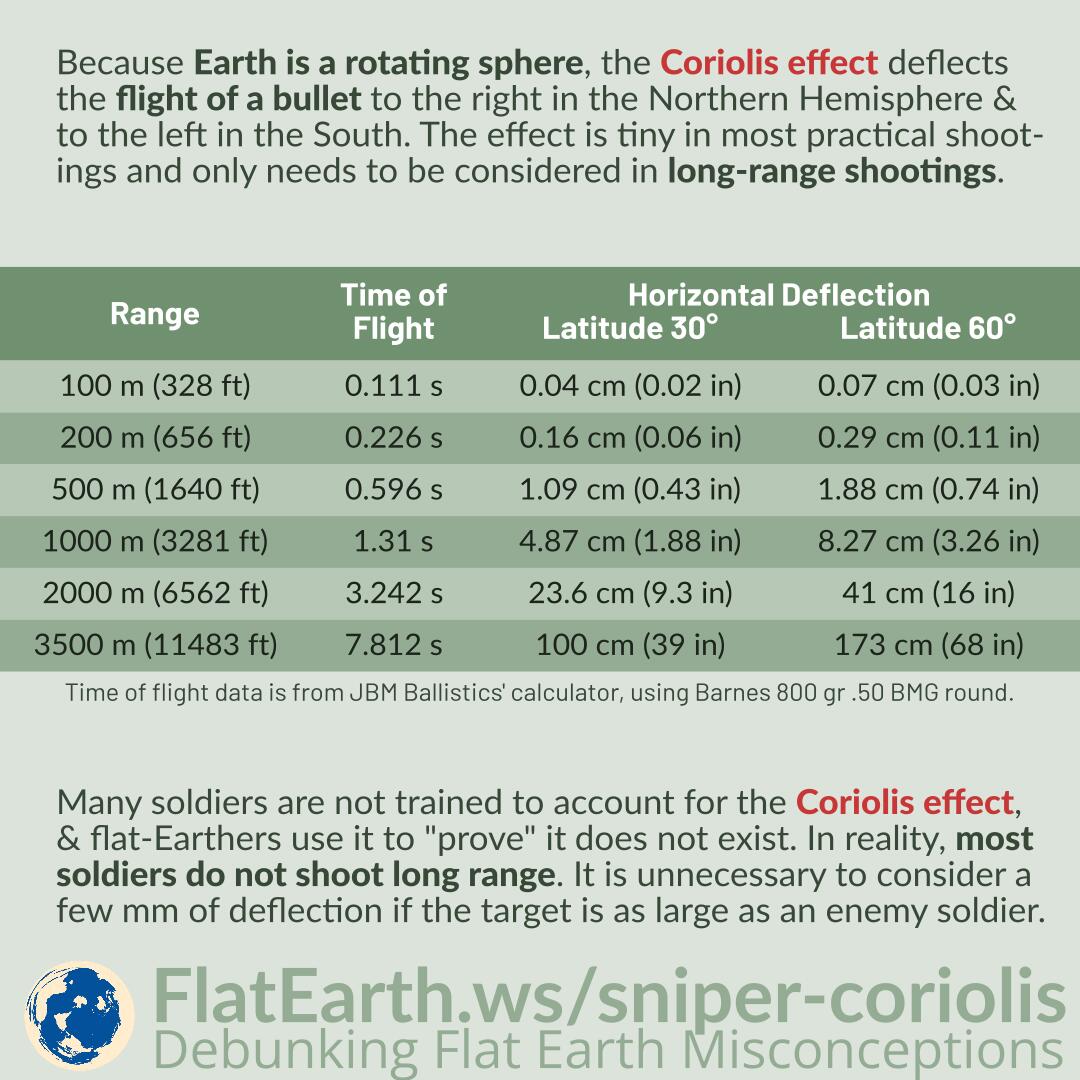 Because Earth is a rotating sphere, the Coriolis effect deflects the flight of a bullet to the right in the Northern Hemisphere & to the left in the South. The effect is tiny in most practical shootings and only needs to be considered in long-range shootings.

Many soldiers are not trained to account for the Coriolis effect, & flat-Earthers use it to “prove” it does not exist. In reality, most soldiers do not shoot long range. It is unnecessary to consider a few mm of deflection if the target is as large as an enemy soldier.

If the target is 100m away, the Coriolis effect at 60° latitude is less than one millimeter. Therefore, it will not be necessary to account for the tiny deflection.

However, if the target’s distance is one kilometer, it becomes significant. At 60° latitude, the Coriolis effect will deflect more than 8 cm, and the shooter will have to consider it.

Many soldiers do not shoot long-range; therefore, they are not trained to account for the Coriolis effect. It does not mean the effect does not exist, only that it is too small to affect the results of the kind of shootings that they do.

The longest recorded sniper kills occurred at a distance of more than 3500 m using a .50 BMG round. The Coriolis deflection at such a distance will be about a meter horizontally.