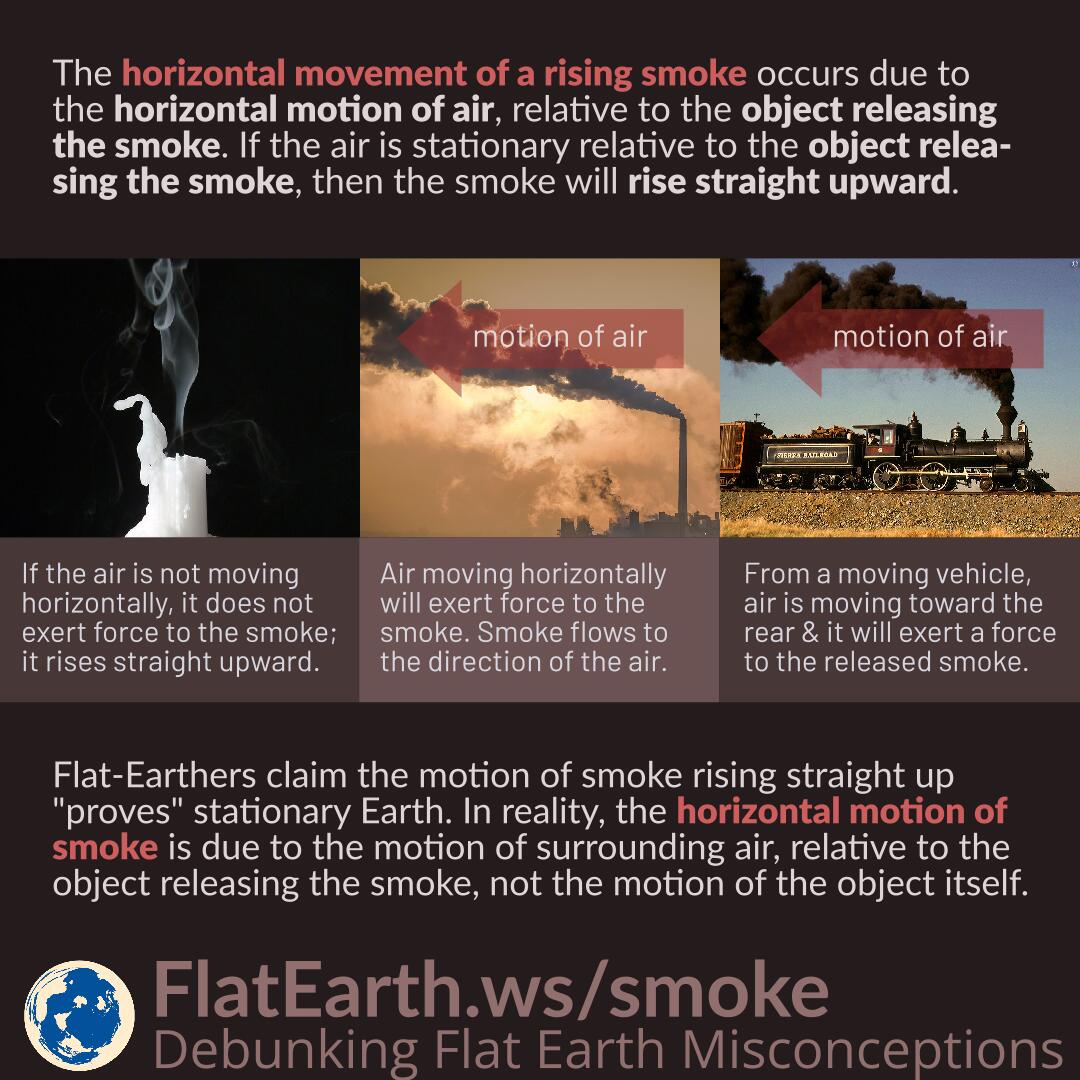 Earth’s atmosphere is stationary relative to the surface. In other words, the atmosphere is rotating at the same speed as the rest of the Earth. Thus, we often see smoke rising straight upward if it is windless.