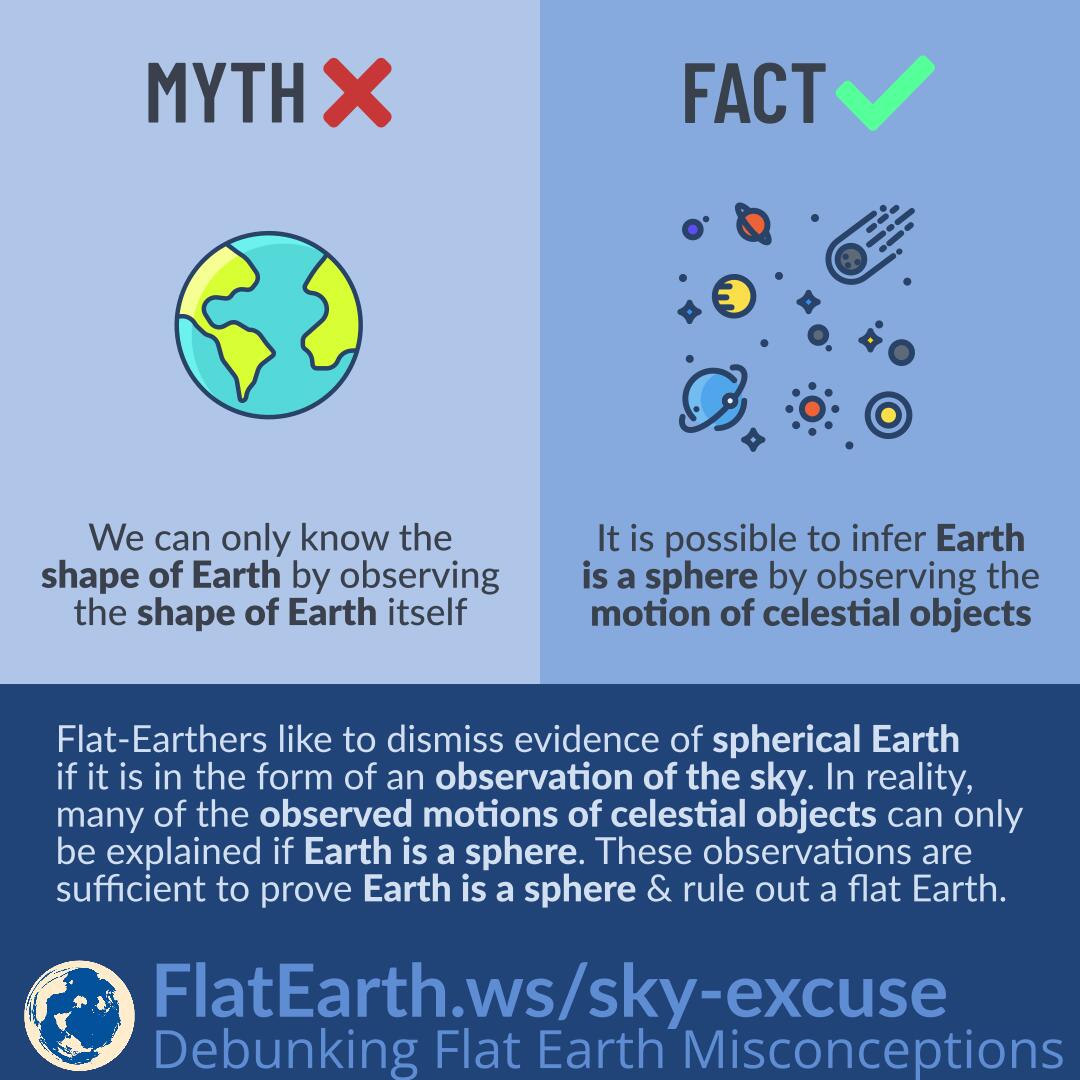 Flat-Earthers like to dismiss evidence of spherical Earth if it is in the form of an observation of the sky. In reality, many of the observed motions of celestial objects can only be explained if Earth is a sphere. These observations are sufficient to prove that Earth is a sphere and rule out a flat Earth.

We knew Earth is a sphere since as far as the 3rd century BCE; far before we could directly observe Earth’s spherical shape in the mid 20th century. During the time we have not seen Earth’s spherical shape directly, we could still apply the knowledge for our everyday lives, including for navigation and exploration. It would not be possible to do that if our understanding of the shape of Earth was wrong.