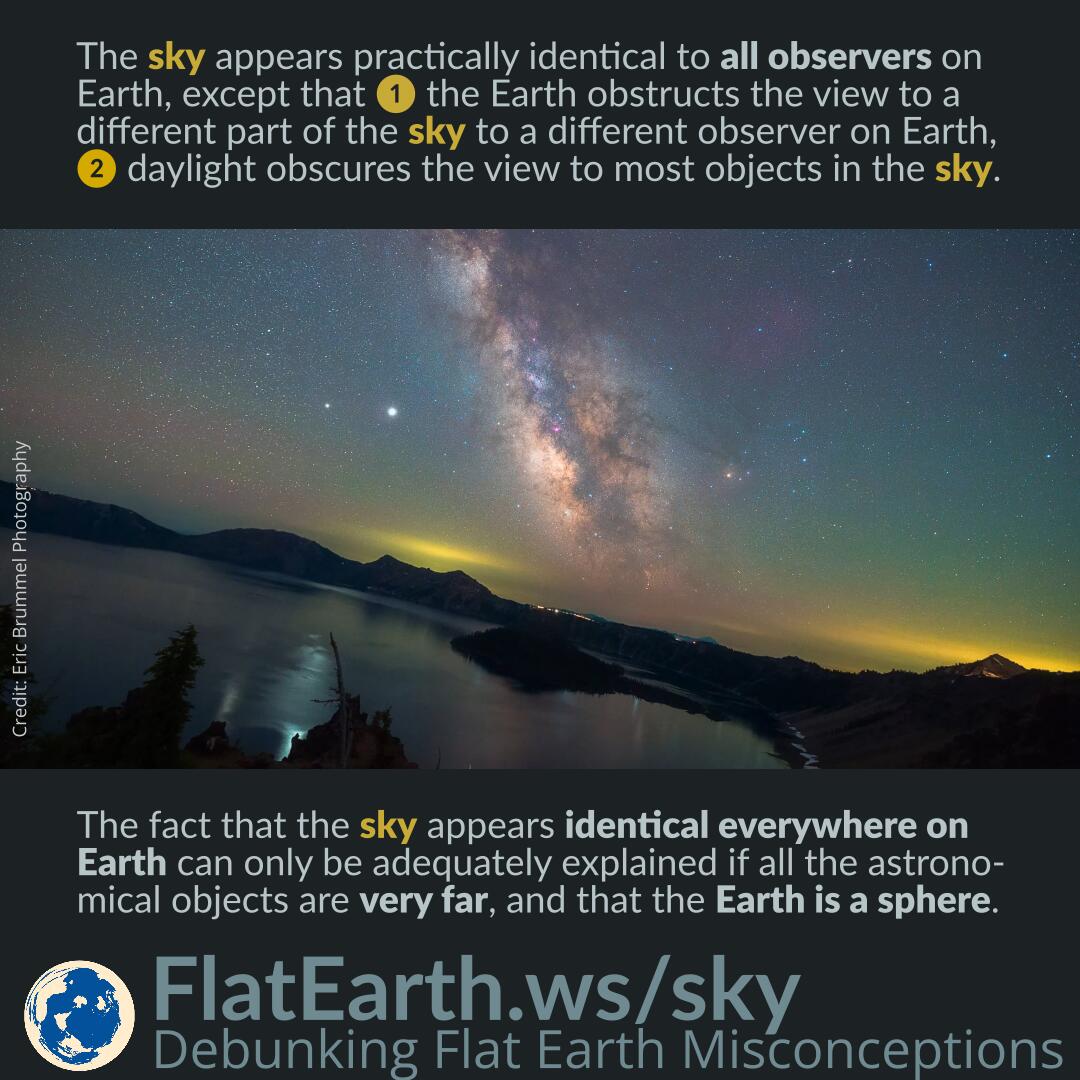 The fact that the sky appears identical everywhere on Earth can only be adequately explained if all the astronomical objects are very far from us and that the Earth is a sphere.

Only the Moon and artificial satellites are close enough to Earth that two different observers on Earth see these objects in a different location in the sky at the same time. The planets can be seen moving against distant stars over time, but at the same time, all observers on Earth see the planets at the exact location. The reason is that the planets are very far compared to the size of Earth, but not nearly as far as the stars.