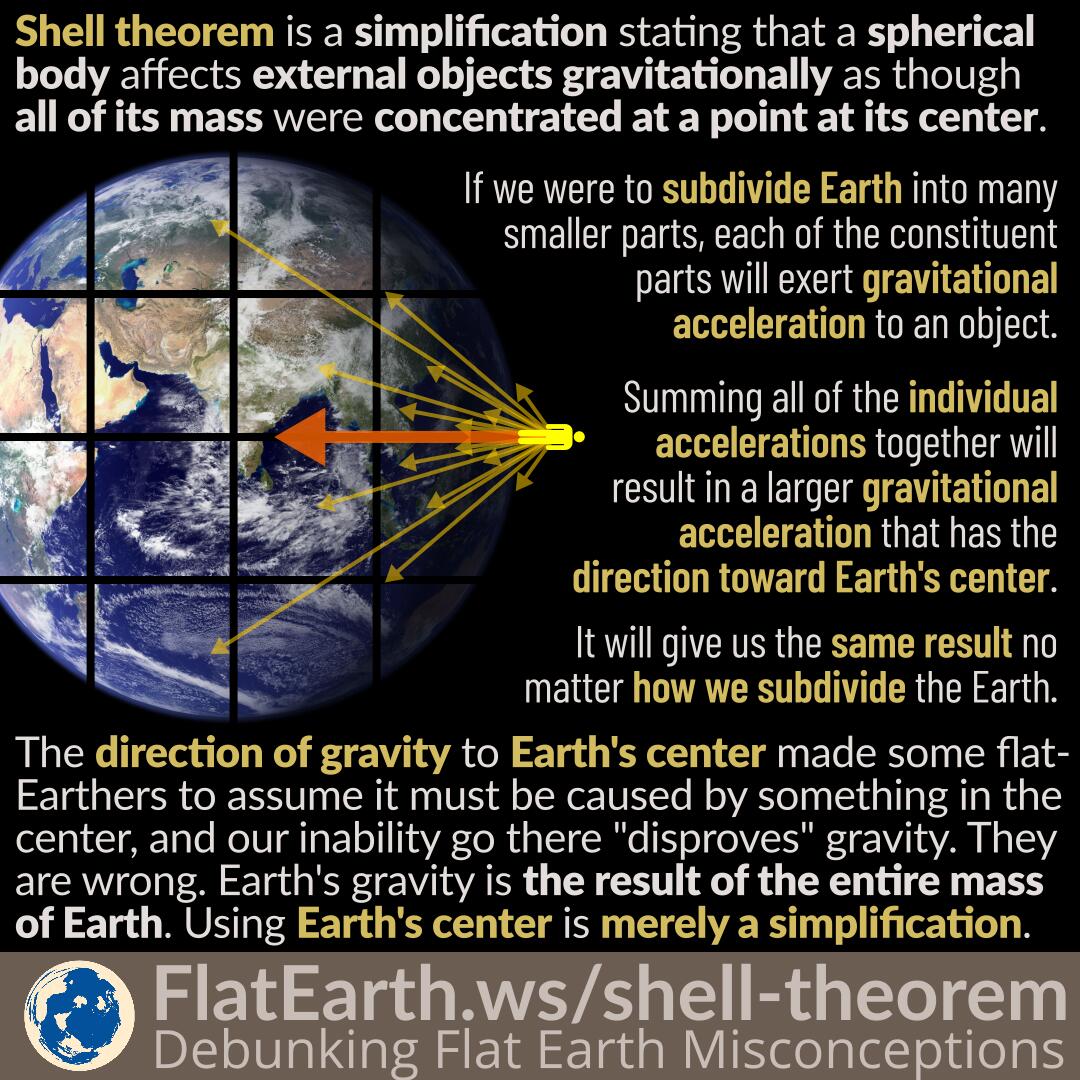 Shell theorem is a simplification stating that a spherical body affects external objects gravitationally as though all of its mass were concentrated at a point at its center.