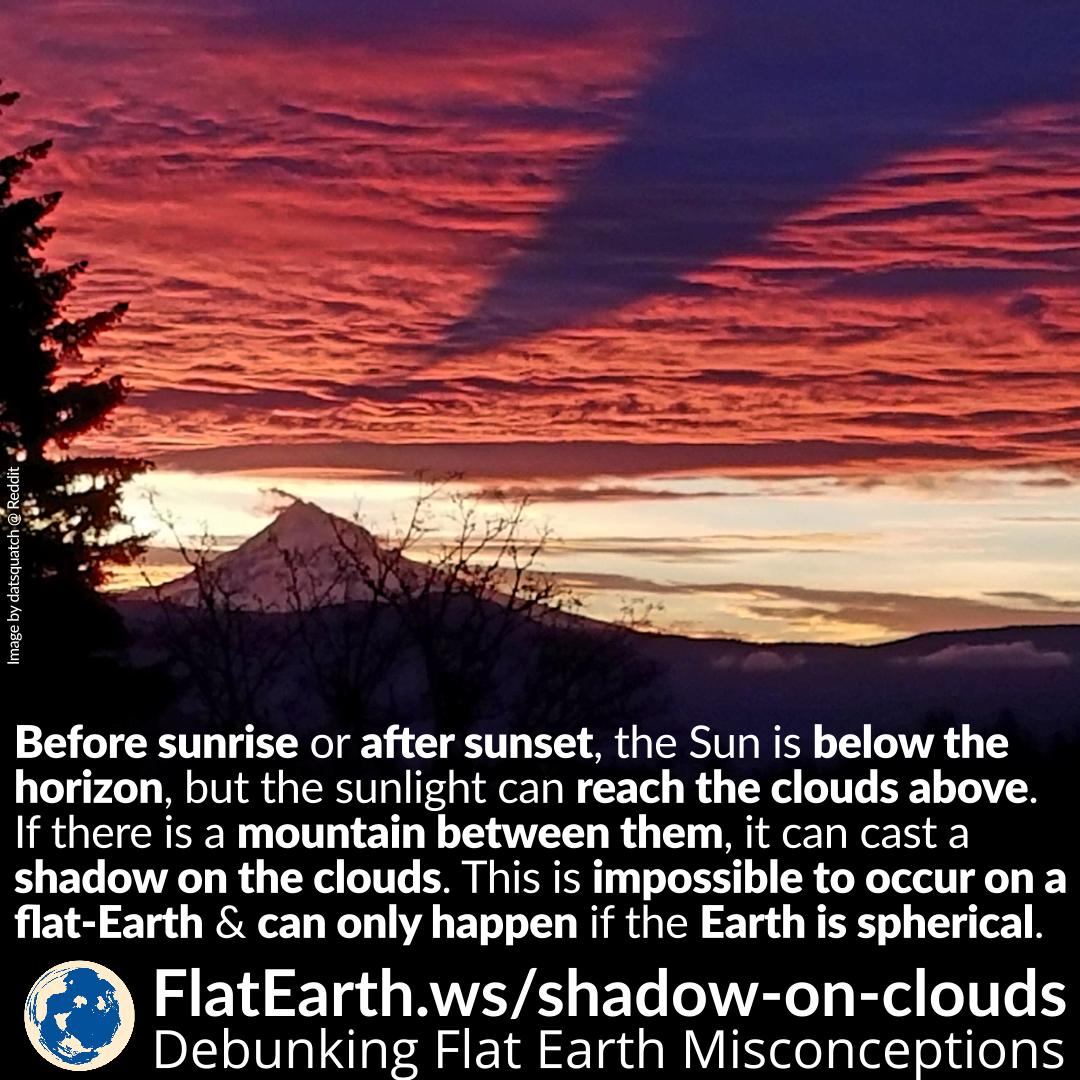 Before sunrise or after sunset, the Sun is below the horizon and not directly visible. But the sky and clouds above are illuminated because they are high above, and sunlight can reach them.

If there’s a mountain between the Sun and the clouds, it can cast a shadow on the clouds. The flat-Earth model assumes the Sun is always high above, and thus, this phenomenon cannot possibly occur in a flat-Earth.

The fact that a mountain can cast its shadow on clouds far above it is evidence that the Earth is spherical.

The picture was from a Reddit post “Mt. Hood casting a shadow on the clouds this morning”. It was taken from Clark County, WA, United States in the morning of 2016-11-05.

The direction of sunrise according to SunCalc.org: 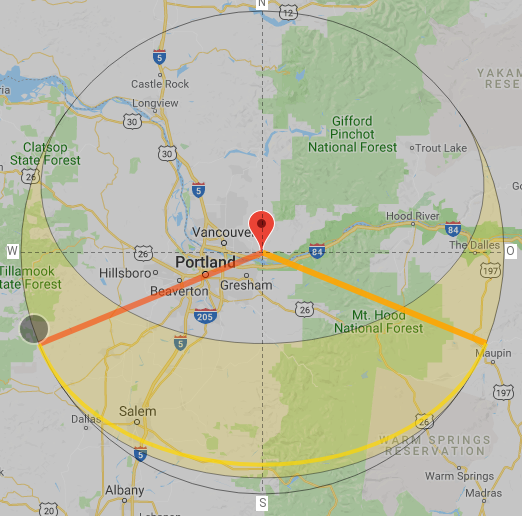 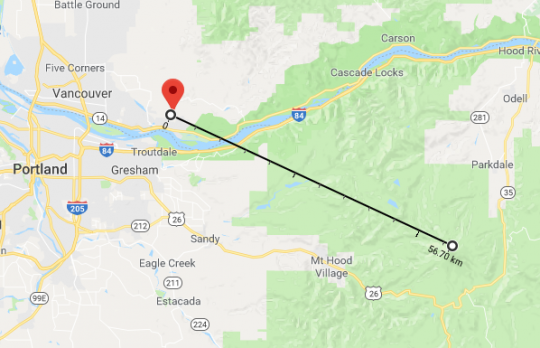 This phenomenon is not unique to the location but can happen everywhere.  We can simply search Google Images for “shadow on clouds” to find out about other occurrences.