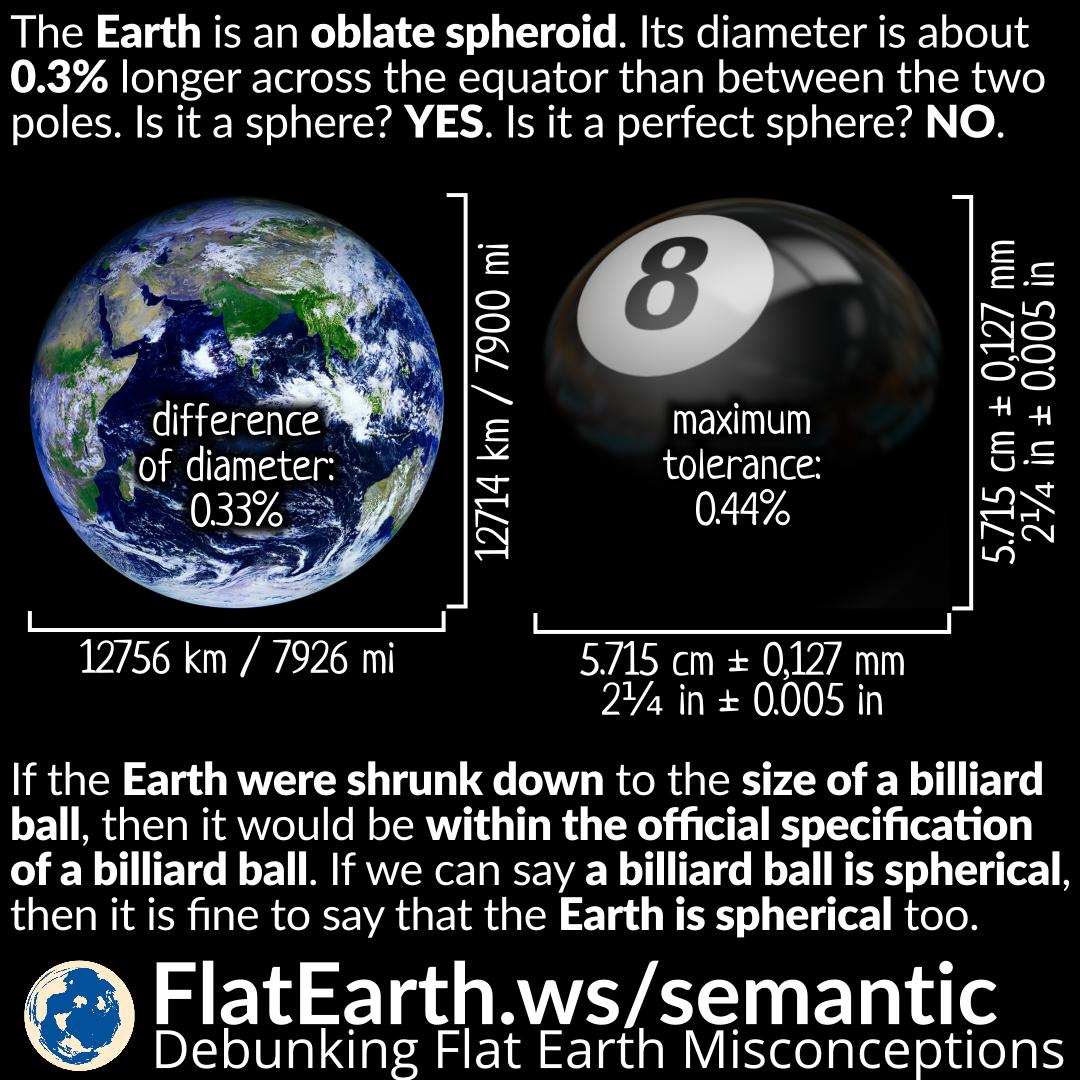 The Earth is spherical, but not perfectly spherical. Its diameter is longer across the equator than between both poles. The shape is called ‘oblate spheroid’. The difference between both diameters is tiny, only about 0.33%. It is perfectly fine to say that the Earth is round or spherical.

Usually, they would say this if they are being cornered and can no longer defend their misguided flat-Earth belief.  “If I can’t defend flat-Earth, then at least they can’t say the Earth is round either.”

This is a red herring: an attempt to deflect the argument to another issue they think they can better respond. It is also a fallacy of “appeal to definition”. They try to pull definitions from a dictionary to support their assertions. They would say that if the Earth is not a perfect sphere, then it is not a sphere.

To illustrate why they are wrong, let’s compare the Earth to a billiard ball. A billiard ball is defined as follows.

This also applies to other spherical objects. If something has to be a perfect sphere before we can call it ‘a sphere’, then no everyday object is a sphere.