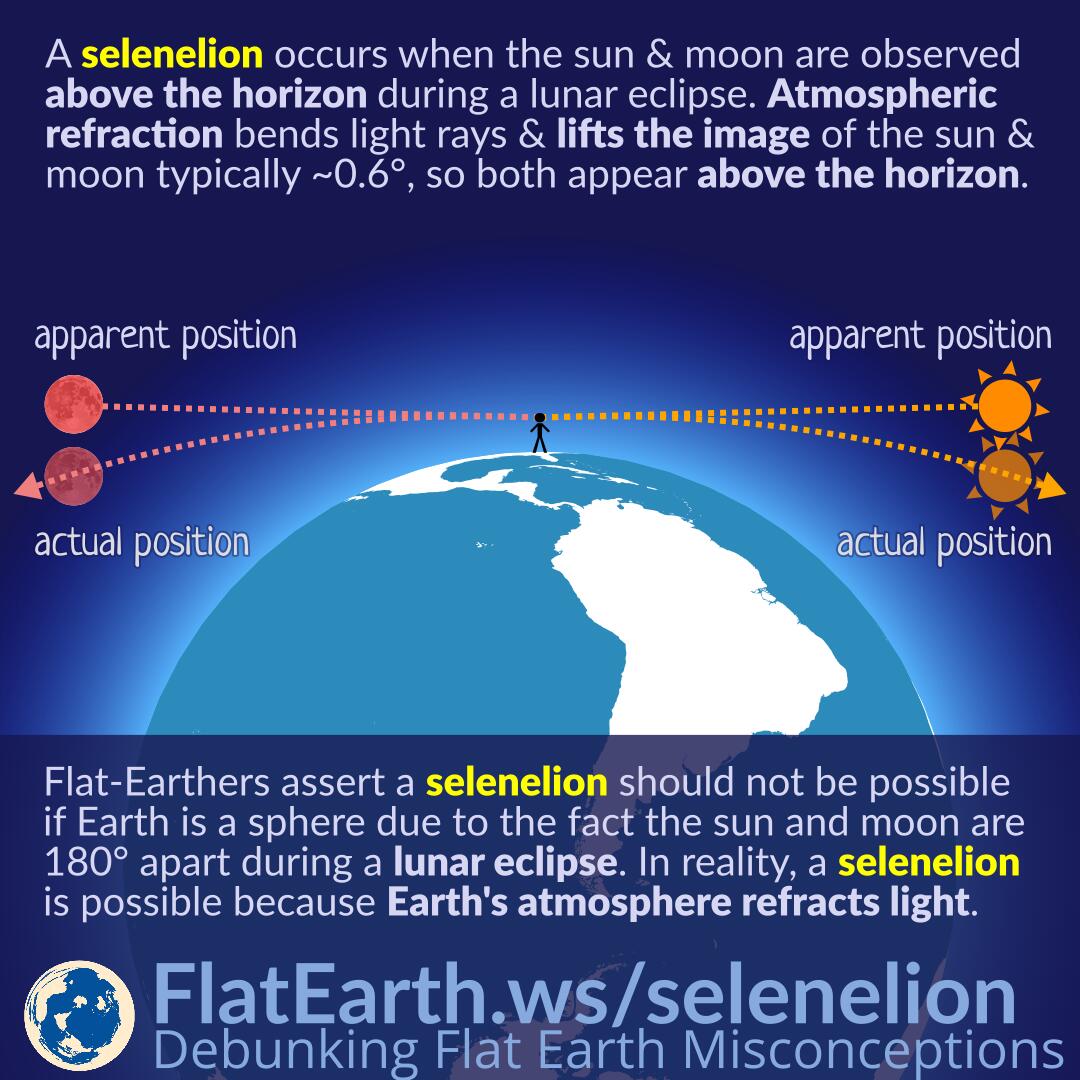 A selenelion occurs during a lunar eclipse when the sun and moon are observed above the horizon. Atmospheric refraction bends light rays and lifts the image of the sun, and the moon typically up to 0.6°, so both can appear above the horizon.

Flat-Earthers assert that a selenelion should not be possible if Earth is a sphere due to the fact during a lunar eclipse, the sun and moon are 180° apart. In reality, a selenelion is possible because Earth’s atmosphere refracts light.

During a total lunar eclipse, the position of the Sun, Earth, and Moon is in a straight line. In such a configuration, both the Sun and Moon should not be visible at the same time during a lunar eclipse from an observer on Earth.

However, Earth’s atmosphere refracts light. As a result, the actual position of the moon is up to about 0.5° lower than where it appears. And the same thing happens with the sun at the opposite point in the sky. It is the reason that observing both objects in the sky at the same time during a total lunar eclipse is possible.

This phenomenon is called ‘selenelion’ or ‘selenehelion.’ While not impossible, it is a rare phenomenon, and can only happen at a specific place and time during the progression of a total lunar eclipse.