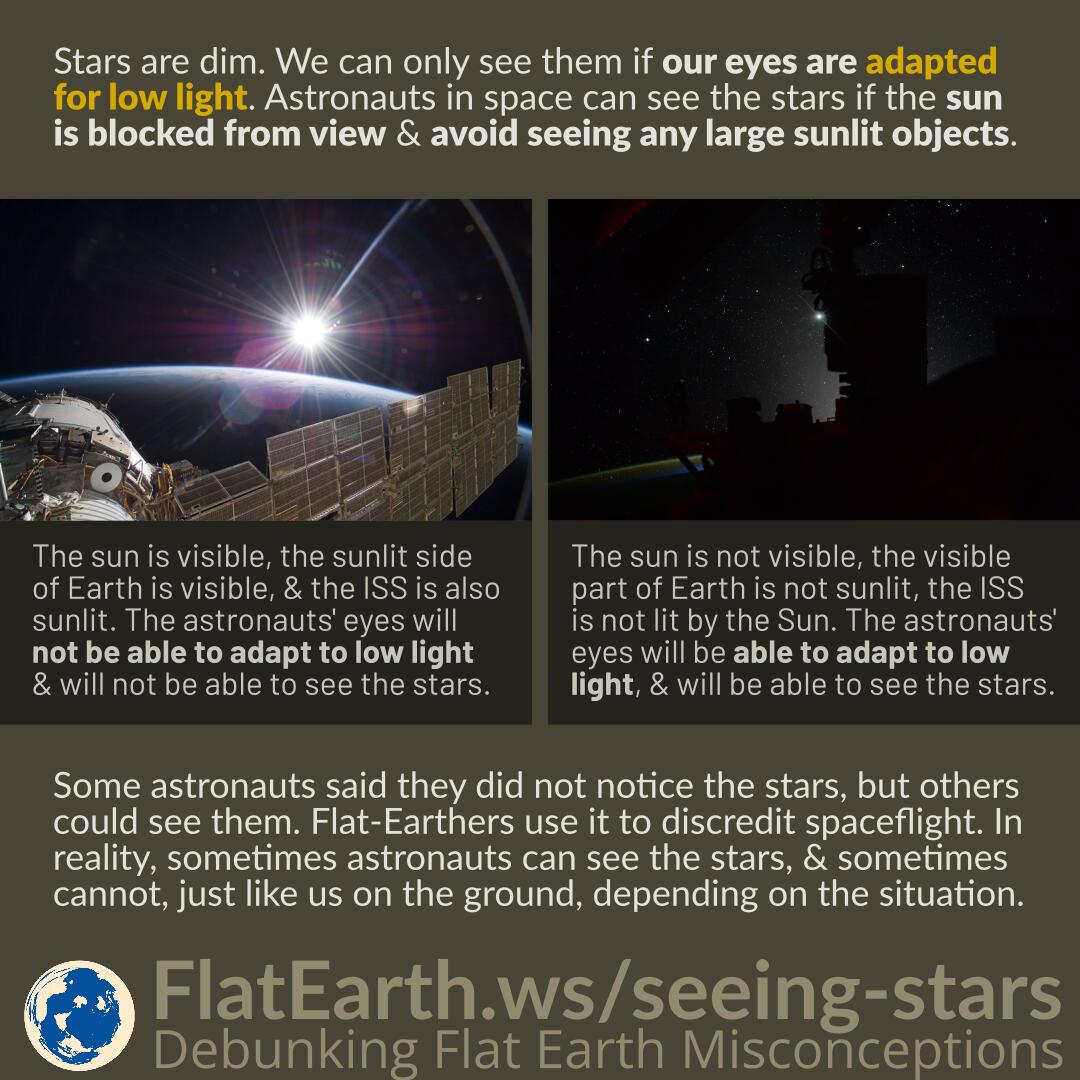 Stars are dim. We can only see them if our eyes are adapted for low light. Astronauts in space can see the stars when the sun is blocked from view and avoid seeing any large sunlit objects.

Some astronauts said they did not notice the stars, but others claim they could see them. Flat-Earthers use the conflicting statements to discredit spaceflight. In reality, sometimes astronauts can see the stars, and sometimes cannot, just like us on the ground, depending on the situation.

On Earth, we can see the stars during the night because the Sun is blocked from view. Our eyes can then adjust to the darkness and reveal the faint stars. However, the Moon is a large, sunlit object. Far fewer stars will be visible when the Moon is visible, as our eyes cannot fully adapt to low light.

The ISS orbits Earth once in 90 minutes. As a result, astronauts in the ISS experience the night for the duration of about 40 minutes, several times on an Earth day. They will see the stars if they avoid the ISS internal light and stare toward the darkness for several minutes.

Farther from Earth, there is less chance for the Earth to obscure the Sun from view. But astronauts can still see the stars if they stare away from the Sun and avoid seeing any sunlit parts of the spacecraft.

Apollo astronauts reported that they could see the brighter stars when they stood in the shadow of the Lunar Module, avoiding direct sunlight and staring up, avoiding seeing any sunlit object. They also saw stars while orbiting the far side of the Moon, when the Sun is blocked from view.