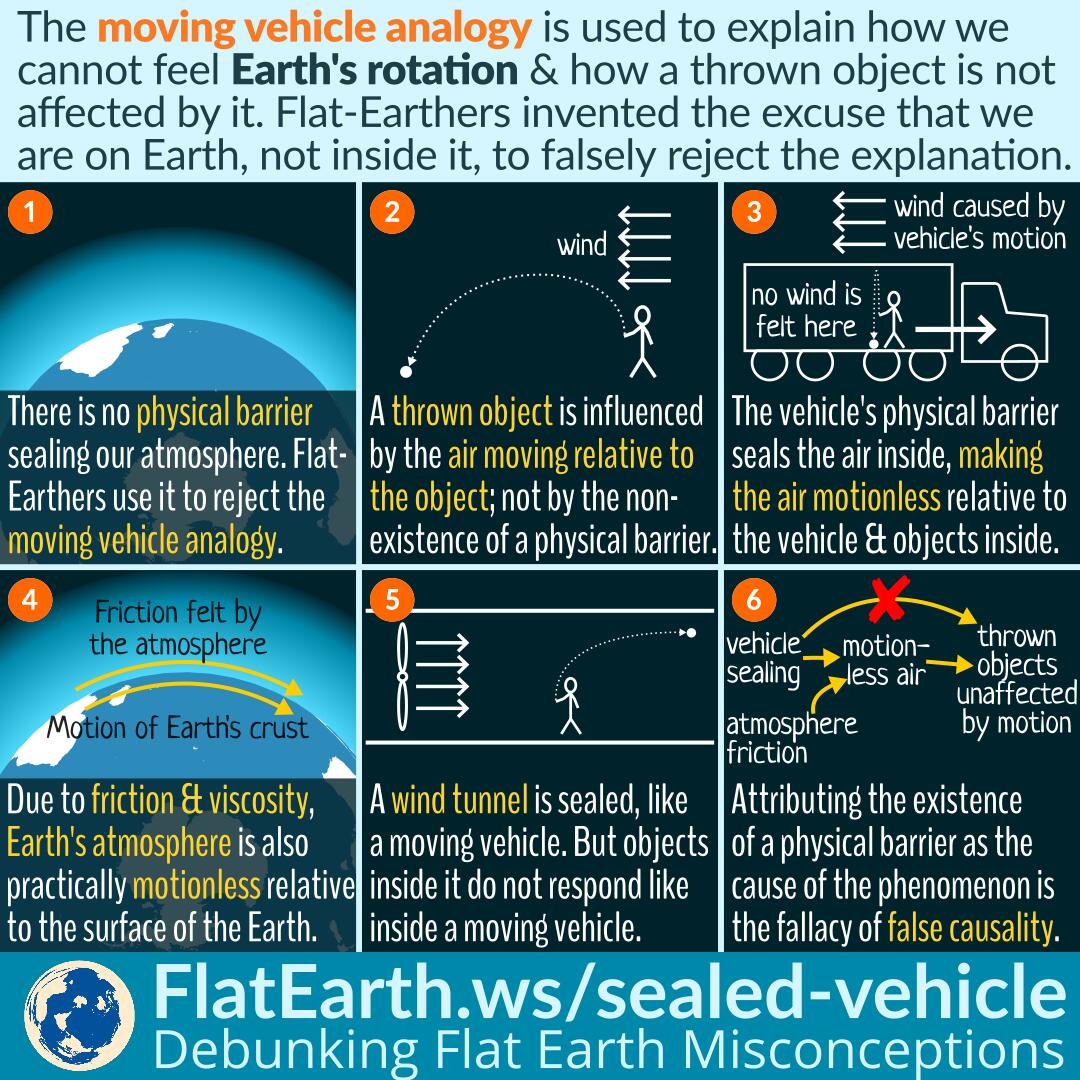 We cannot feel the Earth rotating, and to explain the phenomenon, we usually use the moving vehicle analogy. If the vehicle is moving at a constant speed, we will not be able to sense the motion. We cannot feel the motion of Earth because of the same reason.

Flat-Earthers invented the excuse that we are standing on Earth, not inside it, to falsely reject the explanation.

To demonstrate how the physical barrier excuse is not acceptable, we can use the case of wind tunnels. A wind tunnel is a sealed structure, similar to a moving vehicle. However, objects inside it do not respond like inside a moving vehicle. The reason is that the motion of air influences the motion of objects, not the existence of any physical barrier.

A physical barrier can cause the air to be motionless relative to a specific frame of reference, and therefore, does not influence the motion of a thrown object. However, it is not a direct causality. Attributing the existence of a physical barrier as the cause of the phenomenon is the fallacy of false causality. The physical barrier excuse is just another excuse invented by flat-Earthers to prevent their theories from being falsified.