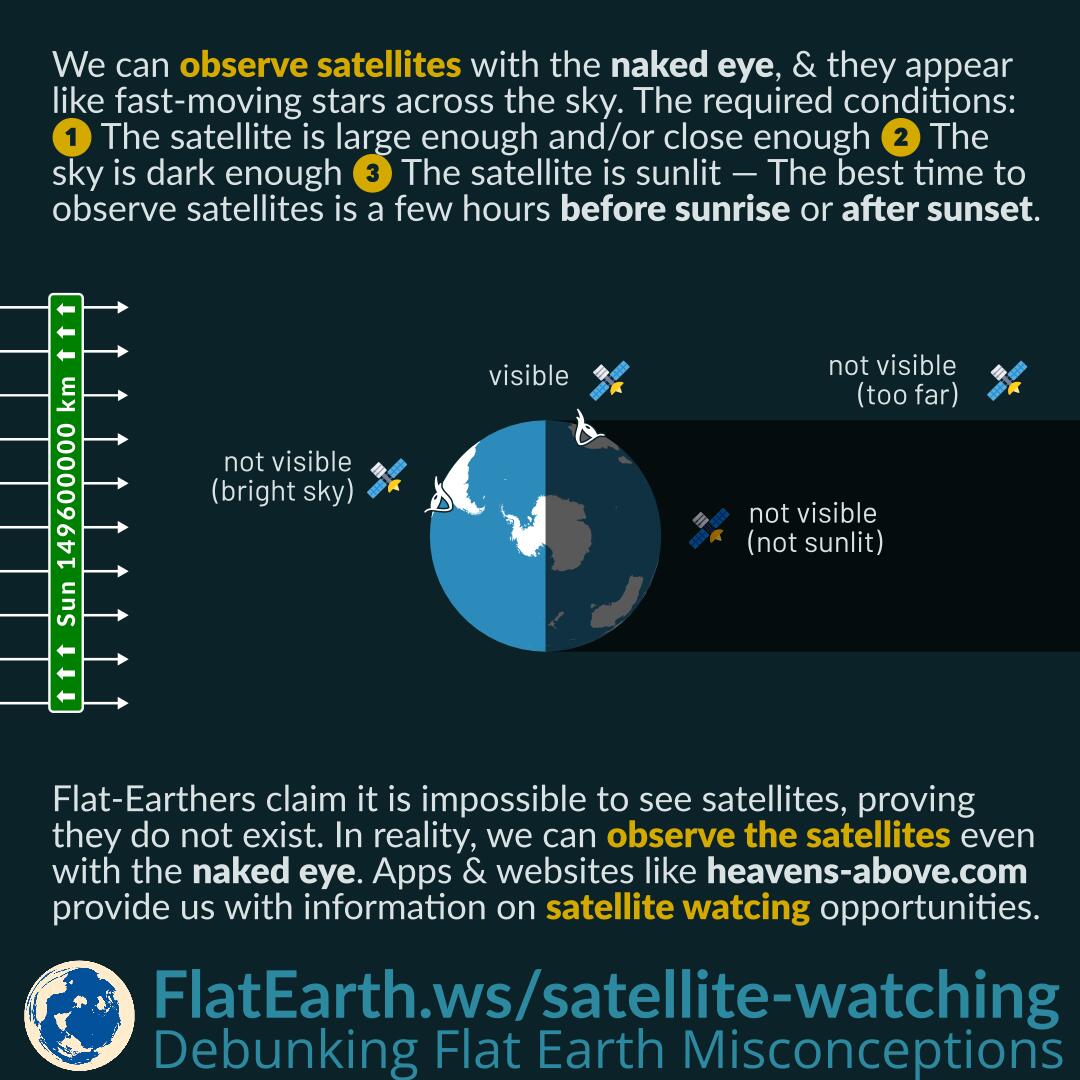 Flat-Earthers claim it is impossible to see satellites and use the fact as “proof” the satellites do not exist. In reality, we can observe the satellites even with the naked eye. Apps and websites like heavens-above.com provide us with information on satellite watching opportunities.

Satellites lack their light source and can only be seen if lit by the sunlight. The problem is that they are hard to see during the day because the sky is very bright. The best time to watch satellites is when the sun is just below the horizon before sunrise or after sunset. In such moments, satellites above us are lit by sunlight, but the sky can be dark enough so the lit satellites can stand out against the dark background.

Practically all satellites are smaller than commercial airplanes, usually not bigger than a small bus. On the other hand, they are many times farther than the typical passenger airplanes. The bigger and the closer they are, the more visible they will be. They will appear like fast-moving stars across the sky.

Some flat-Earthers demand that we must be able to discern the shape of the satellite before they can accept that satellites exist. To illustrate how this demand is unrealistic, we’ll use the ISS as our example. The ISS is as large as a football field, but the distance to ISS is more than the distance from London to Paris. It will be unrealistic to spot a football field at a distance similar to the distance from Paris to London and still be able to identify it as a football field using our naked eye. The ISS will appear like a fast-moving bright dot across the sky using our naked eye.