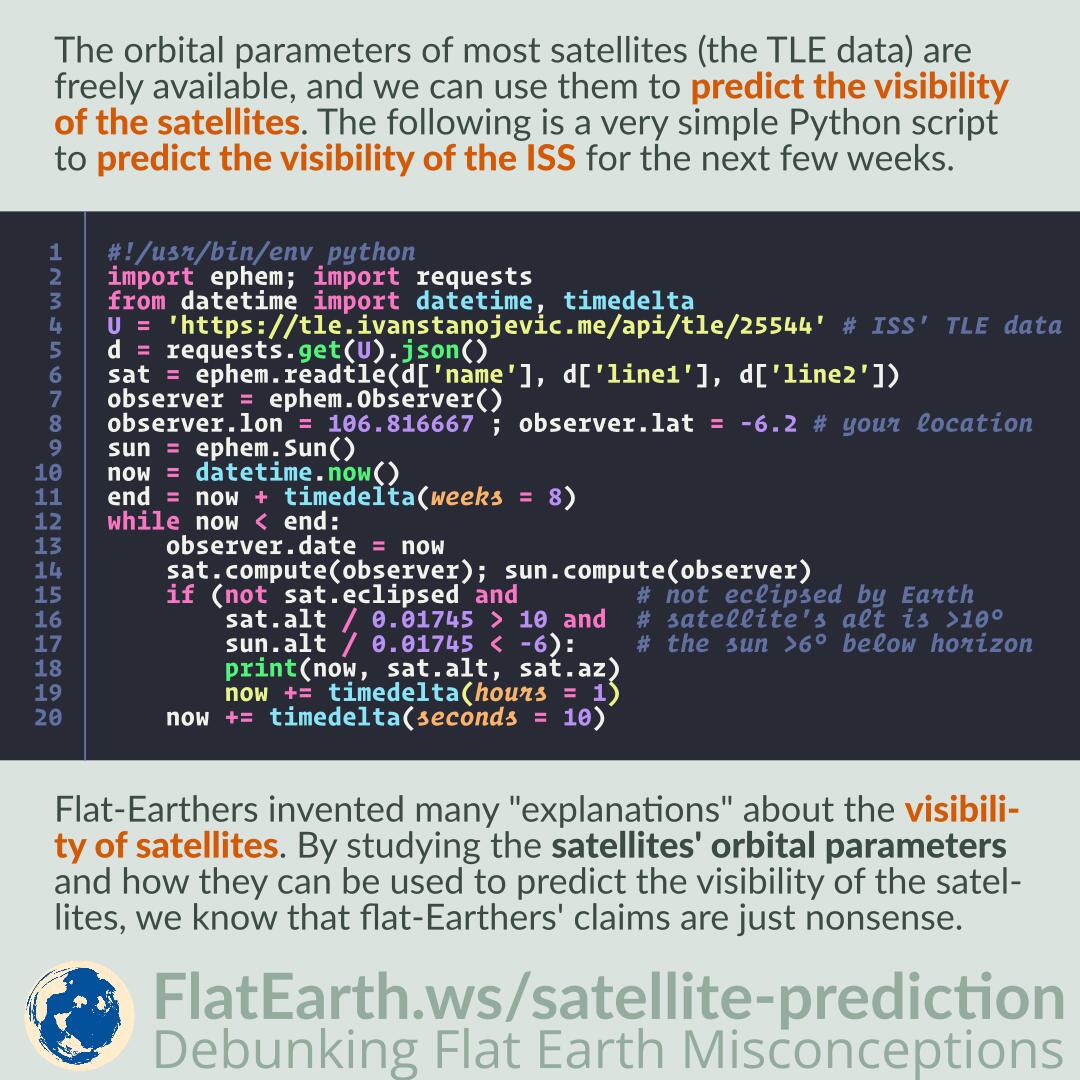 The Python script works by continuously calculating the sun’s and the satellite’s positions every 10 seconds. Then if all of the following conditions are true, there will be a reasonable probability that we can see the satellite:

These conditions appear to be the same conditions used by Heaven’s Above, a website & an app that provides information about the visibility of satellites. Therefore, the results should be similar.

The algorithm used in the script can only work with the spherical Earth model. It cannot possibly work if Earth is flat.