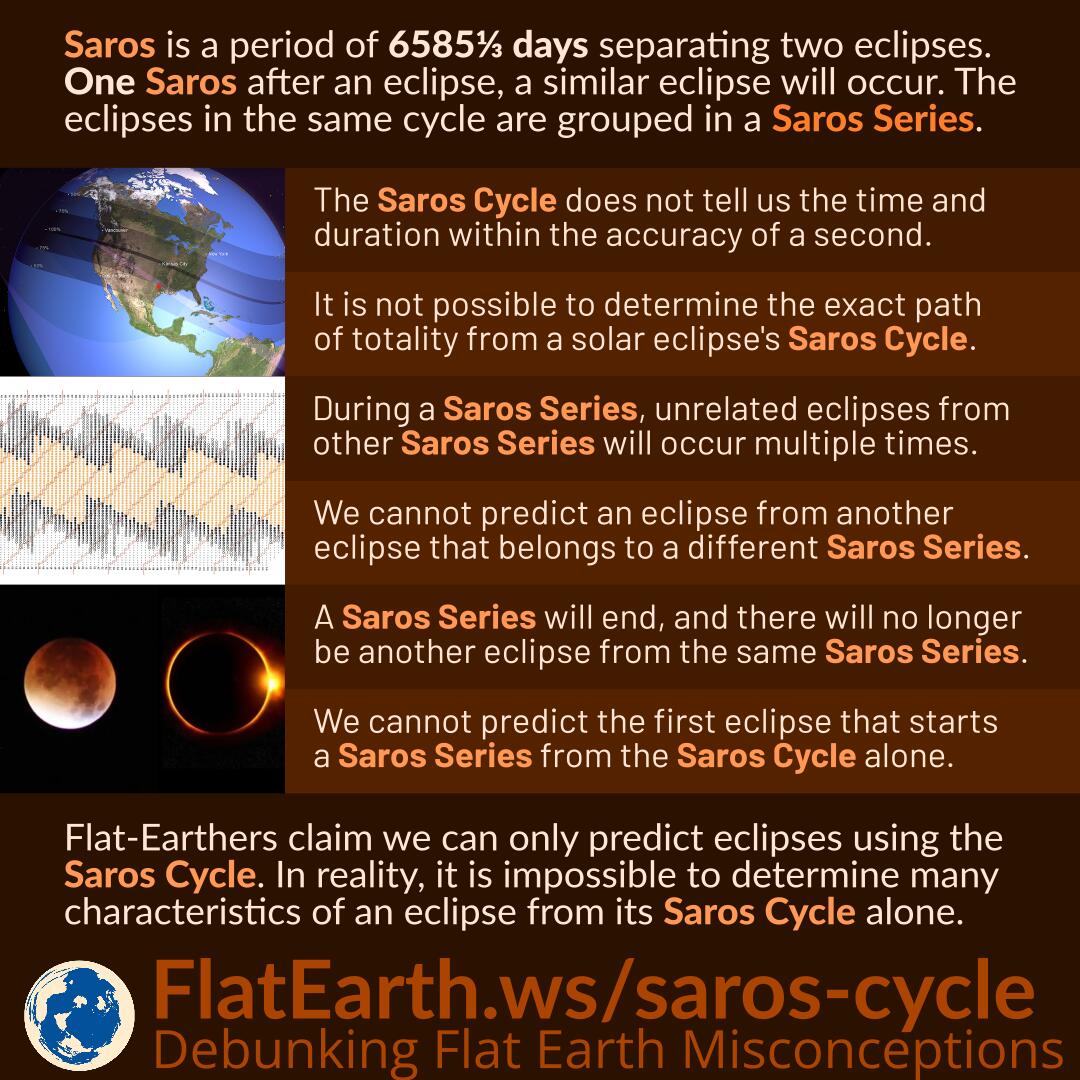 Saros is a period of 6585⅓ days separating the occurrence of two eclipses. One Saros after an eclipse, a similar eclipse will occur. The eclipses that belong to the same cycle are grouped in a Saros Series.

Flat-Earthers claim that we can only predict eclipses using the Saros Cycle. In reality, it is impossible to determine many characteristics of an eclipse from its Saros Cycle alone.

A long time ago, Babylonians carefully maintained records of the occurrence of eclipses and used these records to predict future eclipses. To honor that, in 1691, Edmond Halley named the period of the cycle using a Babylonian unit of time of the “Saros.”

NASA explained the Saros in a web page titled Eclipses and the Saros, and some flat-Earthers were quick to devise a conspiracy theory. They invented the scenario that NASA —a space agency with billions of dollars of a budget— are somehow using ancient technology to predict the occurrences of an eclipse. In reality, NASA does not use the Saros Cycle to predict eclipses.

These days, predicting eclipses are not done using the Saros Cycle. The Saros Cycle cannot predict the time and duration within the accuracy of a second. It also can never be used to determine the path of totality in a solar eclipse.

At any time, there are multiple active Saros Series. During a Saros Series, unrelated eclipses from different Saros Series will occur many times. We cannot predict an eclipse from the occurrence of another eclipse that belongs to another Saros Series.

Eventually, a Saros Series will end, and there will no longer be another eclipse from the same Saros Series. And the eclipse that starts a Saros Series cannot be determined using the Saros Cycle.