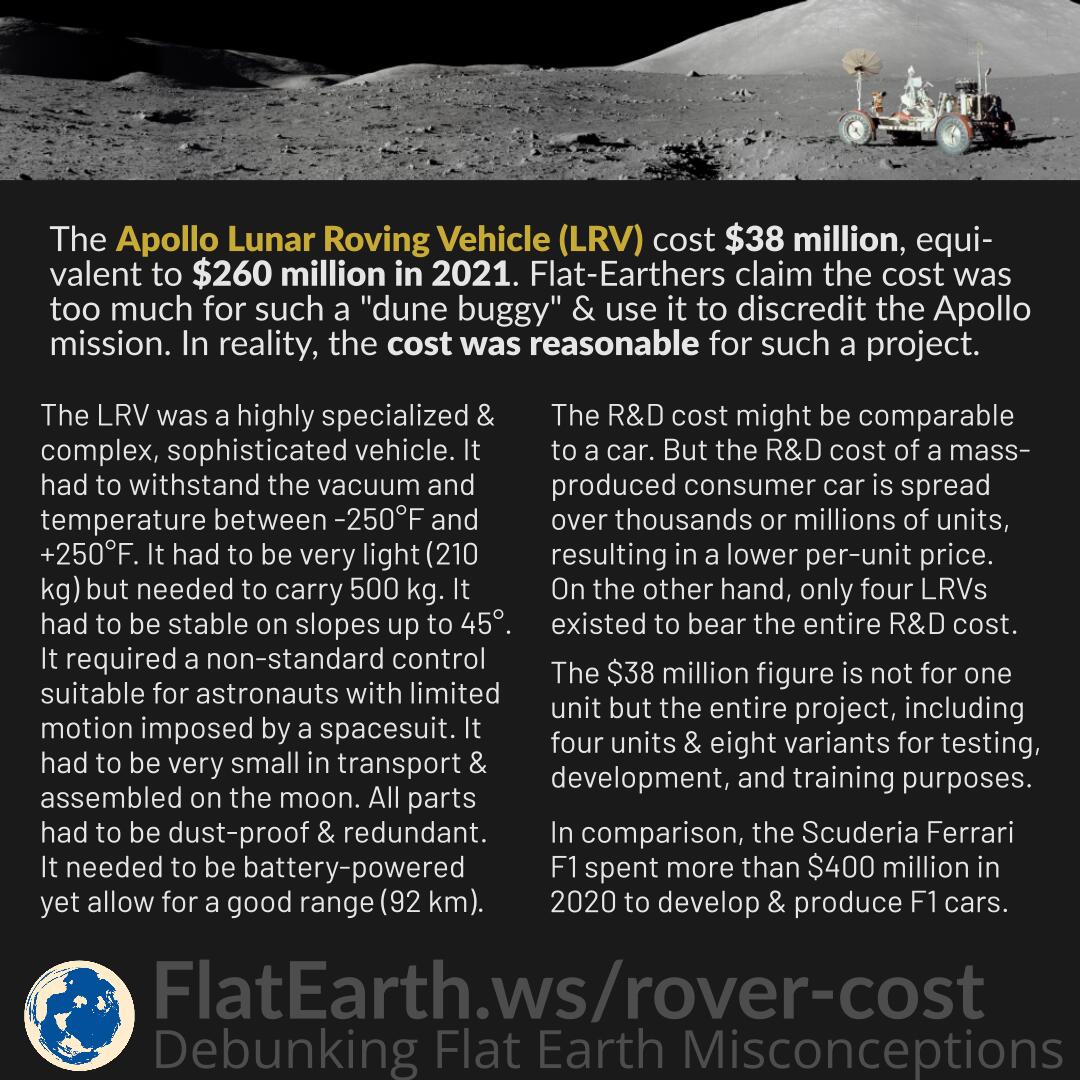 The Apollo Lunar Roving Vehicle (LRV) cost $38 million, equivalent to $260 million in 2021. Flat-Earthers claim the cost was too much for such a “dune buggy” & use it to discredit the Apollo mission. In reality, the cost was reasonable for such a project.

The LRV was a highly specialized & complex, sophisticated vehicle. It had to withstand the vacuum and temperature between -250°F and +250°F. It had to be very light (210 kg) but needed to carry 500 kg. It had to be stable on slopes up to 45°. It required a non-standard control suitable for astronauts with limited motion imposed by a spacesuit. It had to be very small in transport & assembled on the moon. All parts had to be dust-proof & redundant. It needed to be battery-powered yet allow for a good range (92 km).

The R&D cost might be comparable to a car. But the R&D cost of a mass-produced consumer car is spread over thousands or millions of units, resulting in a lower per-unit price. On the other hand, only four LRVs existed to bear the entire R&D cost.

The $38 million figure is not for one unit but the entire project, including four units & eight variants for testing, development, and training purposes.

In comparison, the Scuderia Ferrari F1 spent more than $400 million in 2020 to develop & produce F1 cars.