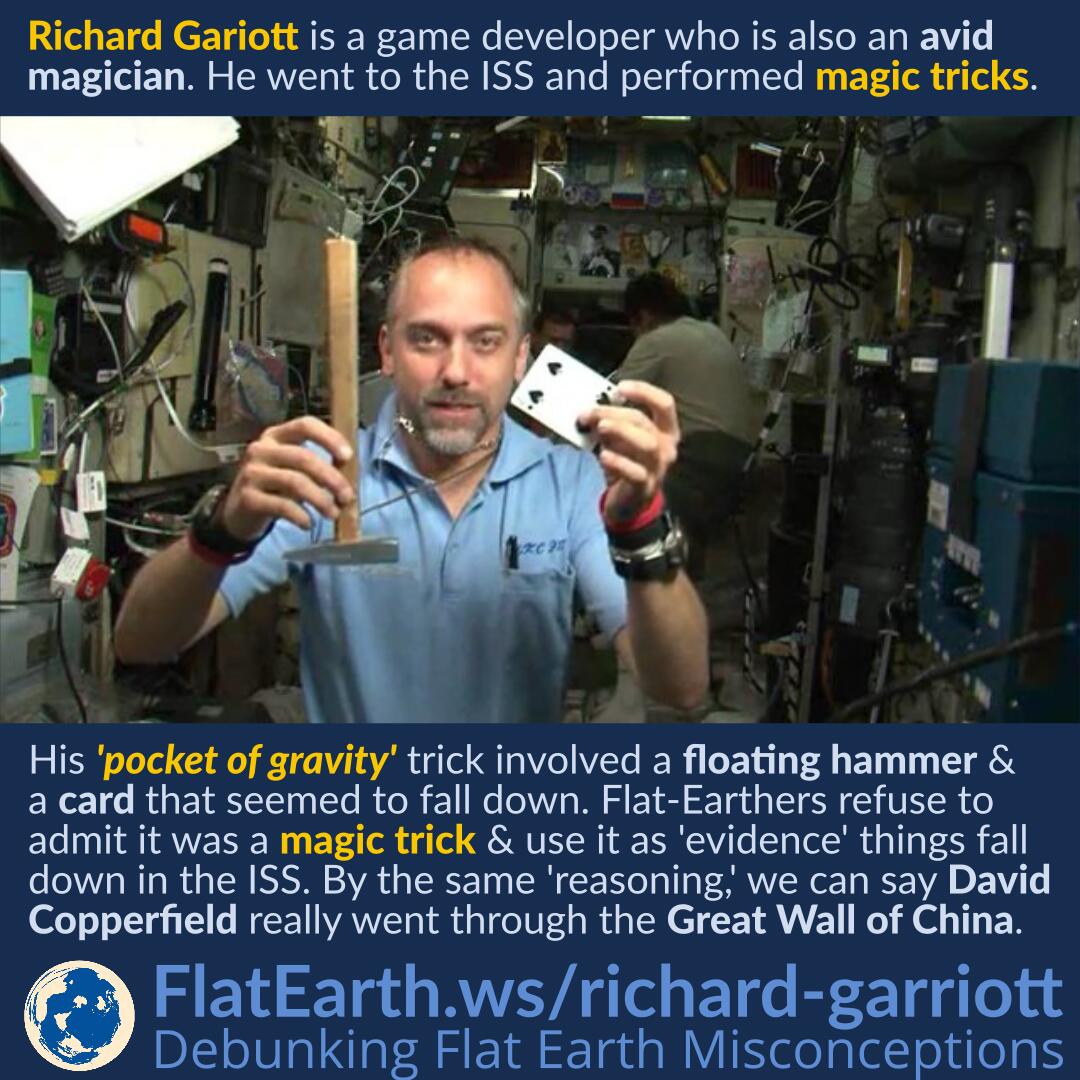 Richard Garriott himself has several times clarified that it was a magic trick, including once in a ‘Flat Earth Debate’ hosted by a radio station.

Even after being repeatedly told, some flat-Earthers insist the scene was not a magic trick. If we were to use the same ‘logic,’ then we can also say that David Copperfield really walked through the Great Wall of China. 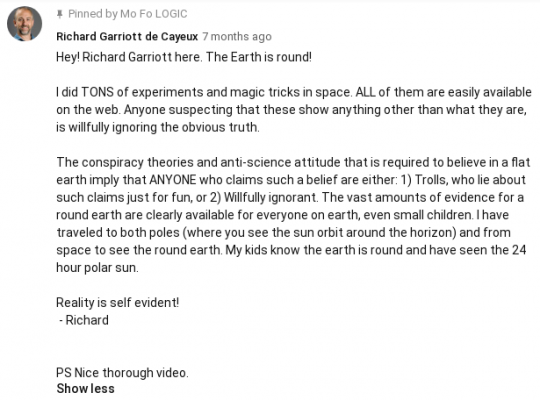 Richard in a Flat-Earth Debate