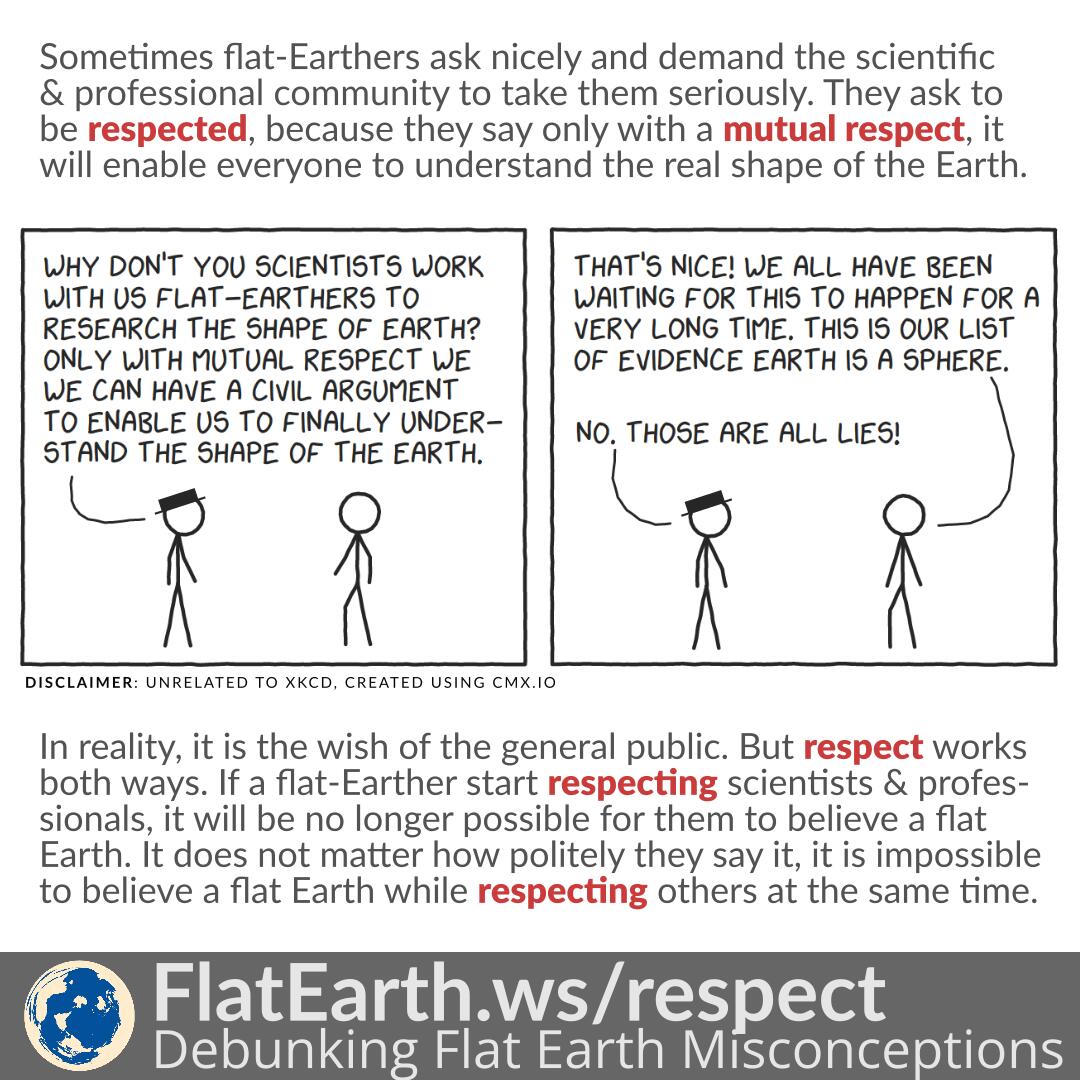 Sometimes flat-earthers ask nicely and demand that the scientific and professional community treat them with respect and take them seriously. They ask everyone to respect them because, they say, only mutual respect can enable everyone to understand and determine the actual shape of the Earth.

In reality, it has been the wish of the general public the whole time. However, respect works both ways. If a flat-Earther starts respecting scientists, professionals & the general public, it will be no longer possible for them to retain the belief in a flat Earth. It does not matter how politely they make their demands, it cannot change the fact that disrespecting others is an integral part of the belief in a flat Earth and can never be separated.

A fundamental requisite for one to become a flat Earther is extreme prejudice to many people. Such animosity takes a significant portion in the ‘curriculum’ of flat-Earth indoctrination. Most of the materials are centered on discrediting scientists, professionals, research institutions, and other parties that provide & rely on the knowledge of the shape of the Earth.

These people will appreciate it if a flat-Earther starts respecting them. However, if a flat-Earther can successfully eliminate their ill feelings toward others, it would be no longer possible for them to keep believing Earth is flat.

Their appeals that the general public starts to respect them are superficial. Respect is earned and needs to start from their own behavior. The disapproval toward them is simply the result of the flat-Earthers’ lack of respect to a huge part of the general public.