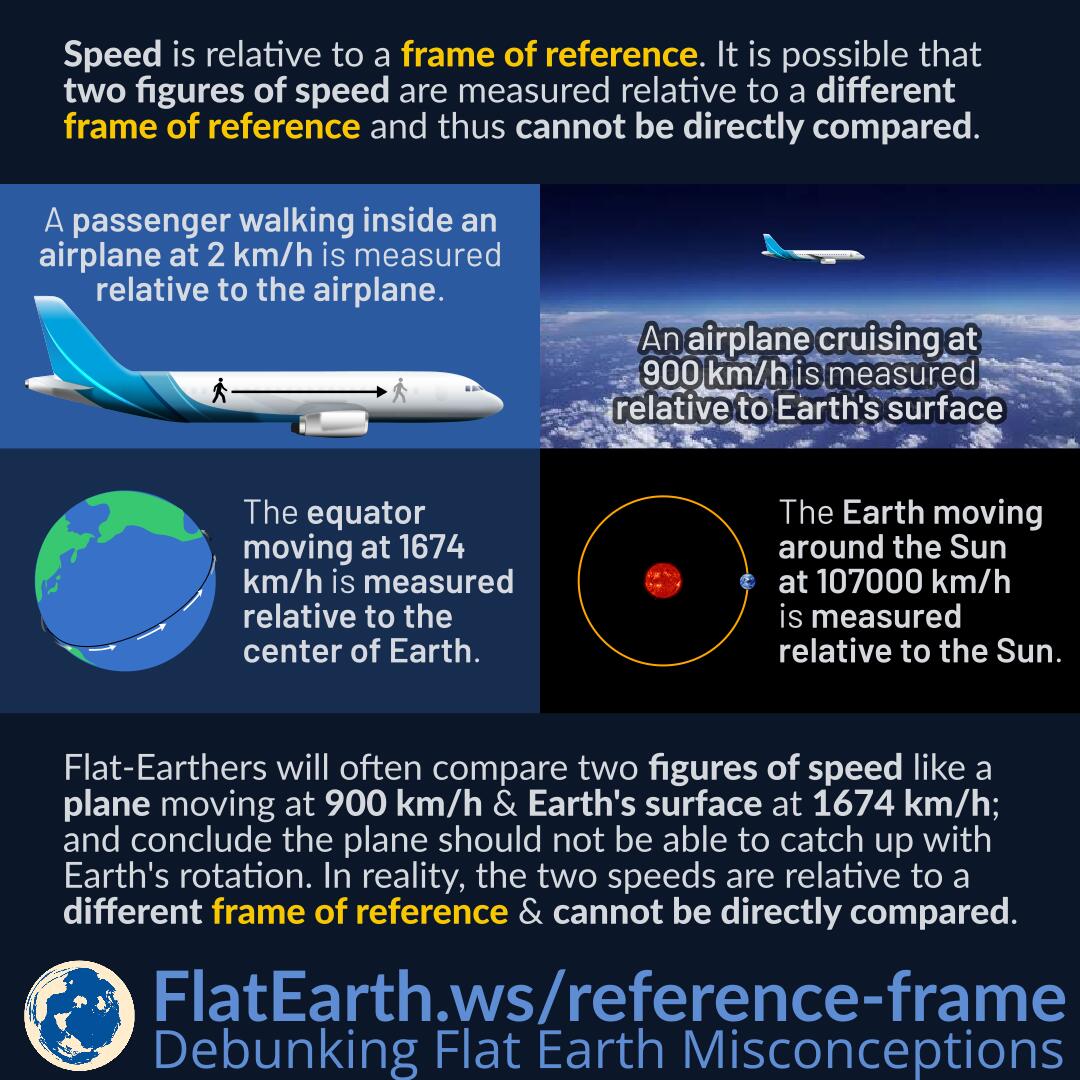 Flat-Earthers like to compare two different speed measurements like an airplane moving at 900 km/h (560 mph) and Earth’s surface near the equator at 1674 km/h (1040 mph). They would conclude the airplane should not be able to catch up with Earth’s surface and would not land if the Earth is rotating. In reality, both the speeds are measured relative to a different frame of reference, and therefore, cannot be compared directly.

Similarly, a passenger on an airplane moving at 900 km/h (560 mph) doesn’t have to run at 905 km/h (563 mph) to reach the lavatory on the front of the plane. At rest, the passenger is already moving at the same speed as the airplane. By walking, the passenger changes their speed relative to the aircraft itself.