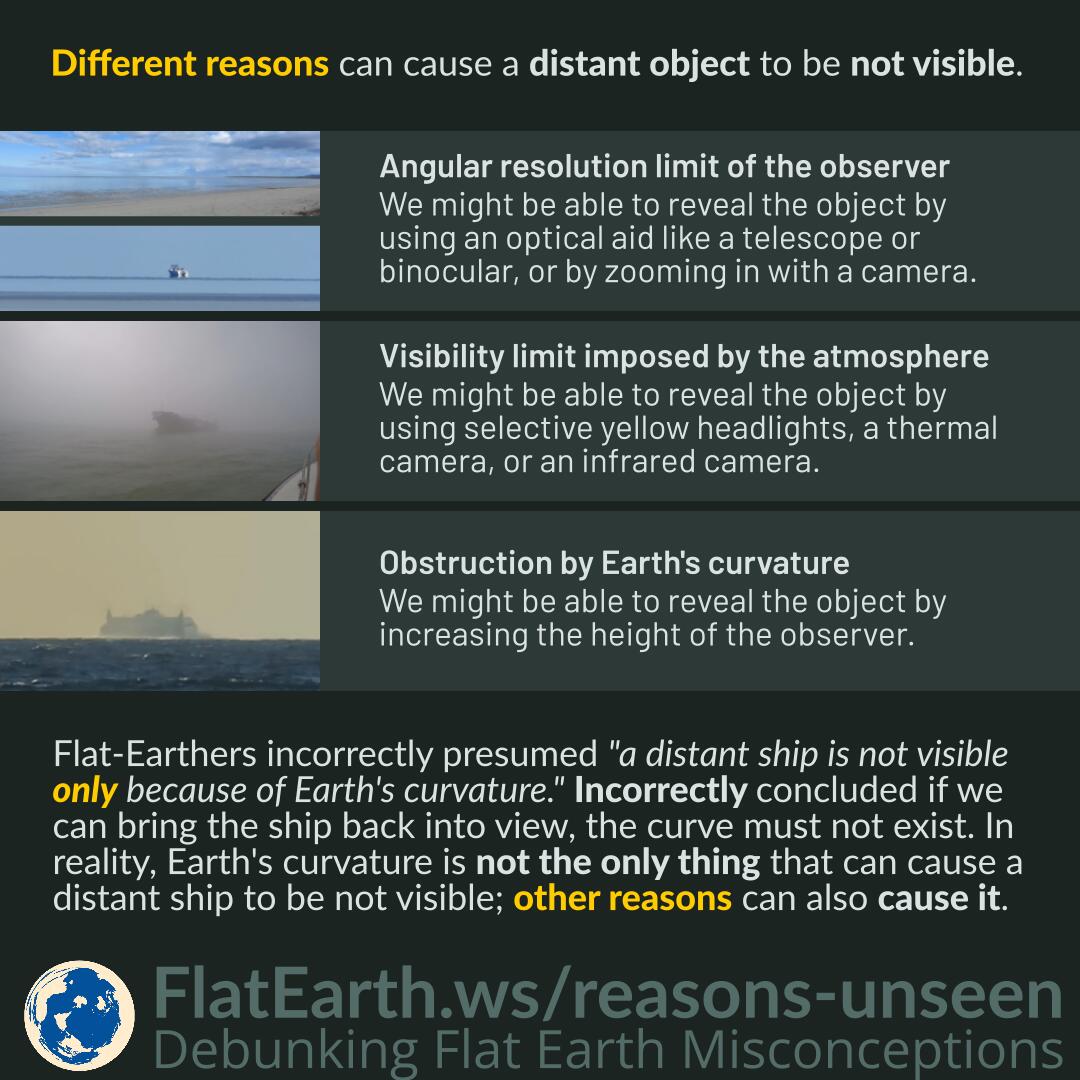 Different reasons can cause a distant object to be not visible:

Our eyes cannot resolve an object with an angular size of less than one arcminute. We might be able to reveal the object by using an optical aid like a telescope or binocular or by zooming in with a camera.

Our atmosphere attenuates and scatters light. Beyond a certain distance, light from the object will be too weak to be discerned; or too scattered & do not form an image. We might be able to improve the visibility by using selective yellow headlights, a thermal camera, or an infrared camera.