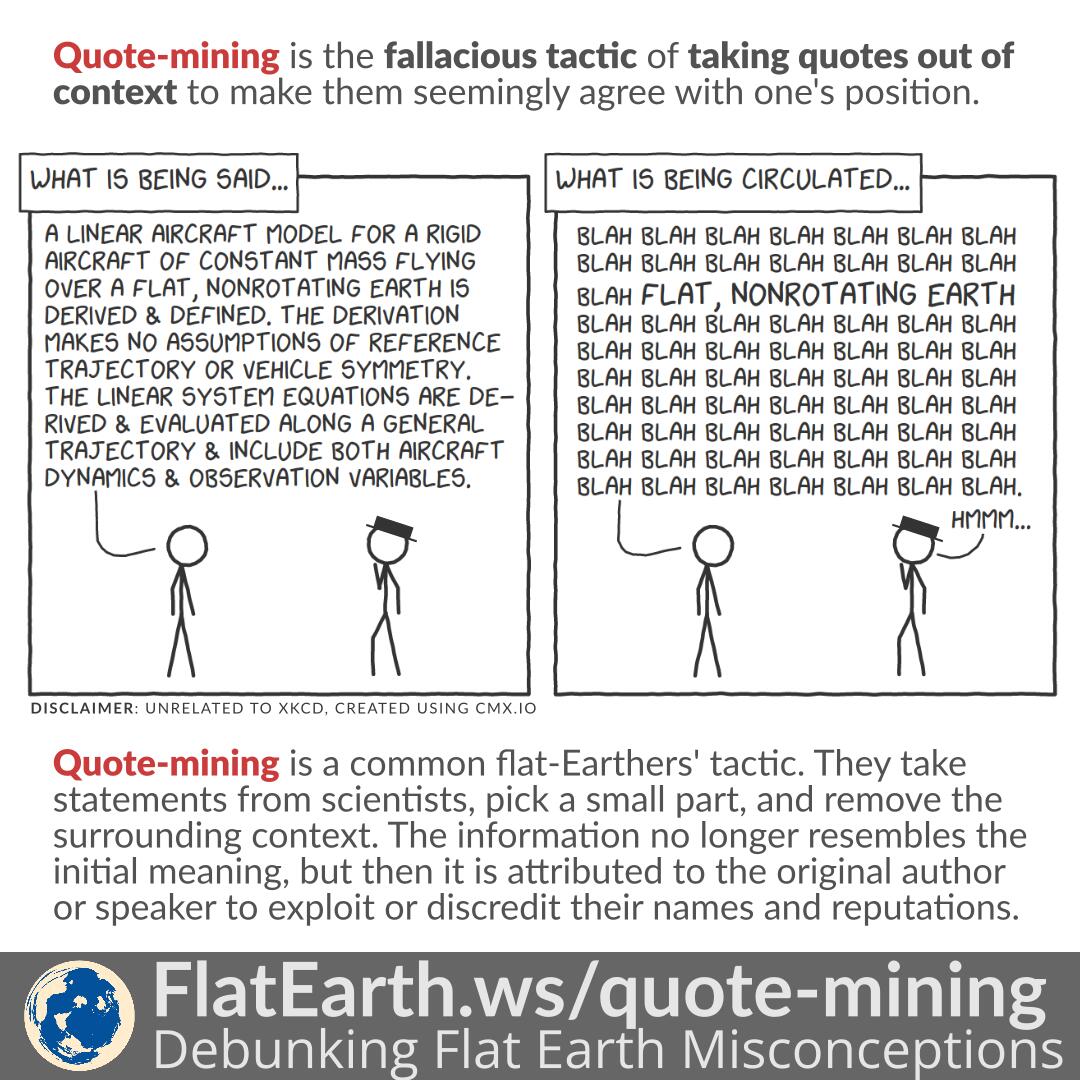 Quote-mining is the fallacious tactic of taking quotes out of context to make them seemingly agree with one’s position.

Quote-mining is a common flat-Earthers’ tactic. They take statements from scientists, pick a small part, and remove the surrounding context. The information no longer resembles the initial meaning, but then it is attributed to the original author or speaker to exploit or discredit their names and reputations.

Arguments based on quoting out of context typically take these two forms:

To avoid becoming a victim, we should try locating the original statements or writings and figure out the context intended by the original authors or speakers.

In practically all the cases, the original statements are standard and reasonable, unlike what these flat-Earthers are misrepresenting.