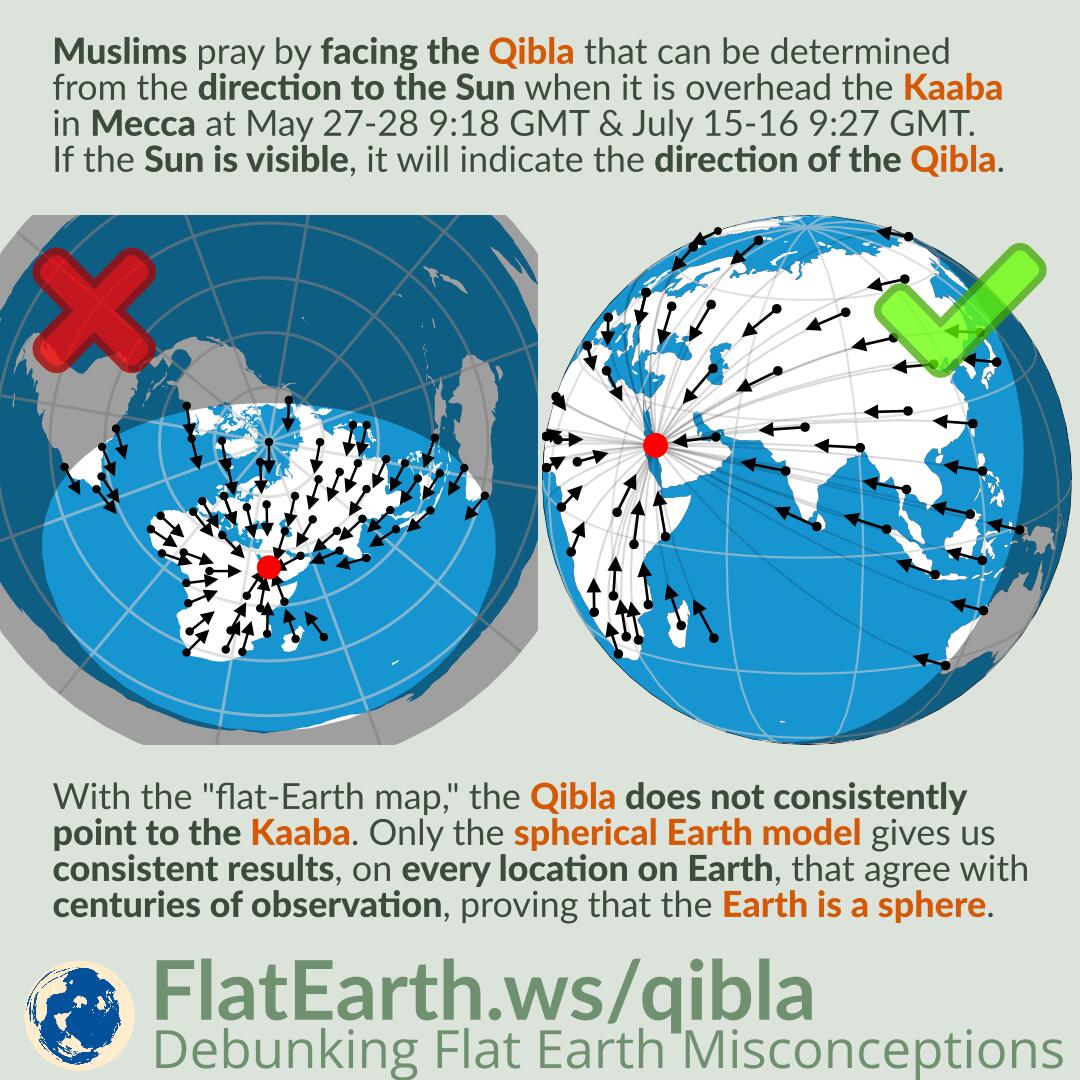 If the observation results are drawn on the so-called ‘flat-Earth map,’ the Qibla will not consistently point to the Kaaba. Only calculations using the spherical Earth model will give us consistent results that agree with centuries of observation from various locations on Earth. The Qibla proves Earth is a sphere.

The Sun will be directly overhead Mecca on May 27-28 at 9:18 GMT and on July 15-16 at 9:27 GMT. If the Sun is visible from any location on Earth during that time, the direction to the Sun will be the same as the Qibla.

If the Sun is not visible from a location, the Qibla can be determined from the Sun’s direction when it is overhead the antipode of Mecca. During the time, the direction away from the Sun will be the same as the Qibla. It occurs on January 12-13 at 21:29 GMT and on November 28 at 21:09 GMT.

Today, practically all Muslims use technology to determine the Qibla. Various online calculators and apps for determining the Qibla rely on calculations using the spherical Earth model. Other than the Qibla, the knowledge that Earth is a sphere is also used for determining prayer times, the beginning of the month in the Islamic calendar, and for scheduling an eclipse prayer in advance.

Today’s Islamic rituals depend on the correct understanding that Earth is a sphere. Even if some Muslims claim that the Earth is flat, how they perform their religious rituals speak louder than their claims.