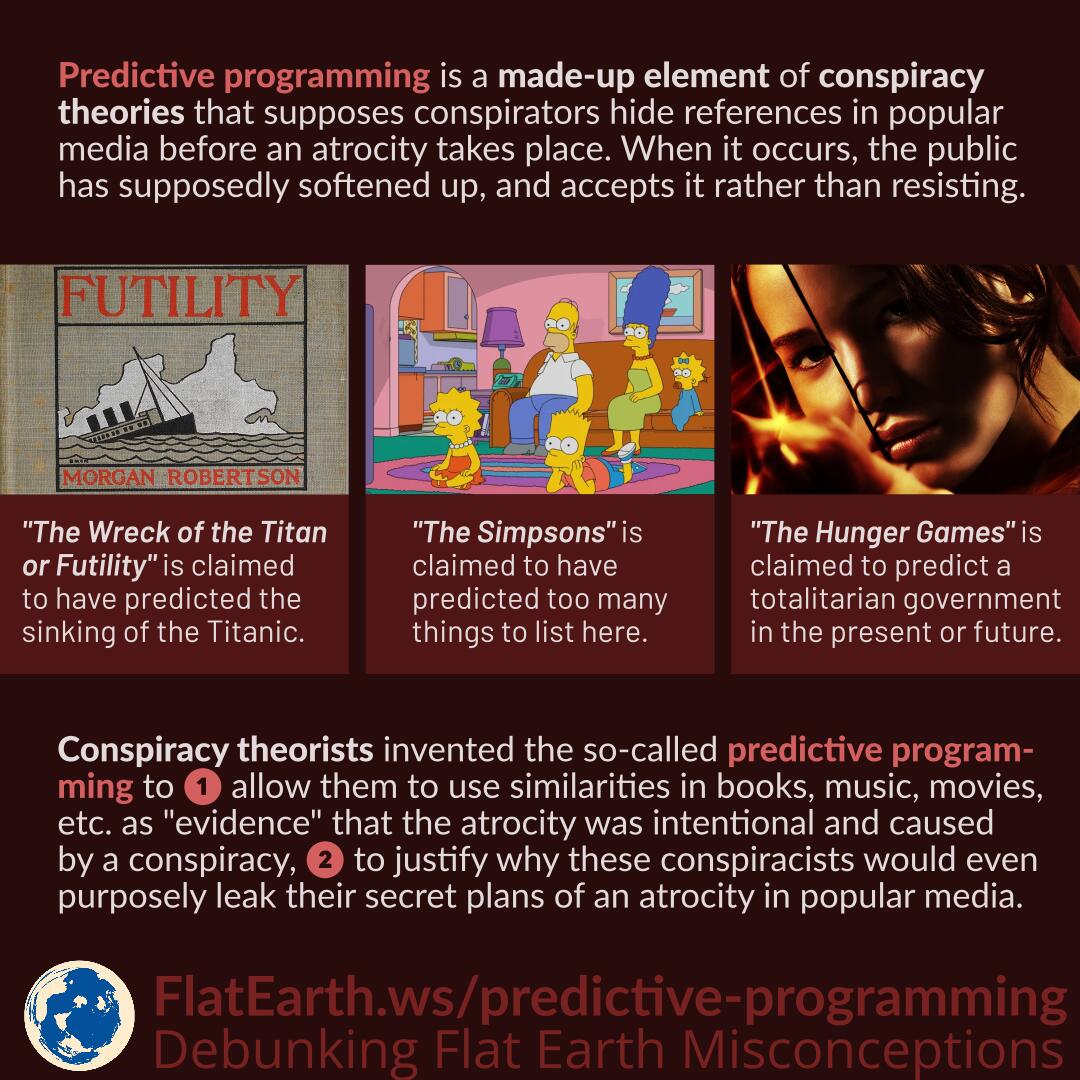 Predictive programming is a made-up element of conspiracy theories that supposes conspirators hide references in popular media before an atrocity takes place. When it occurs, the public has supposedly softened up and accepts it rather than resisting.

Conspiracy theorists invented the so-called predictive programming to allow them to use similarities in books, music, movies, etc., as “evidence” that the atrocity was intentional & caused by a conspiracy. It also gives them a convenient excuse to justify why these conspiracists would even purposely leak their secret plans of an atrocity in popular media.

Flat-Earth is a frequent object of ridicule in popular media. But, predictably, flat-Earthers claim that these references about flat Earth are examples of predictive programming.