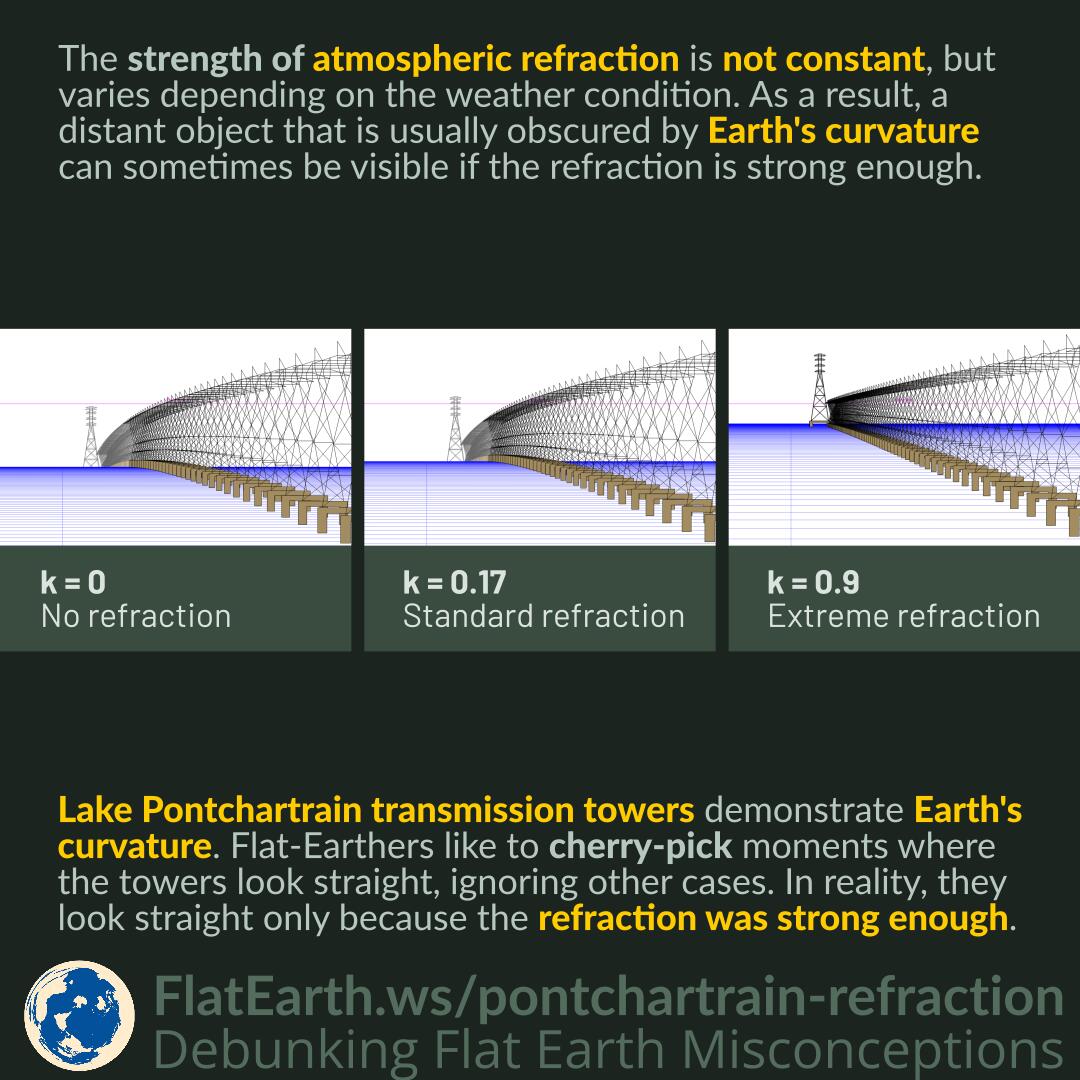 The strength of atmospheric refraction is not constant but varies depending on the weather condition. As a result, a distant object usually obscured by Earth’s curvature can sometimes be visible if the refraction is strong enough.

Lake Pontchartrain transmission towers demonstrate Earth’s curvature. Flat-Earthers like to cherry-pick moments where the towers appear straight, ignoring other cases. In reality, they look straight only because the refraction was strong enough.

Extreme refraction usually means the layers of air are unstable and result in distorted or blurred images, which is precisely what happens in the images that flat-Earthers like to show us.