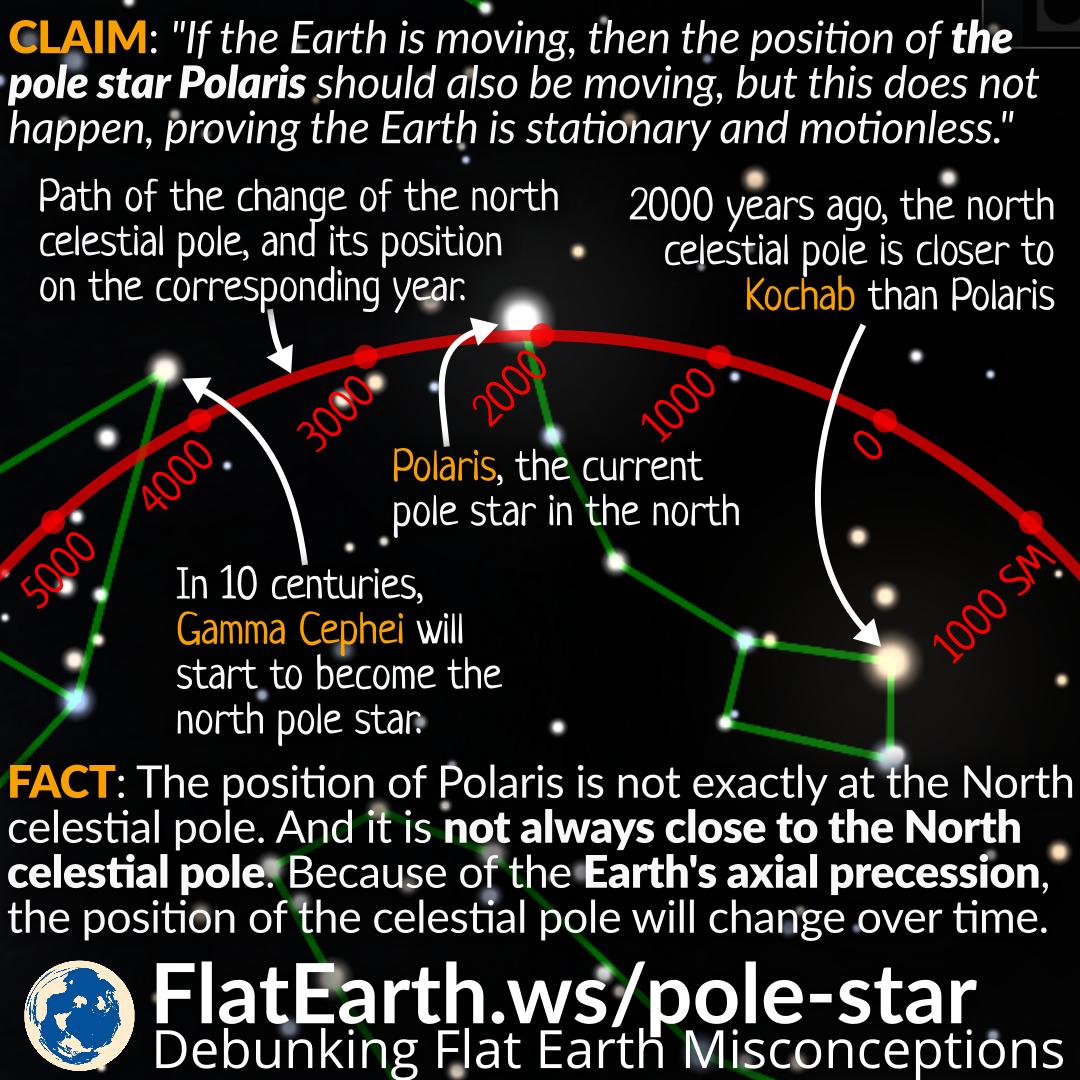 Flat-Earthers often claim that the fact Polaris not appearing to move is ‘evidence’ that the Earth is flat and stationary. If the Earth is a rotating sphere, then Polaris —as they say— should appear to be in motion.

In reality, Polaris is indeed moving across the sky. Though it is not something we can observe in a single night, or even in our entire lifetime.

Precession is the same motion we observe on a rotating top. Beside the rotating motion, we can also observe the axis of rotation is also moving, and it is more evident as the top rotates slower.

In the next few centuries, the north celestial pole will drift too far from Polaris, and we will start calling the star Gamma Cephei as our new pole star.

Therefore, the fact that the Earth is spherical and in motion is proven according to the condition put forward by flat-Earthers themselves. We only need a few centuries of celestial observation in order to prove it.