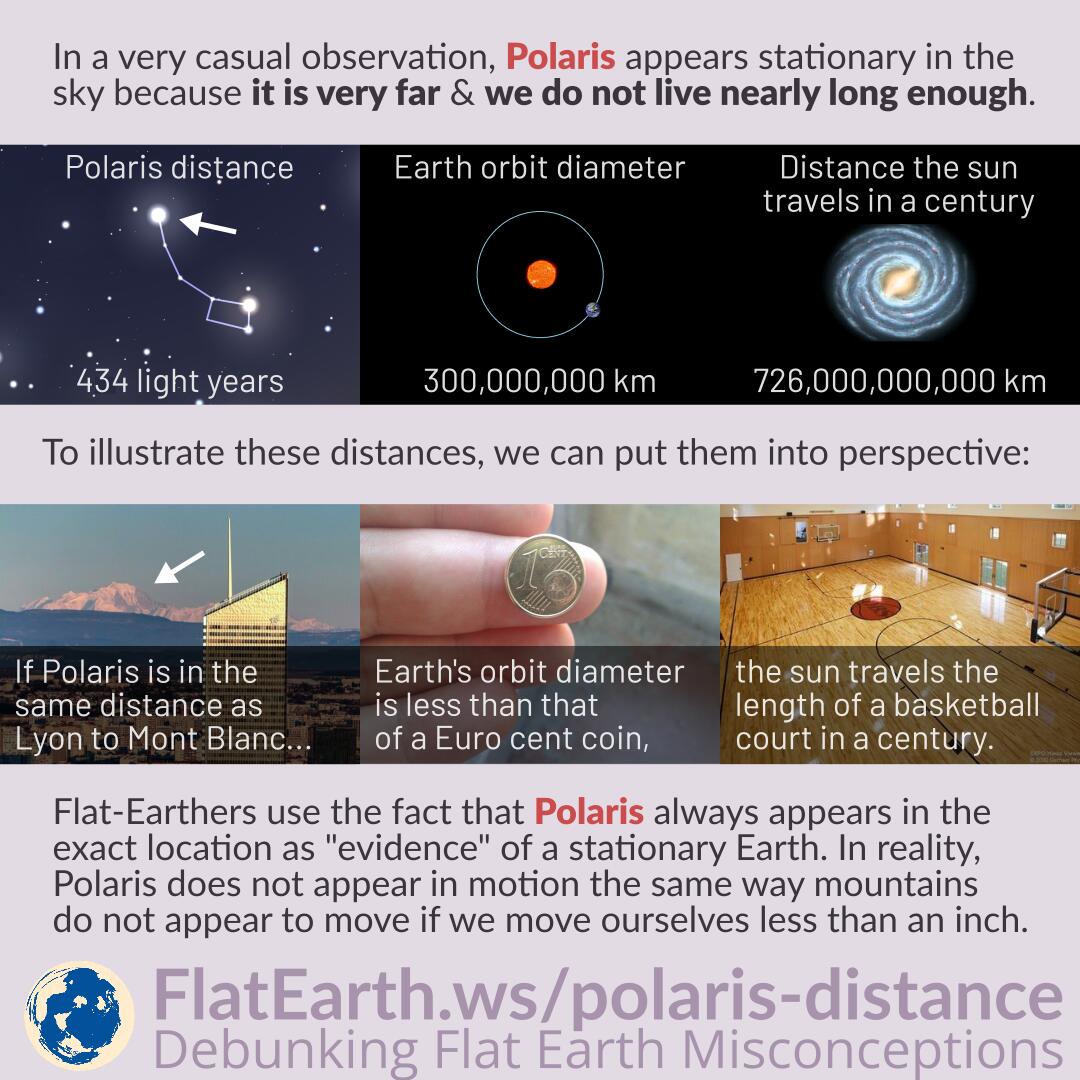 In a very casual observation, Polaris appears stationary in the sky because it is very far & we do not live nearly long enough.

Flat-Earthers use that Polaris always appears in the exact location as “evidence” of a stationary Earth. In reality, it does not appear in motion the same way mountains do not appear to move if we move less than an inch.

Polaris is 433.8 light-years away. It is a significant distance compared to the Earth’s orbital diameter, or even the distance the Sun travels through the Milky Way in a century. To illustrate, we can apply the same scale to everyday distances.

Polaris appears stationary only because its motion is too small to be observed visually during our lifetime. Precise instruments can detect its apparent movements.