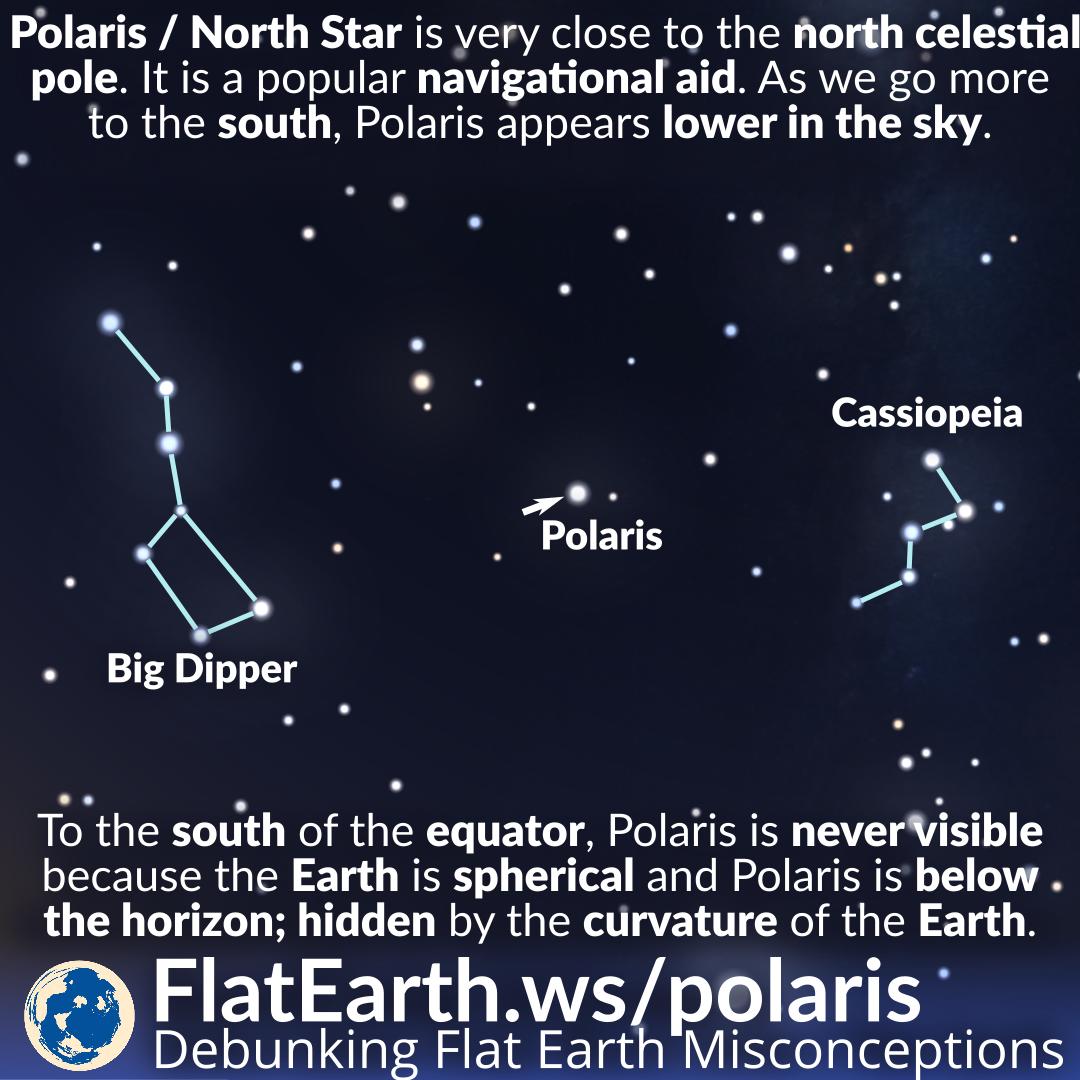 If Polaris were a star in the center of the ‘firmament’, and stars rotate around it, then we should be able to see it from all over the Earth. In fact, this is claimed by 19th-century pseudoscientist and a notorious peddler of the flat Earth ‘theory’, Samuel Rowbotham:

“If the Earth is a sphere and the pole star hangs over the northern axis, it would be impossible to see it for a single degree beyond the equator, or 90 degrees from the pole. The line-of-sight would be a tangent to the sphere, and consequently several thousand miles out of and divergent from the direction of the pole star. Many cases, however, are on record of the north polar star being visible far beyond the equator, as far as the tropic of Capricorn.”

Only 10-12% of all humans live in the southern hemisphere. So if you were to sell the flat Earth ‘theory’, then it would make sense to focus on the northerners. After all, the market is 10× bigger. You can be as vague as possible on the southern facts and phenomenon, and practically nobody will notice.

Samuel Rowbotham could have told everyone a blatant lie and got away with it. In the 19th century, nobody would waste their time sailing to southern hemisphere just to check if you get your facts correct. A victim of flat-earth misinformation could be forgiven for falling for it.

But there’s no excuse for us.