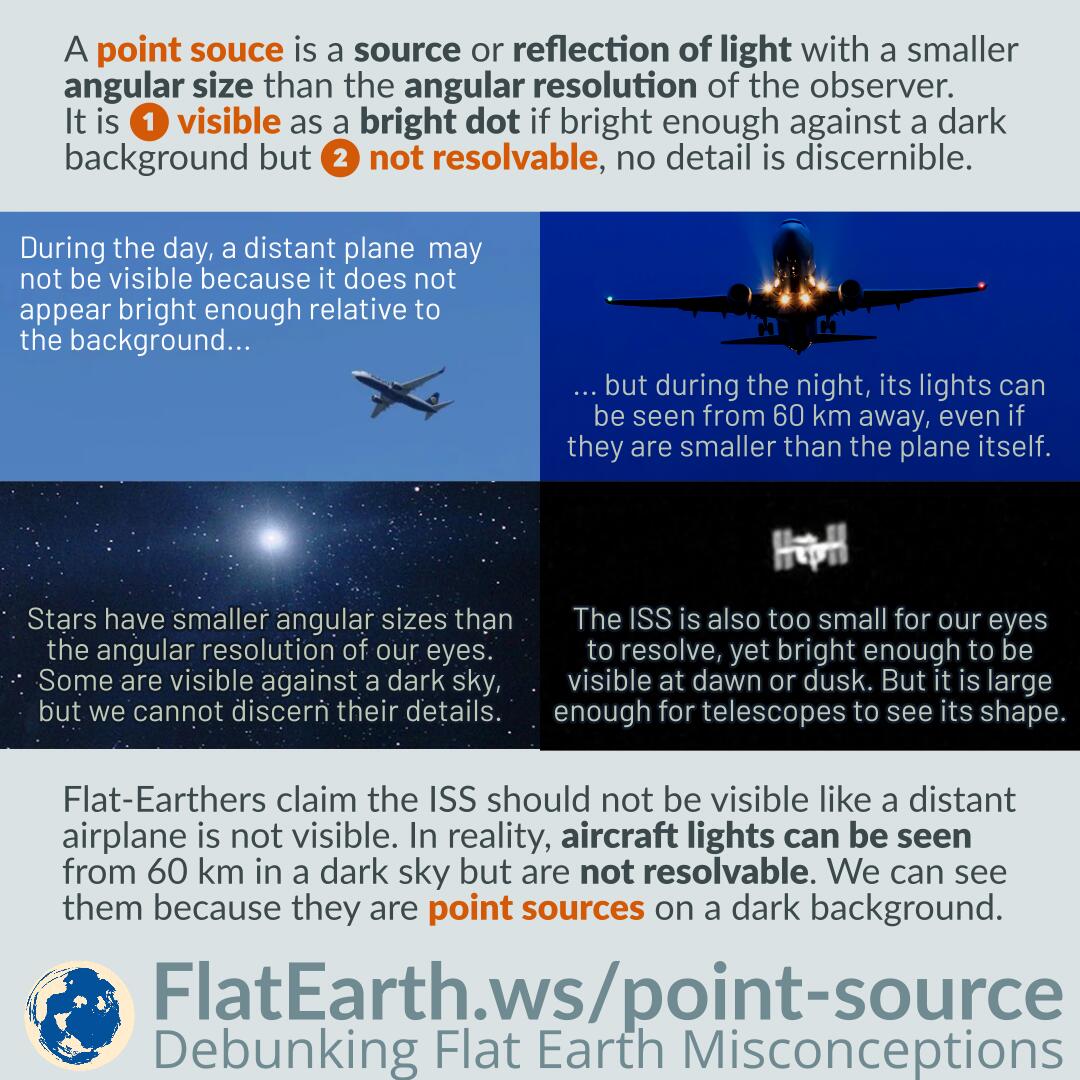 A point source is a source or reflection of light with a smaller angular size than the angular resolution of the observer. It is visible as a bright dot if bright enough against a dark background but not resolvable, or no detail is discernible.

Flat-Earthers claim the ISS should not be visible like a distant plane is not visible. In reality, aircraft lights can be seen from 60 km in a dark sky but are not resolvable. We can see them because they are point sources on a dark background.

During the day, a distant plane may not be visible because it does not appear bright enough relative to the background. But during the night, its lights can be seen from 60 km away, even if they are smaller than the plane itself.

Stars have smaller angular sizes than the angular resolution of our eyes. Some are visible against a dark sky, but we cannot discern their details.

The ISS is also too small for our eyes to resolve, yet bright enough to be visible at dawn or dusk. We can only see it as a bright dot in a dark sky. However, it is still large enough that we can use a telescope to increase our resolving power and recognize its shape.