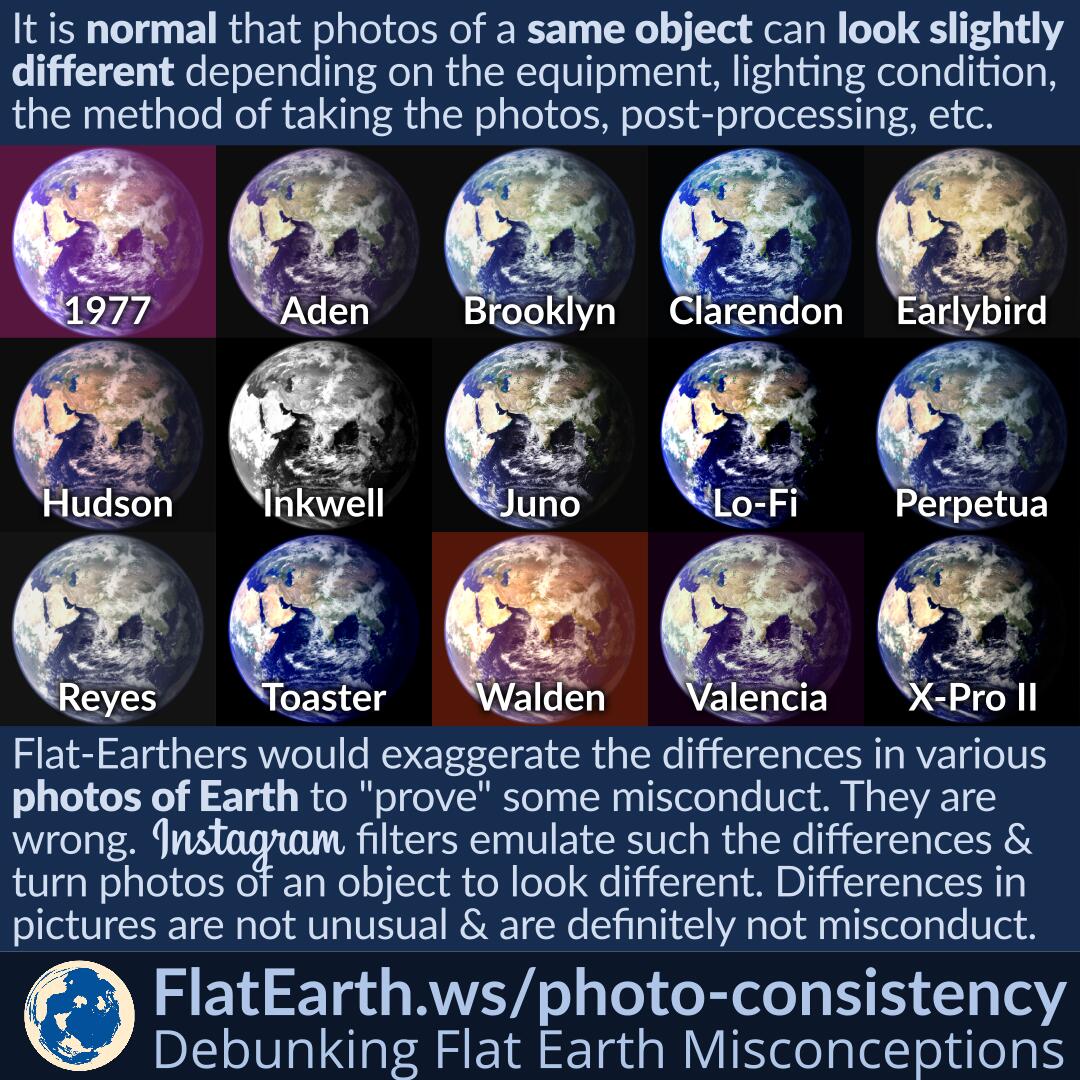 Every time NASA (or anyone else) releases a picture of the Earth from space; flat-earthers would compare it to another image of the Earth. Every photo is going to be different from another, but flat-earthers love to use this fact as a ‘proof’ that these photos are results of image manipulation, and that we are being deceived somehow.

But here are some real-world reasons why the images of the same object —the Earth— might look different from each other:

There are various dials, knobs, and menus in a digital camera. Fiddling with these will result in a different output image.

If we have a decent digital camera, we can try taking a burst of pictures using very fast shutter speed with manual exposure under old fluorescent lighting. Even with the same equipment, the resulting photos will have noticeable color differences.

When it comes to photography, no single picture is the ‘correct’ one.

It can be said that filters in Instagram try to emulate these differences in output that we get by changing equipment, film or settings. A long time ago, a photographer had to change films to get different look obtained by a different film. Today, we merely need to pick the filter that we think has the best result.

If using filters is not a crime, neither is taking those pictures of the Earth.