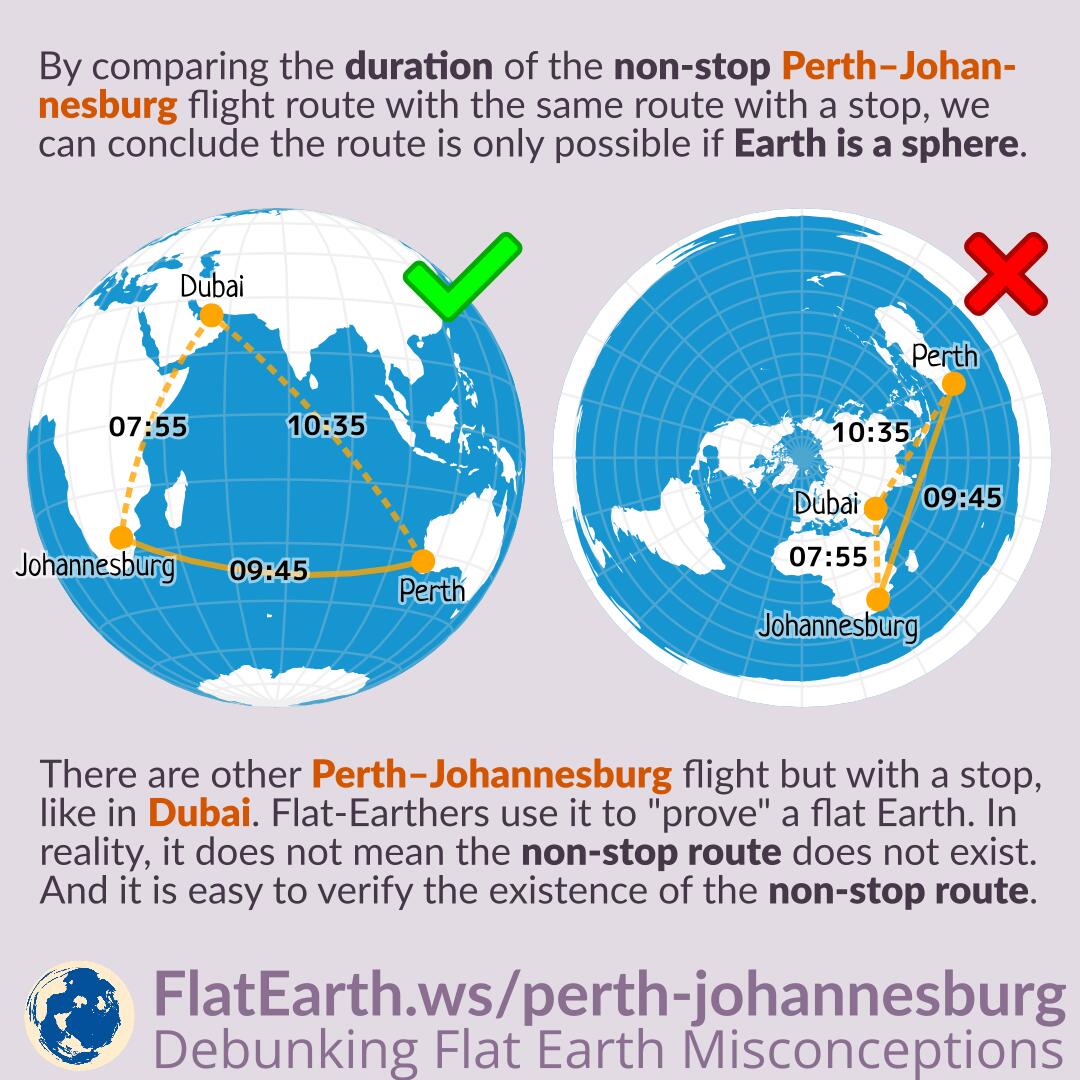 By comparing the duration of the non-stop Perth–Johannesburg flight route with the same route with a stop, we can conclude the route is only possible if Earth is a sphere.

There are other Perth–Johannesburg flights but with a stop, like in Dubai. Flat-Earthers use it to “prove” a flat Earth. In reality, it does not mean the non-stop route does not exist. And it is easy to verify the existence of the non-stop route. These are consistent only with a spherical Earth and can never be explained if the Earth is flat.

Flight durations, according to Google Flights.