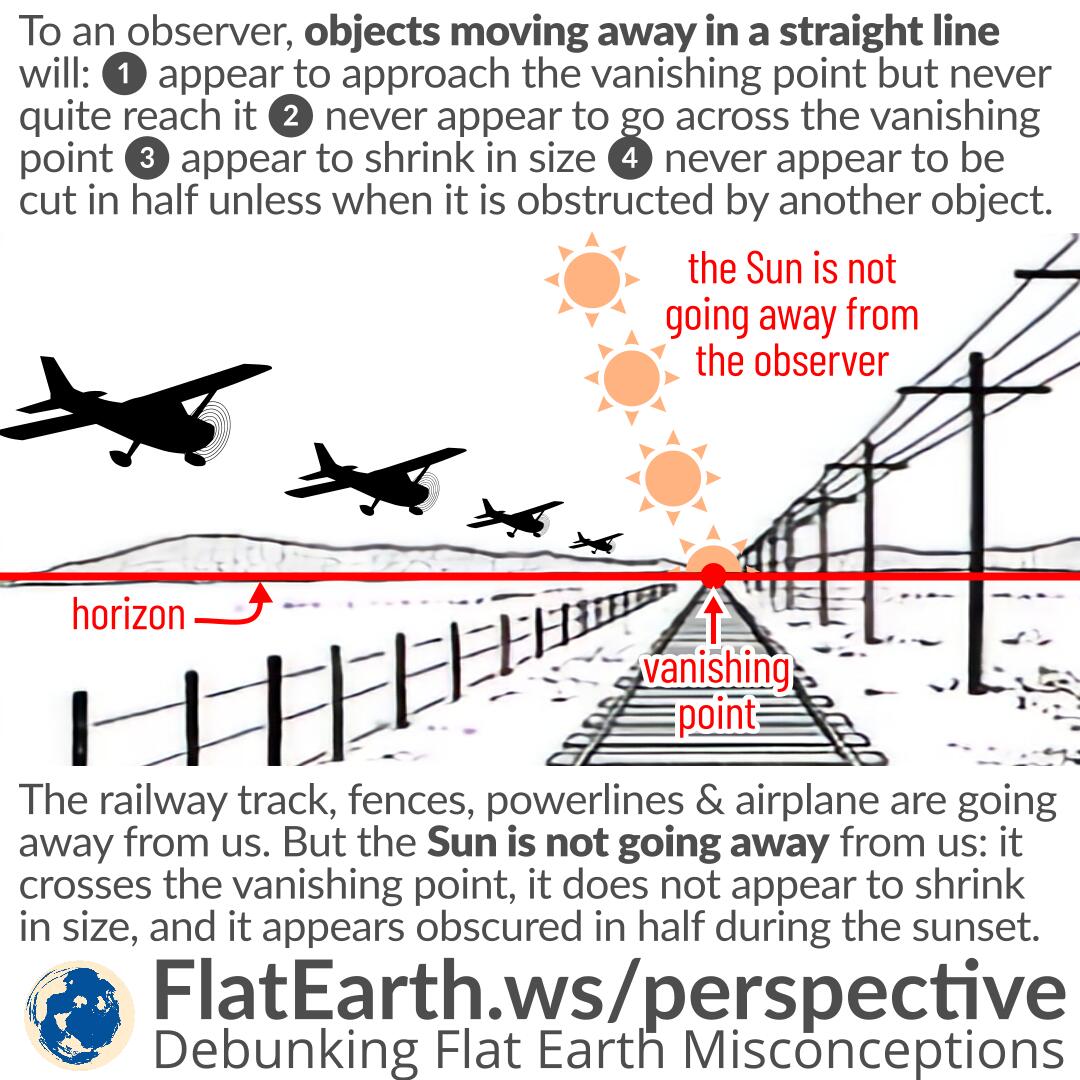 To an observer, the law of perspective will cause objects moving away in a straight line to:

If the Earth were flat, sunsets, sunrises, and other general phenomena where objects are not visible due to Earth’s curvature should not occur. To “fix the problem,” flat-Earthers invented the explanation that the apparent obstruction of a distant object can occur on a flat Earth due to “perspective.” Their “perspective” is simply a baseless ad-hoc explanation that does not resemble how the real-world perspective works.

Their pretext is that an object appears closer to the horizon as it is moving away from the observer. They extrapolated this fact and wrongly assume that if it keeps going away, then it will eventually appear to cross the horizon line and is no longer visible.

The claim is contrary to our experience. Any object that appears above the horizon will stay above it no matter how far it is. If the object is far enough, then it will appear as a single dot, approaching the vanishing point. The same also happens with objects that appear below the horizon. A long and straight rail track will appear to converge to a single dot if it is far enough. It will not appear to ‘go up’ and cross the horizon line no matter how far it is.

Flat-Earthers’ explanation of “perspective” is simply a baseless ad-hoc hypothesis invented to prevent the flat Earth theory from being falsified. It does not remotely resemble the real-world law of perspective.