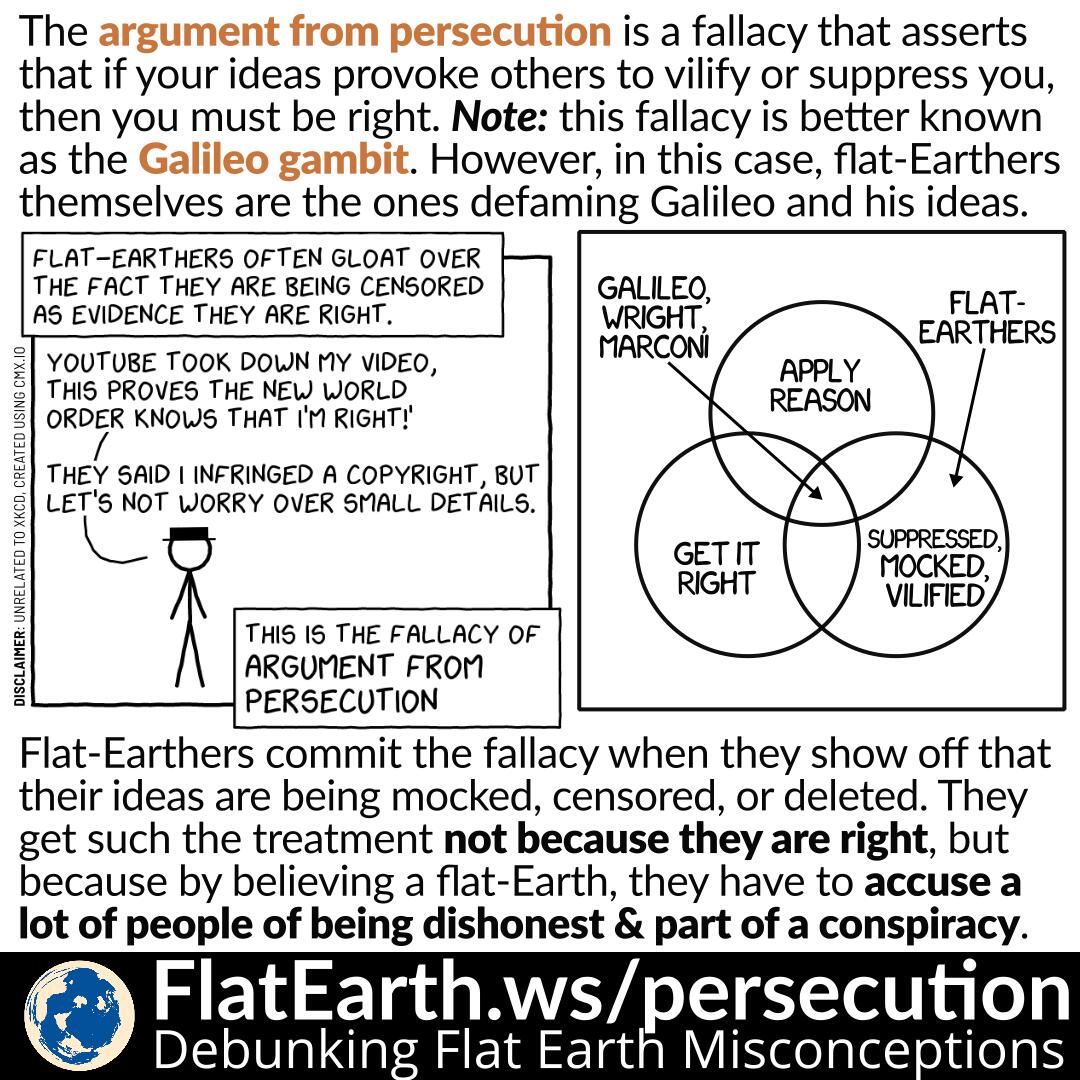 The argument from persecution is a fallacy that asserts that if your ideas provoke others to vilify or suppress you, then you must be right. Note: this fallacy is better known as the Galileo gambit. However, in this case, flat-Earthers themselves are the ones defaming Galileo and his ideas.

Flat-Earthers commit the fallacy when they show off that their ideas are being mocked, censored, or deleted. They get such the treatment not because they are right. But because by believing in a flat Earth, they have to accuse a lot of people of being dishonest and part of a global conspiracy.

Some scientists were persecuted and/or mocked due to their then outlandish claims, like the Wright brothers who claimed to have invented the airplane. But after successfully demonstrated their inventions, Wright silenced their critics who were skeptical of their claims.

In reality, flat-Earthers get such a treatment because of their behavior. It is impossible to believe in a flat Earth without accusing a great number of people of lying and being part of a conspiracy. It is the reason many people do not take flat-Earthers in high regard. People do not like being accused of a crime they have never done.