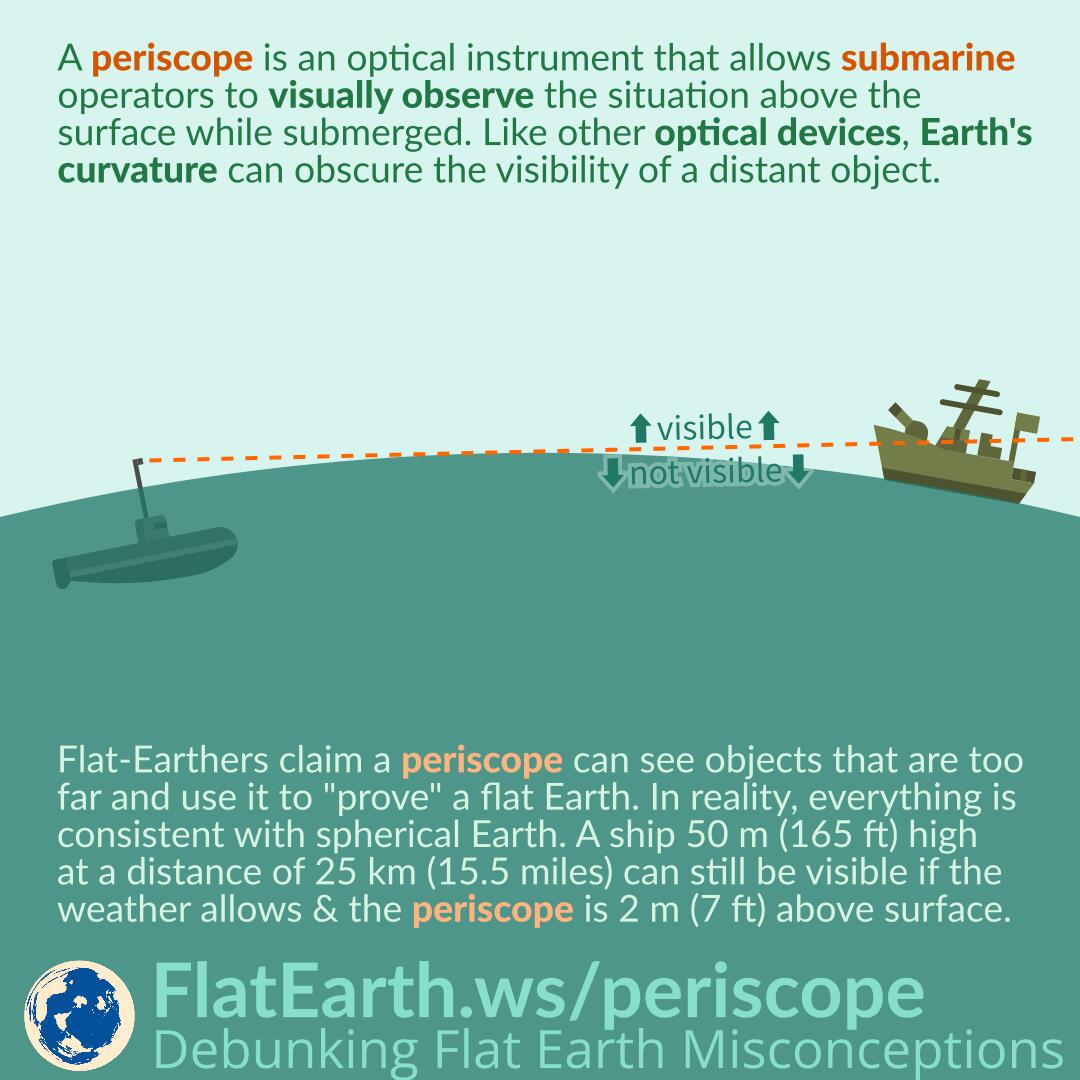 A periscope is an optical instrument that allows submarine operators to visually observe the situation above the surface while submerged. Like other optical devices, Earth’s curvature can obscure the visibility of a distant object.

Flat-Earthers claim a periscope can see objects that are too far, and they use it to “prove” a flat Earth. In reality, everything is consistent with spherical Earth. A ship 50 m (165 ft) high at a distance of 25 km (15.5 miles) can still be visible if the weather allows & the periscope is 2 m (7 ft) above the surface.

Many flat-Earth claims involving periscopes are based on the firing range of some of World War 2 era torpedoes. The Japanese Type 93 torpedo has a maximum range of 40 km; then flat-Earthers claim that a periscope should see over 40 km. They failed to realize that Type 93 torpedoes are ship-based, not launched from submarines. Warships have a high mast and can see much farther over Earth’s curvature than submarine’s periscopes.

Submarine-based torpedoes of the era have a much shorter firing range. For example, US Navy’s Mark 14 torpedo has a maximum range of 8 km, well within the visibility range from a periscope. Modern torpedoes can have a longer range as they have targeting methods other than visual targeting. They cannot be regarded as a reference of the maximum visibility range from a periscope.