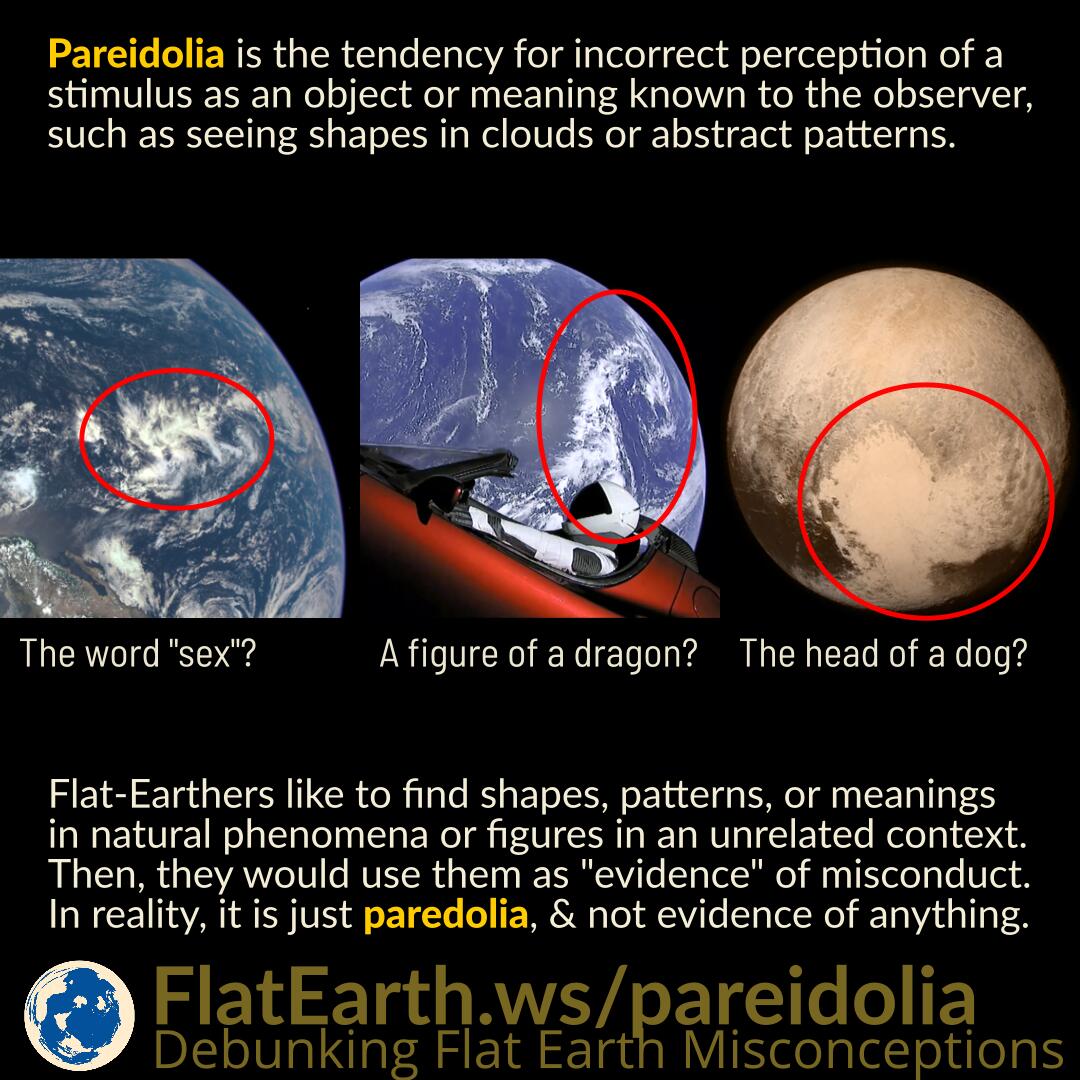 Pareidolia is the tendency for the incorrect perception of a stimulus as an object, pattern or meaning known to the observer, such as seeing shapes in clouds, inanimate objects, or abstract patterns.

Flat-Earthers like to find shapes, patterns, or meanings in random natural phenomena, abstract figures, or figures in an unrelated context. Then, they would use them as “evidence” of some wrongdoing. In reality, it is just an effect of pareidolia, giving them false ideas. They are not evidence of anything.

Recognizing patterns in random or abstract stimuli is normal. It is part of being humans. However, it is another matter jumping to conclusions and interpreting them to have specific, unrelated meanings, or even worse, using them to accuse others of being part of a conspiracy.