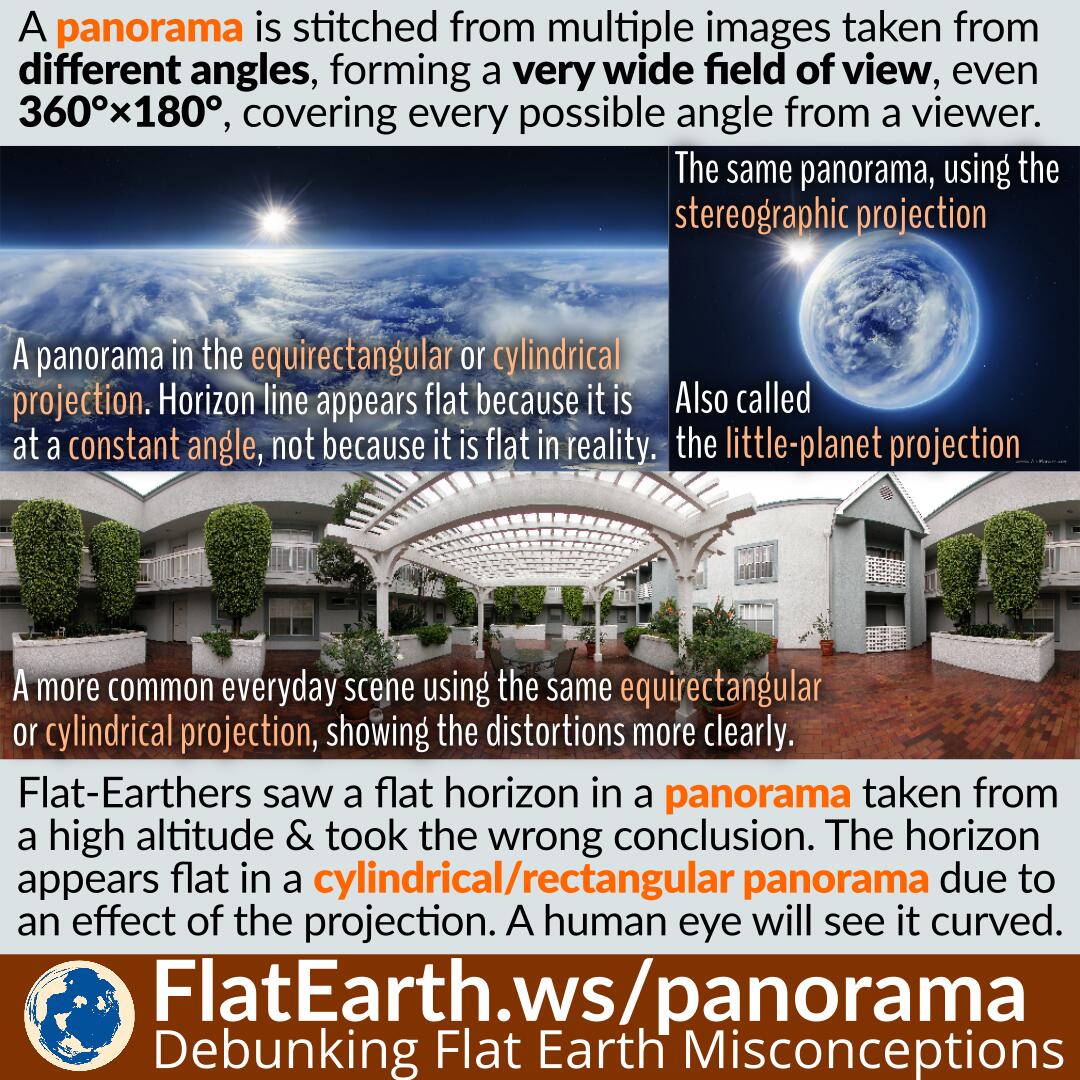 A panorama image is stitched from multiple photos that were taken from different angles, forming a very wide field of view, even 360°×180°, covering every possible angle from the viewer.

Someone has taken a panorama from a high-altitude balloon and made available the results in various projections. Flat-Earthers saw a flat horizon in one of the panorama images and took the wrong conclusion. The horizon will appear flat in a cylindrical or equirectangular projection due to an effect of the projection. The panorama creator also has the panorama in other formats, including an interactive one in the general perspective projection, which shows how it would look from a human eye, and it shows the curvature.

There are others projections too. Another popular one is the stereographic projection, also called the little-planet projection. It shows the result like a little planet and usually used for novelty.

Flat-Earthers often took the flat horizon from the equirectangular panorama and use it as ‘proof’ of a flat horizon. The most popular set of panorama images abused by them is the “Flight to stratosphere above the Caucasus Mountains”. There are several equirectangular & little-planet panoramas in the collection, as well as an interactive panorama using the general perspective projection that shows how the scene would look from a human eye.

Flat-Earthers, predictably, cherry-picked only the images where the horizon appears flat, and ignore the others clearly showing the curved horizon.

This is an interactive version of the panorama image often presented as “proof” of a flat Earth.