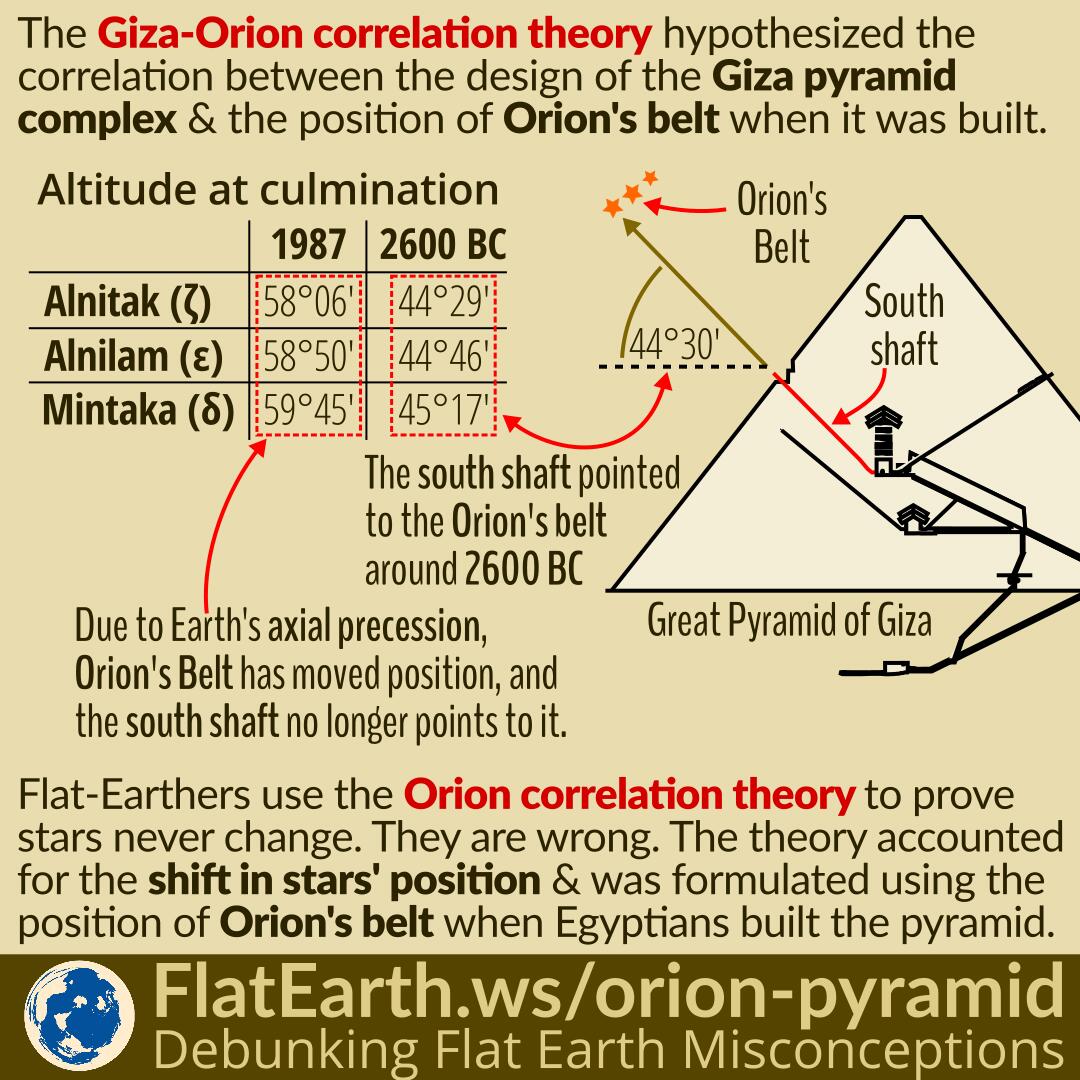 The Giza-Orion correlation theory is a fringe hypothesis claiming the correlation between the design of the Giza pyramid complex and the position of Orion’s belt during the time the pyramids were built.

Today, the light from Orion’s belt will never reach the King’s chamber because the position of the stars has shifted. Due to Earth’s axial precession, Orion’s belt no longer culminates at 44°30′, but at about 59°.

The Alignment of the Pyramids

Another aspect of the theory is that the Giza pyramid complex is thought to have been designed to match the shape of Orion’s belt. Flat-Earthers often show a picture like below and use it to “prove” the position of stars never changes. However, this picture, at best, is only a misleading illustration. 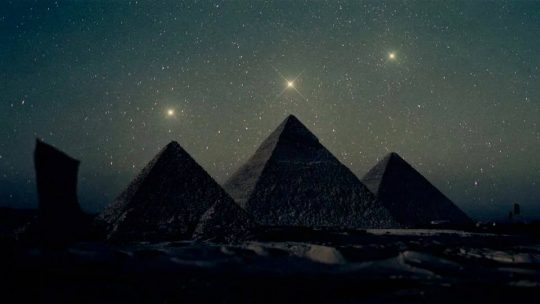 But the stars are up above, about 45°. To align them with the pyramid, an observer needs to be well underground. So, it is never possible to align Orion’s Belt with the pyramids in such a way presented in the picture, not now, and not when the Pyramids were built. The picture here is simply a poor illustration of the Giza-Orion correlation theory.