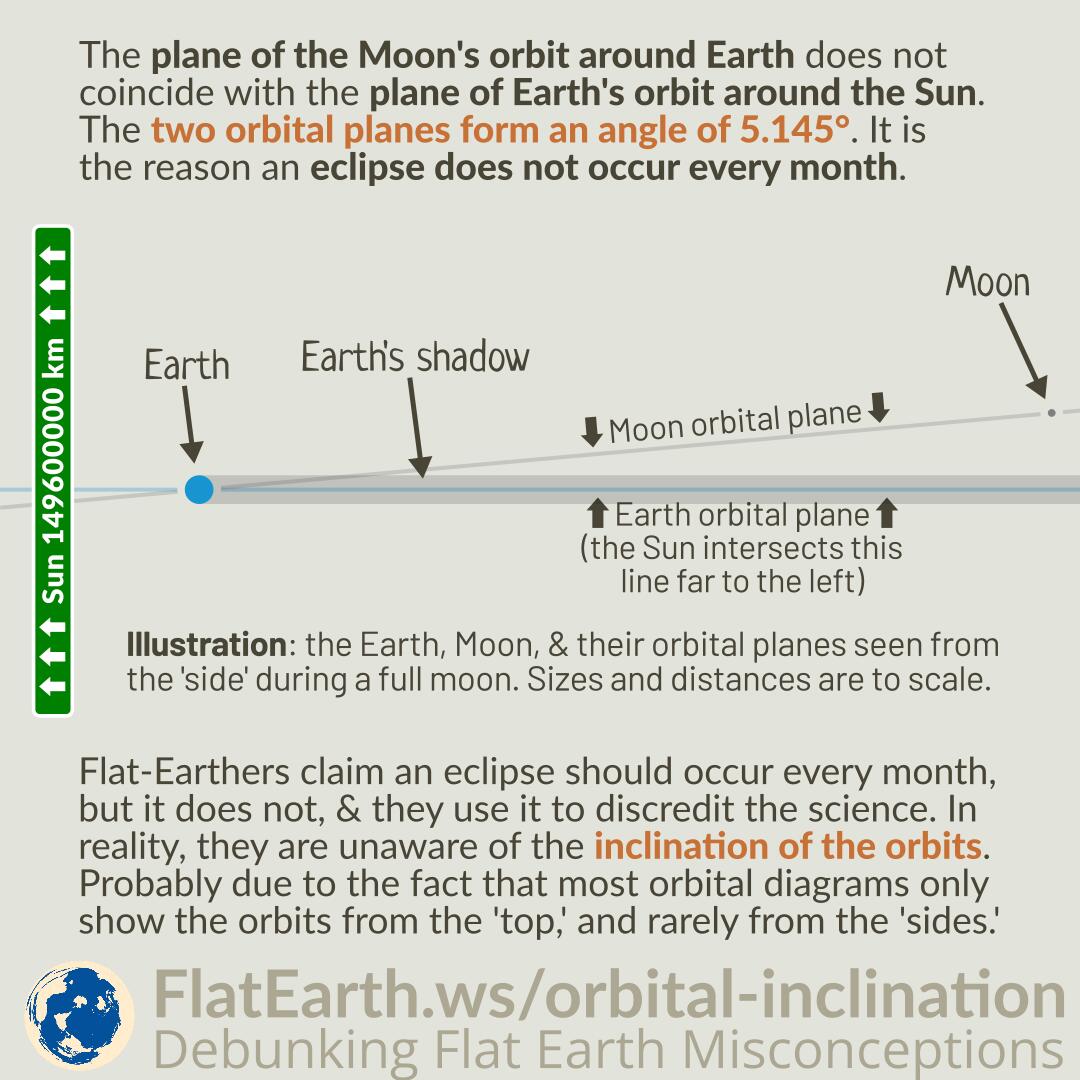 Flat-Earthers claim an eclipse should occur every month, but it does not, and they use it to discredit the science. In reality, they are unaware of the inclinations of the orbits.

Most of the diagrams describing the geometry of the Sun-Earth-Moon system are usually drawn seen from the “top,” but rarely from the “side.” 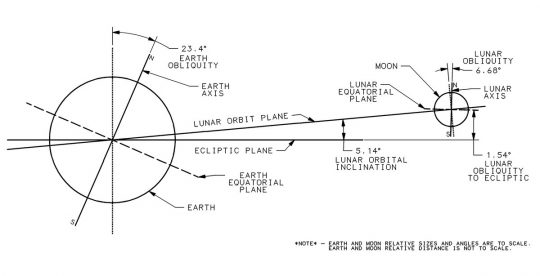 Because of the Moon’s orbital inclination, the Sun, Earth, and Moon do not always form a straight line during a full moon or a new moon, and an eclipse does not occur every month. An eclipse can only happen when the Moon’s position is at the orbital node or when the Moon happens to cross the plane of Earth’s orbit.