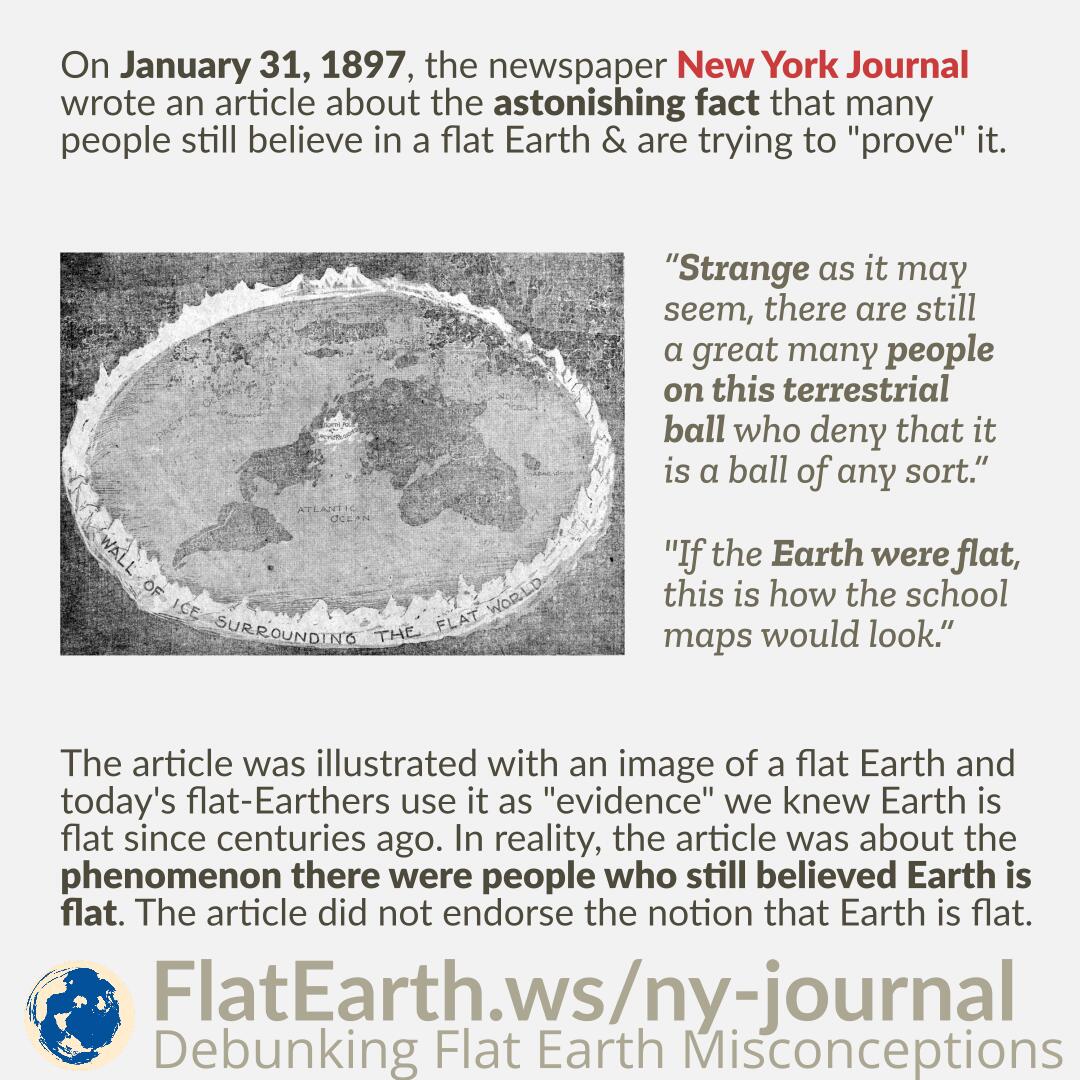 On January 31, 1897, the newspaper New York Journal wrote an article about the astonishing fact that many people still believe in a flat Earth and are trying to “prove” it.

The name of the newspaper is also a source of confusion. The New York Journal was a newspaper, not a scientific journal. It is more similar to the “Wall Street Journal” than “American Journal of Physics.”

A quote from the article:

“Strange as it may seem, there are still a great many people on this terrestrial ball who deny that it is a ball of any sort.”

The caption of the illustration:

“If the Earth were flat, this is how the school maps would look.”