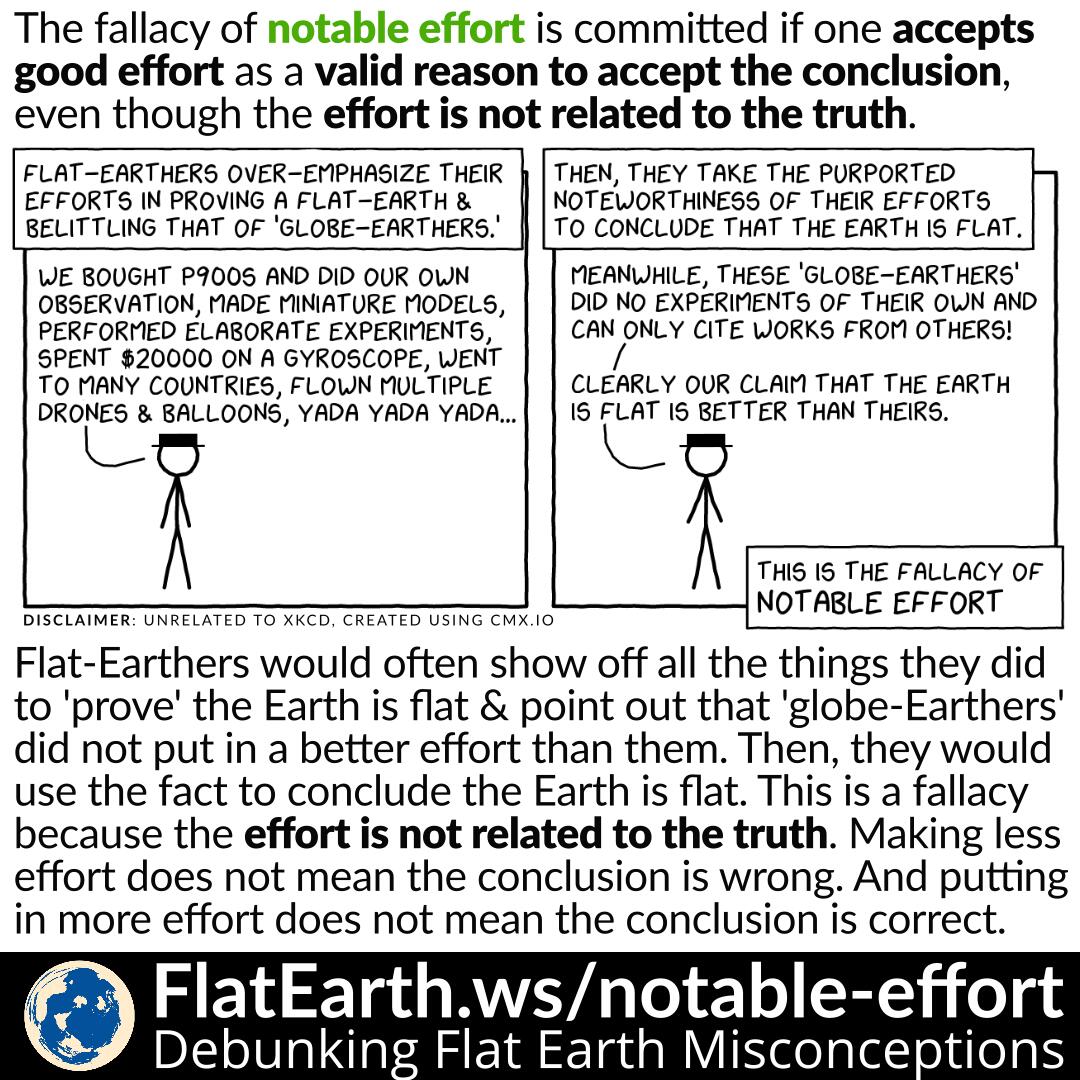 The fallacy of notable effort is committed if one accepts good effort as a valid reason to accept the conclusion, even though the effort is not related to the truth.

Flat-Earthers would often over-emphasize their efforts in proving a flat earth and belittling that from ‘globe-earthers’. Then they take the purported noteworthiness of their efforts to conclude that the Earth is flat. This is the fallacy of notable effort. Putting in more effort does not mean the conclusion is more correct.

Other than the error in reasoning, the premise that flat-Earthers put in a better effort is also flawed. They might get that impression due to these reasons: