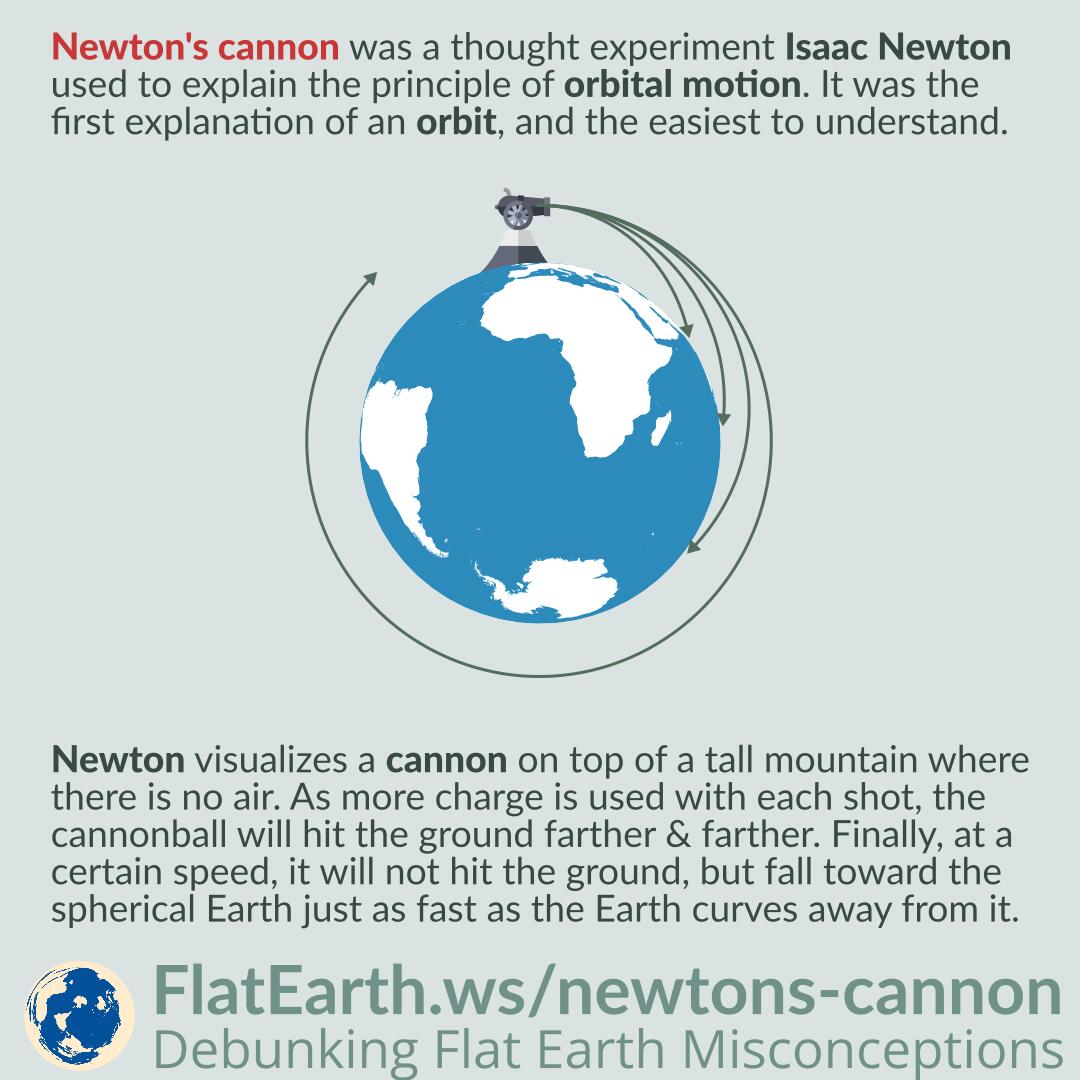 Newton’s cannonball was a thought experiment Isaac Newton used to explain the principle of orbital motion. It was the first explanation of an orbit and still the easiest to understand.

Newton visualizes a cannon on top of a very tall mountain where the air resistance is no longer a factor. As more charge is used with each cannon shot, the speed of the cannonball will be greater, and the cannonball will hit the ground farther and farther. Finally, at a certain speed, it will not hit the ground at all. It will fall toward the spherical Earth just as fast as the Earth curves away from it. In the absence of drag from the atmosphere, it will continue forever in orbit around the Earth.