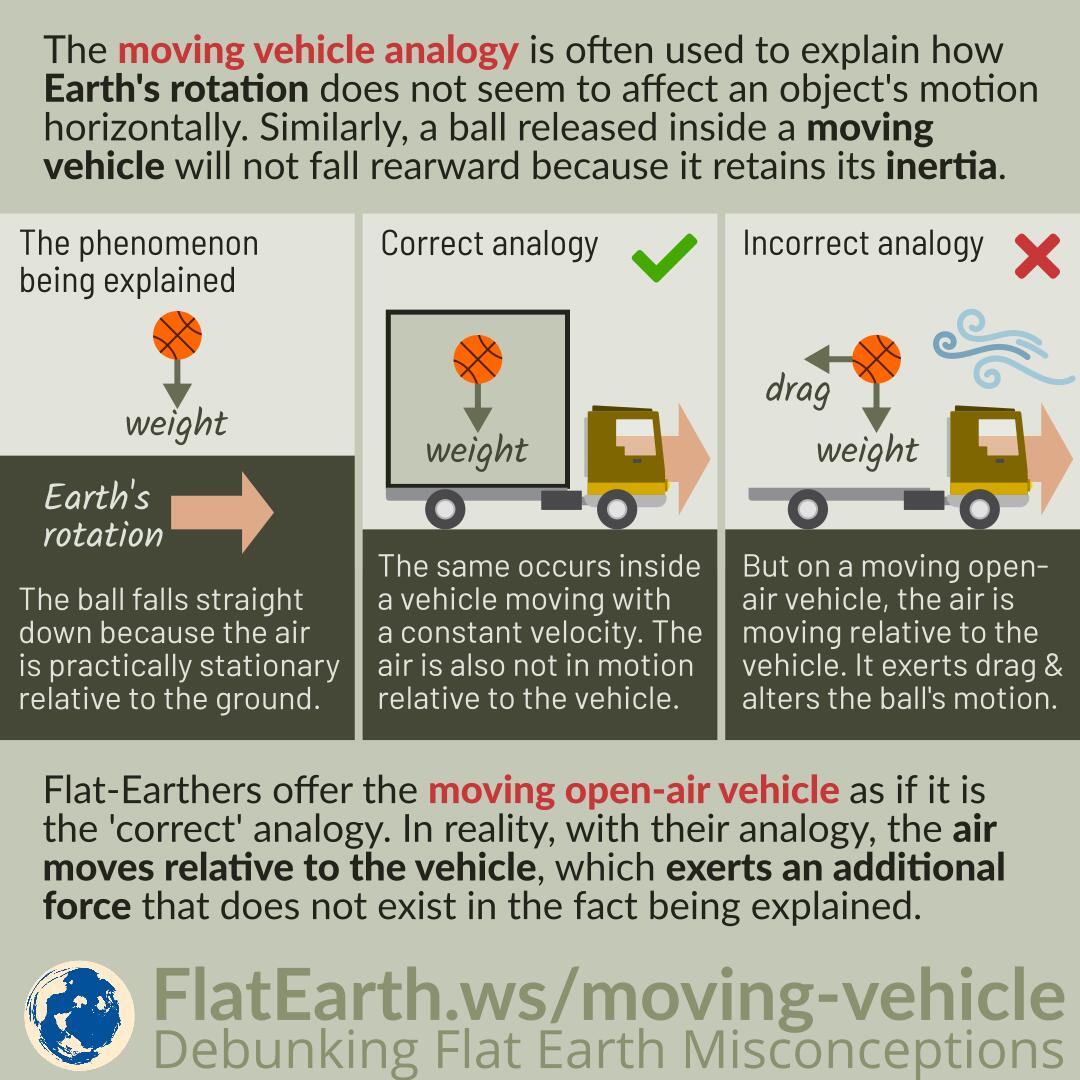 The moving vehicle analogy is often presented to explain how Earth’s rotation does not seem to affect an object’s motion. Similarly, a ball released inside a moving vehicle will not fall rearward because it retains its inertia.

The same thing occurs inside a vehicle moving with a constant direction and speed. The air is stationary relative to the vehicle and the object inside it. It will not affect the motion of a falling object horizontally. From the reference frame of the vehicle, the object will fall straight downward.

On the other hand, with an open-air vehicle, the air moves relative to the vehicle, exerting drag to all objects on the vehicle. It will alter the horizontal motion of the object. Because this additional force does not exist in the fact being explained, then their analogy is faulty.