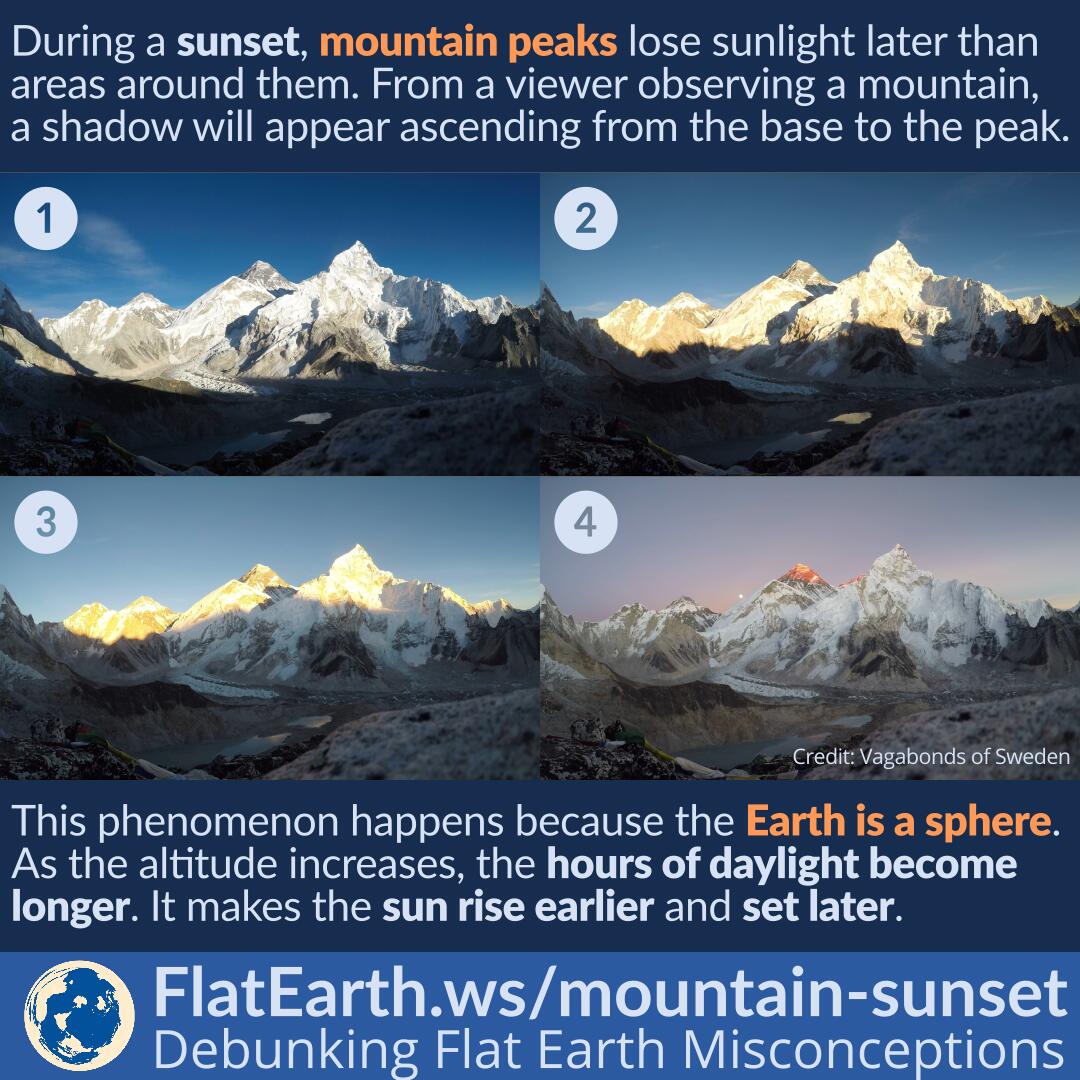 This phenomenon occurs because the Earth is a sphere. As the altitude increases, the hours of daylight become longer. It makes the sun rise earlier and set later.

This phenomenon can never be explained in the flat Earth model. On the other hand, in the spherical Earth model, not only it can be explained, but the occurrence can also be calculated, and the result will be 100% consistent with observation.

Videos of Sunsets at Mount Everest