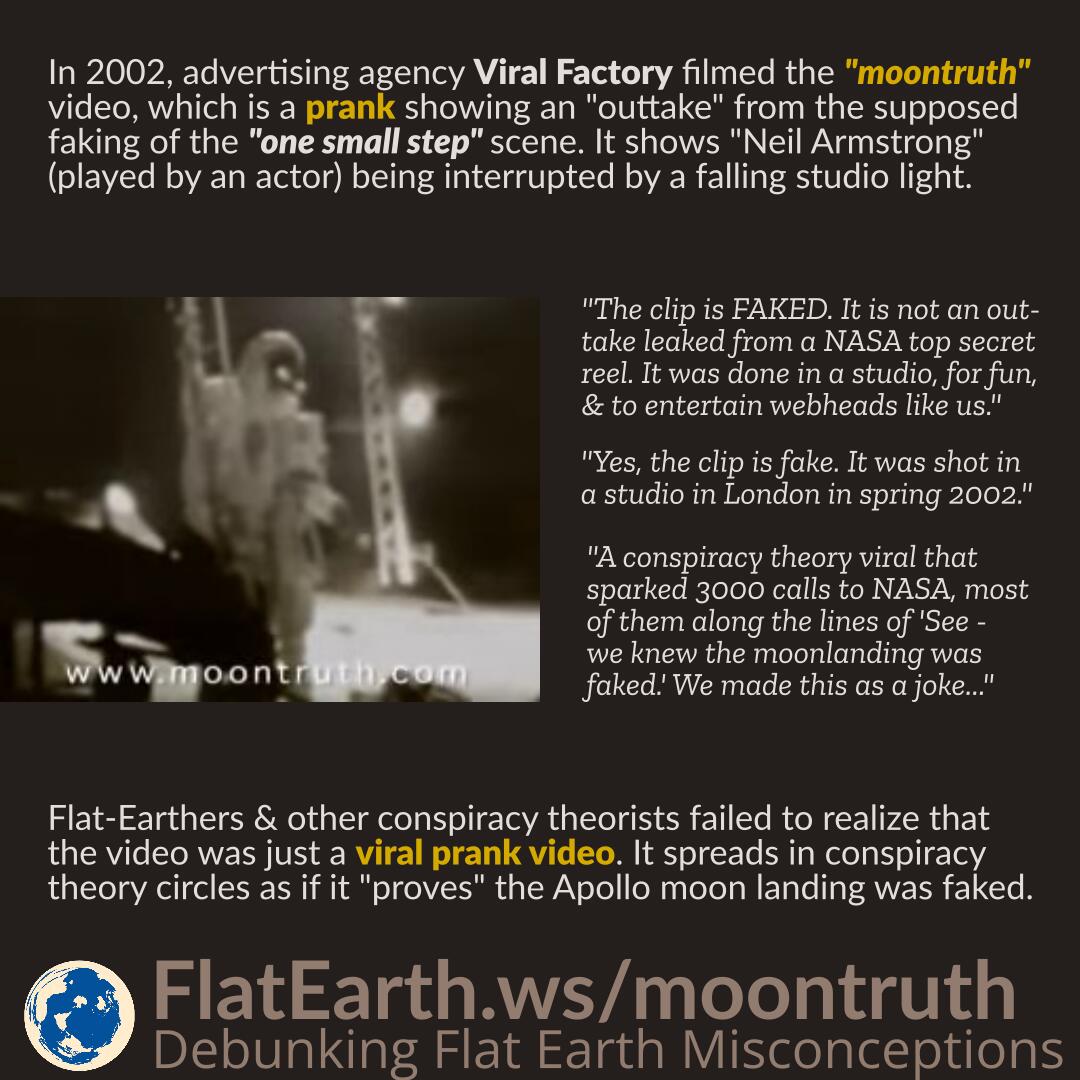 In 2002, the advertising company Viral Factory filmed the “moontruth” video, which is a prank showing an “outtake” from the supposed faking of the “one small step” scene. The video shows “Neil Armstrong” (played by an actor) being interrupted by a falling studio light.

Flat-Earthers and other conspiracy theorists failed to realize that the video was just a viral prank video. It spreads in conspiracy theory circles as if it “proves” that the Apollo moon landing was faked.

We shot on original 1960’s Ikegami Tube Camera in Mount Pleasant Studios in London. The guy in the suit is an actor. The rest of the ‘cast’ were basically the crew, who thought the idea was very funny and wanted to be in it.

The clip is FAKED. It is not an out-take leaked from a NASA top secret reel. It was done in a studio, for fun, and to entertain webheads like us.

Yes, the clip is fake. It was shot in a studio in London in spring 2002. It was based on an idea by director Adam Stewart, who was a space exploration nut. He had read the conspiracy theory sites and decided he wanted to make a spoof based on the idea that the Apollo 11 moonlanding was faked.

A conspiracy theory viral that sparked 3,000 calls to NASA, most of them along the lines of “See – we knew the moonlanding was faked.” We made this as a joke, and it was written and directed by a guy called Adam Stewart who tragically died about 1 year later. He directed Headrush and Gift as well.