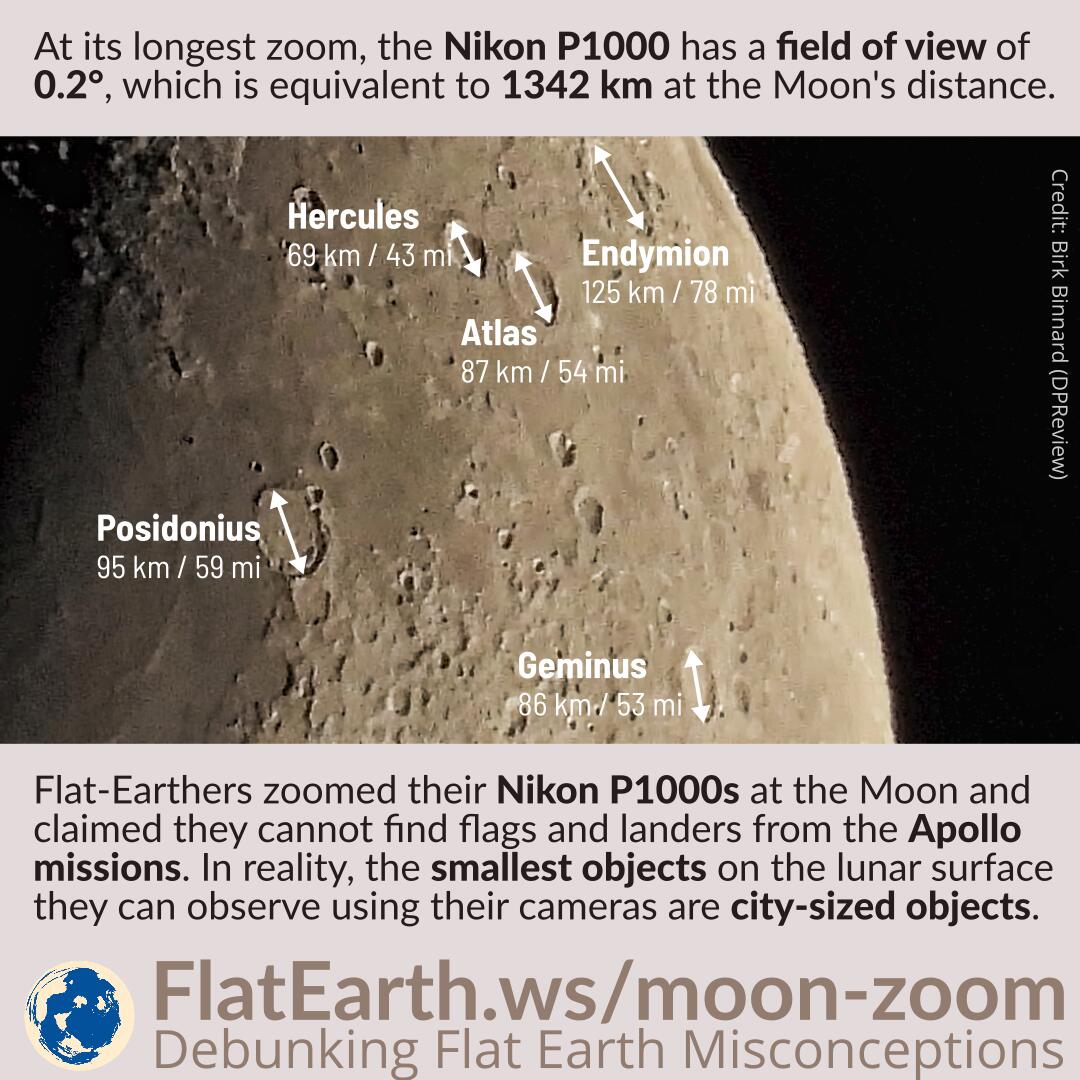 Flat-Earthers zoomed their Nikon P1000 at the Moon and claimed that they could not find flags and landers from the Apollo missions. In reality, the smallest objects on the lunar surface they can observe using their cameras are large city-sized objects.