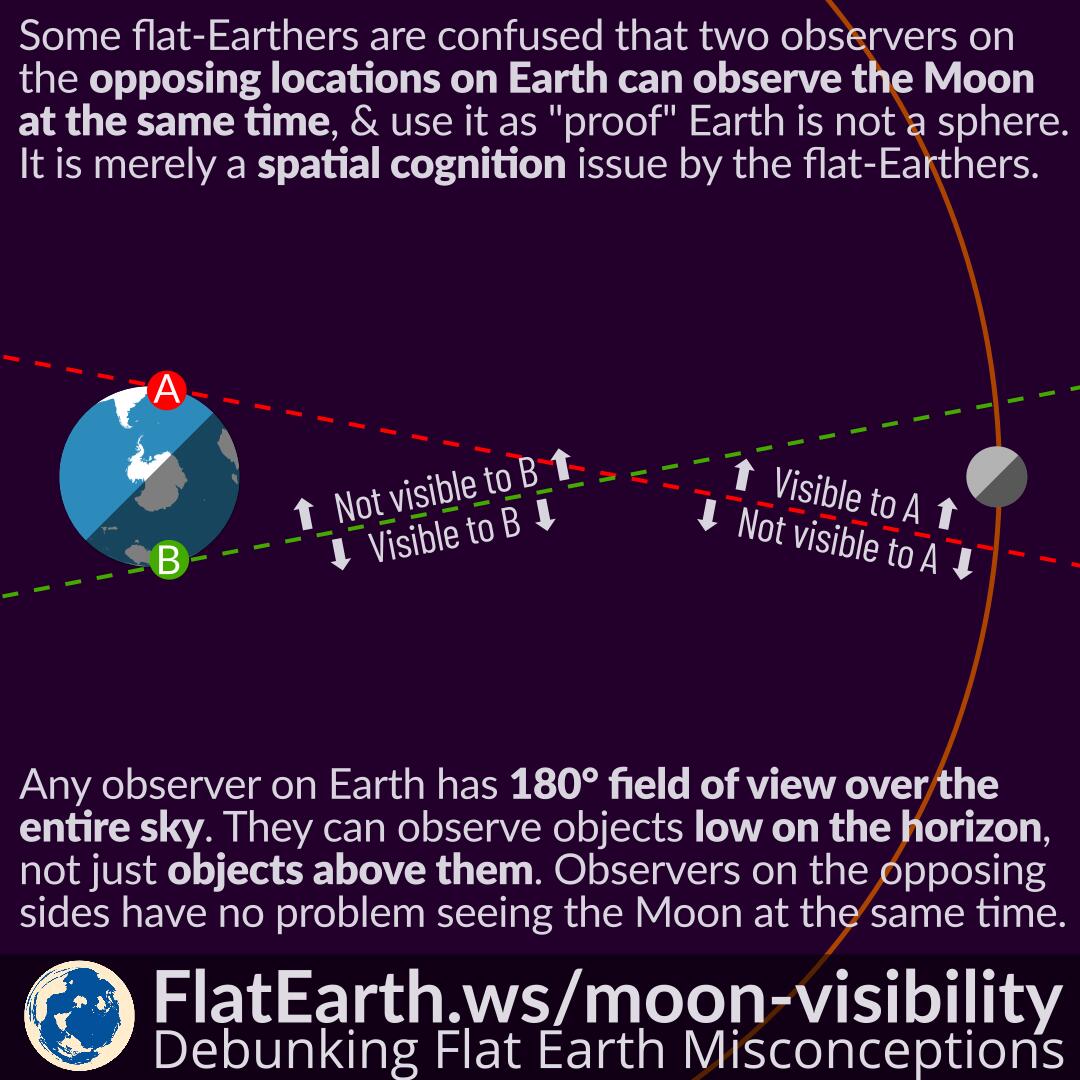 Some flat-Earthers are confused that two observers on the opposing locations on Earth can observe the Moon at the same time, and they would use it as ‘proof’ that the Earth is not a sphere. It is merely a spatial cognition problem by the flat-Earthers.

Any observer on Earth’s surface has 180° vertical field of view over the entire sky. They can observe objects low on the horizon, not just objects above them. Observers on the opposing sides of the Earth would have no problem seeing the Moon at the same time.

Apart from that, light is also affected by atmospheric refraction. Due to atmospheric refraction, a distant object will appear higher than its real position. Therefore, even if the two observers are perfectly opposite to each other, it is still possible for them to see the Moon at the same time. Obviously, the Moon has to be very close to the horizon, during the time it is rising and setting, at the same time.

This is a very common spatial cognition problem. Many people intuitively think that an observer can only observe the sky above.  In reality, we can also take a sight to the direction to the ‘sides’, parallel to the ground. A very simple explanation or demonstration should be able to easily clear the confusion.

The problem with flat-Earthers is that they are very motivated to find an oddity, no matter how small, not to learn and discover the real truth. They will happily use their inability to understand the facts as “evidence” of some conspiracy.