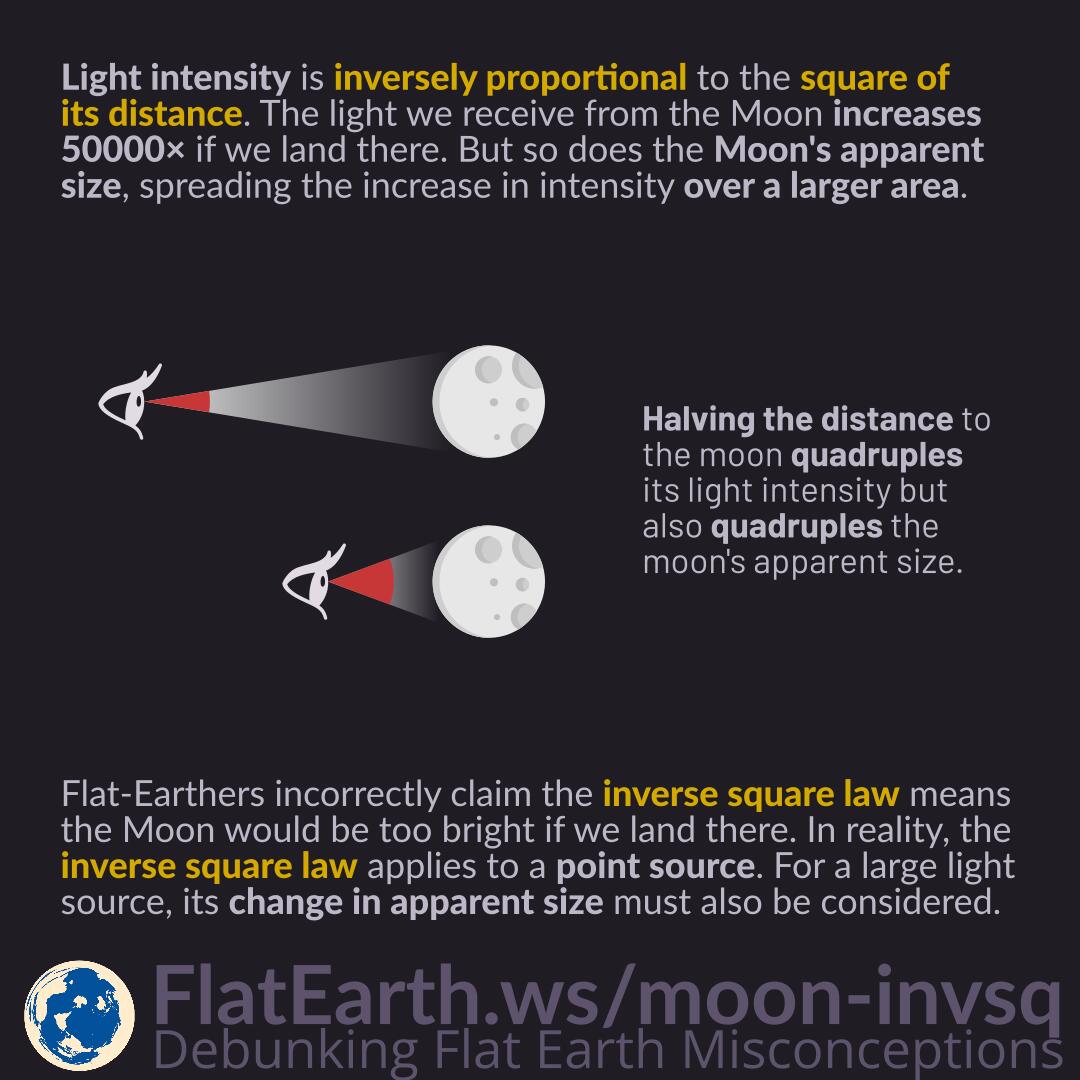 Light intensity is inversely proportional to the square of its distance. The light we receive from the Moon increases 50000× if we land there. But so does the Moon’s apparent size, spreading the increase in intensity over a larger area.

Flat-Earthers incorrectly claim the inverse square law means the Moon would be too bright if we land there, and they use the argument to “prove” it is impossible to go to the Moon. In reality, the inverse square law applies to a point source. For a large light source, its change in apparent size must also be considered.

For example, halving the distance to the Moon quadruples its light intensity but also quadruples the Moon’s apparent size. As a result, the brightness per solid angle stays constant.