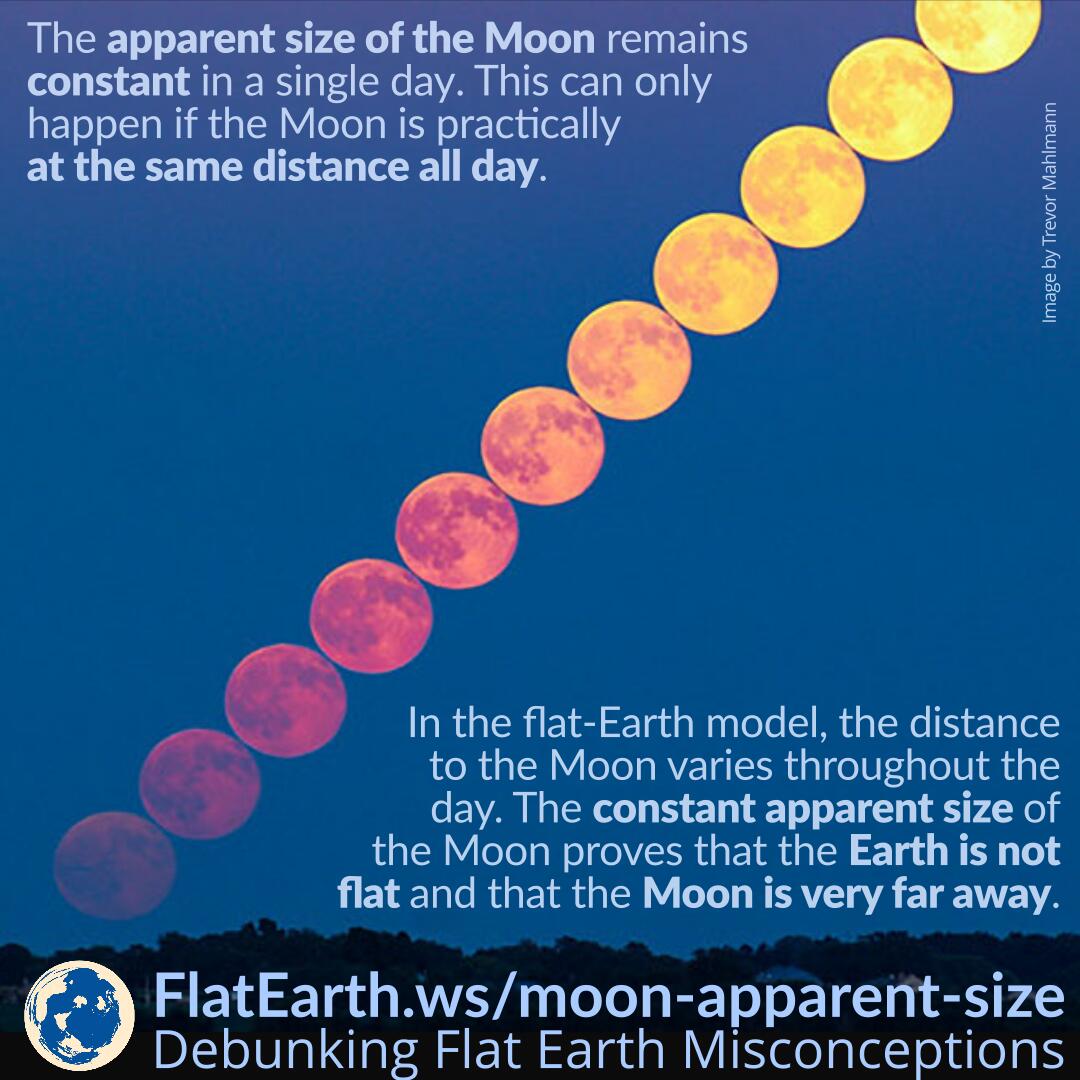 The apparent size of the Moon remains constant in a single day. This can only happen if the Moon is practically at the same distance all day.

A supermoon is a full moon that nearly coincides with perigee, the closest that the Moon comes to the Earth in its orbit. A supermoon appears larger than usual, and it happens all day as expected by the spherical Earth model.

The constant apparent size of the Moon in a day is one of many observations that invalidates the flat-Earth model.